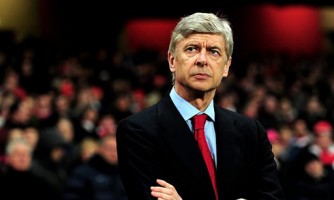 He has been the manager of Arsenal since 1996, where he has since become the club's longest-serving manager and most successful in terms of major titles won. Football pundits give Wenger credit for his contribution to the revolutionising of football in England in the late 1990s through the introduction of changes in the training and diet of players.

In 1996, Wenger was named manager of Arsenal and two years later the club completed a league and FA Cup double. The club won another league and cup double in 2002 and retained the FA Cup a year later. In 2004 Wenger managed Arsenal to a league season undefeated, a feat last accomplished by Preston North End, 115 years previously. Arsenal later eclipsed Nottingham Forest's record of 42 league matches unbeaten and went seven more matches before losing in October 2004. The club made their first appearance in a Champions League final in 2006, though they lost to Barcelona. After a period of nine years without a trophy, which coincided with the club relocating to the Emirates Stadium, Wenger guided Arsenal to further FA Cup success in 2014 and 2015. Alongside George Ramsay, he is the most successful manager in the competition's history with six.