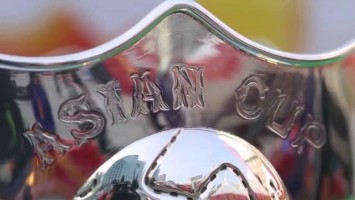 The AFC Asian Cup is an international association football tournament run by the Asian Football Confederation (AFC). It is the second oldest continental football championship in the world after Copa América. The winning team becomes the champion of Asia and automatically qualifies for the FIFA Confederations Cup.

The Asian Cup was held once every four years from the 1956 edition in Hong Kong until the 2004 tournament in Mainland China. However, since the Summer Olympic Games and the European Football Championship were also scheduled in the same year as the Asian Cup, the AFC decided to move their championship to a less crowded cycle. After 2004, the tournament was next held in 2007 when it was co-hosted by four nations: Indonesia, Malaysia, Thailand and Vietnam. Thereafter, it has been held every four years.

The Asian Cup has generally been dominated by a small number of top teams. Initially successful teams included South Korea and Iran. Since 1984, Japan and Saudi Arabia have been the most successful teams, together winning 7 of the last 9 finals. The other teams which have achieved success are Iraq (2007) and Kuwait (1980), and Israel have also won the tournament although they have since joined UEFA.

Australia joined the Asian confederation in 2007 and hosted the Asian Cup finals in 2015.[1] The 2019 tournament will be expanded from 16 teams to 24 teams, with the qualifying process doubling as part of the qualification for the 2018 FIFA World Cup.

The tournament will be hosted by the United Arab Emirates. Unlike other confederation tournaments, the Asian Cup has often been rescheduled to another time of year to better suit the climate of the host nation, for example in 2007 it was played in July but the following two tournaments were played in January.