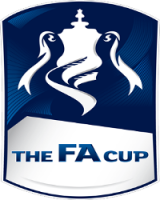 The Football Association Challenge Cup, more commonly known simply as The FA Cup, is an annual knockout association football competition in men's domestic English football. First played during the 1871–72 season, it is the oldest association football competition in the world. It is organised by and named after the Football Association. For sponsorship reasons, from 2015 through to 2018 it is also known as The Emirates FA Cup. A concurrent women's tournament is also held, the FA Women's Cup.
The competition is open to any eligible club down to Levels 10 of the English football league system - all 92 professional clubs in the Premier League and Football League (Levels 1 to 4), and several hundred "non-league" teams in Steps 1 to 6 of the National League System (Levels 5 to 10)