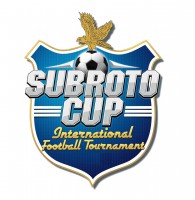 The first Subroto Cup Football tournament was played 54 years back. Since then, the Indian Air Force has been working consistently towards developing grassroots-level football in India along with the help of its various stakeholders and partners.
The tournament now sees more than 20000 schools take part in pan-India elimination rounds which last for 10 months before the best of them book a berth at the Subroto Cup finals which are held in Delhi every year.
Over the years, the tournament has grown in stature and recognition with International participation becoming a regular feature.
The tournament has seen some of India's National Football Team stars pass through its rigour as young school children. In a bid to encourage women's participation in sport and to bolster 'women's empowerment', the doors to the tournament were also opened for girls.
The legacy of the Subroto Cup, which has been proudly handed down over the ensuing decades speaks much about its commitment to youth in particular and to Indian society in general.