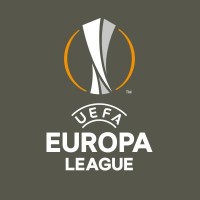 The UEFA Europa League, previously called the UEFA Cup, is an annual association football club competition organized by UEFA since 1971 for eligible European football clubs. Clubs qualify for the competition based on their performance in their national leagues and cup competitions.

In 1999, the UEFA Cup Winners' Cup was abolished and merged with the UEFA Cup.[ For the 2004–05 competition a group stage was added prior to the knockout phase. The 2009 re-branding included a merge with the UEFA Intertoto Cup, producing an enlarged competition format, with an expanded group stage and changed qualifying criteria. The winner of the UEFA Europa League qualifies for the UEFA Super Cup, and from the 2014–15 season onwards the winner of the UEFA Europa League also qualifies for the next edition of the UEFA Champions League. The winner enters at least at the play-off round (assuming they do not already qualify through domestic performance), and will enter the group stage if the berth reserved for the Champions League title holders is not used.

The title has been won by 27 different clubs, 12 of which have won the title more than once. The most successful club in the competition is Sevilla with four titles.[6] Sevilla are the current champions after defeating Dnipro Dnipropetrovsk in the final to win the 2014–15 UEFA Europa League.