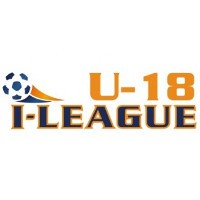 The I-League U18 previously known as I-League U19[1] is the top level of youth football in India. It is contested between the under-18 sides of The I-League teams. The most successful team currently is Pune Academy who won the league in 2012 and 2013. AIFF Elite Academy are the current two-time champions.

All teams play each other in their respective groups twice – home and away. At the end of the group stages, the top two teams go through to the final phase in Kolkata, Maharashtra, Goa and Shillong-Guwahti zones. However, only the top team goes through from the Rest of India zones: Zone A, Zone B and Zone C and Delhi zone making it a total of 12 teams progressing to the Final Round.

Those twelve teams will be divided into three groups and the group champions, along with the ‘Best Second Placed Team’ will qualify for the semi-final which will be followed by the final to decide the U-18 I-League 2016-17 champions.