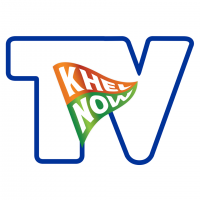 Shaji Prabhakaran, FIFA’s Regional Development Officer for South and Central Asia has authored a new book. The book titled ‘Back To The Roots’ focuses on grassroots development of the sport in South Asia and the lessons drawn thereof. The book published by Roli books and co-presented by Khel Now will be officially launched on Monday, 7th November at the Le Meridian in New Delhi.

The book draws on Prabhakaran’s vast experience in the region’s football business. Before taking up his correct position with world football apex body Prabhakaran has served in several capacities in football development, including as Founder of the Football Khelo Foundation as well as Founder & MD of Futfire Sports India Pvt. Ltd. A former Research Scholar at the Lakshmibai National institute of Physical Education he also holds UEFA and AFC coaching badges. The former football consultant and analyst has also been with the All India Football Federation (AIFF) as Director Vision & National Youth Teams for five years between 2004-2009. It is the learning drawn out of this plethora of experience that should make the book a fascinating read.

The book launch will be graced by prominent Indian footballers and dignitaries including AIFF President Praful Patel, IM Vijayan, Bhaichung Bhutia, Jo Paul Ancheri, Bruno Coutinho and Deepak Mandal. The launch will be followed by a panel discussion on ‘Football Development Indicatives in India and its Impact.’ The discussion will feature thoughts by prominent personalities from Indian football and other sports on the subject.

Speaking about his upcoming book Prabhakaran said, “It was an extremely enriching and enjoyable experience to put the book together. The book will provide insights into various aspects of football development. The aim is to develop a better understanding of the grassroots development of the sport and the processes therein.”