These names have helped make the jersey number the stuff of legend.

Ever since the globalization of football and its acceptance by the masses, its viewership advanced to new heights. With ever-increasing footfall in the stadiums, the need to recognize the favourite players grew strong. Legendary Arsenal manager Herbert Chapman was a visionary. Among other things, he introduced the concept of squad numbers which at that time seemed insignificant. But time has changed the way the game is viewed and marketed.

#11 is assigned to a left-winger because the numbers were allotted based on the playing XI and LW are always last in the pecking order. Though in the modern era, the squad numbers do not generally matter. They are simply allotted based on the club’s reforms or the available numbers. Such was the curious case of the Serbian full-back Aleksandar Kolarov, who wore the #11 jersey while running up and down the left flank with defensive duties.

Great players like Ryan Giggs, Didier Drogba, Romario, Miroslav Klose and the greatest, George Best wore it before making the number 7 jersey a legacy at Manchester United. The spotlight for #11s may have declined over the years, there are still a lot of effective players who leave an everlasting impact. After much analysis, we have come up with a list of world-class players who wear  #11 on their backs, based on their FIFA 20 ratings and their impact on the game.

Mohamed Salah is an Egyptian midfielder who currently plays for Liverpool. The 25-year-old winger has super speed and shot power that has haunted goalkeepers all across England and Europe. The left-footed forward is most suited on the right wing owing to his ability to tuck in and emulate Robben.

Salah came to Merseyside in the summer of 2017 and Roberto Firmino gave his number 11 to him. He has been consistent for the Reds, scoring and assisting several and taking the league by storm. Since then, the 27-year-old has scored a massive 77 goals and assisted another 32, winning the Champions League during the process.

He is one of the rare players who has stuck to a particular number for a very long time, probably the longest on this list. He was appointed number 11 during his days in Borussia Monchengladbach and has continued to use the number with Dortmund and Germany.

Reus has ample pace and a vision to create and score goals. If it had not been for his injuries, we would have seen a much greater impact from the player. Marco Reus, when fit, can do wonders on the field, proven by his performances in 2013 UCL semi-finals.

They nicknamed him El Fideo, which translates to The Noodle, because of his very thin and long legs. When he receives the ball and runs at full speed, it feels as though Bugs Bunny has just taken a carrot and is on the escape. Regardless of that, he is a world-class dribbler who can humiliate any player, anytime.

Angel Di Maria, apart from his 2014 UEFA Champions League final stardom, is widely known for his infamous exit from Old Trafford and being another prey to the  #7 duties at United, but after setting foot in Paris, he was given the  number 11 jersey, indicating an important role for him.

A wiry player who uses his pace and crossing to good effect, Di Maria is one of the prospects that any team would kill for. Though his performances have become better, Di Maria is no more the sole threat in a rapidly rising squad of world-class players. The arrivals of Mbappe and Neymar likely pushed Di Maria to the fringes but he is back on the field.

Once the costliest player on the planet, Gareth Bale has tremendous pace along with ample dribbling and shooting abilities that any team would love to have. Bale’s transformation from a maligned left-back into one of the most fearsome wingers on the planet is quite well documented. With the Welshman proving his detractors wrong time and again during his journey from the south coast of England to the glaring lights of the Bernabeu.

After his consistent performances on the wings, he was given the number 11 jersey at his former club, Tottenham Hotspur. Bale has been wearing the same number since then. His meteoric rise has mirrored the rise of Wales from #117 in 2011 to 13 in 2017 in the FIFA Rankings.

When Bayern Munich bought the Brazilian, many expected him to bench Arjen Robben and make his way into the first team. After a decent first season at the club in 2015, he fell down the pecking order under Carlo Ancelotti who preferred using Franck Ribery – and the Frenchman had vindicated Ancelotti’s trust in him.

Douglas Costa was then offloaded to Juventus primarily on a loan following which he joined the Italian champions on a permanent transfer where he was also awarded the number 11 jersey. He is relatively versatile and can drift into several positions. He is sound on both wings, can ply his trade in the hole and as a striker. His work ethic and commitment towards the team is extraordinary. His first season in Germany being a testament to that.

Hailed as a future Ballon d’Or winner by former United defender and compatriot Mikael Silvestre, such praise has become the norm for Ousmane Dembele. After a tussle that involved all major European giants ended with a transfer to Borussia Dortmund from Rennes last summer, Dembele was nothing short of a revelation for the Bundesliga giants. An excellent debut season at Dortmund saw yet another steep climb in the upward trajectory of his career. He became the marquee signing for Barcelona after Neymar snubbed the La Liga giants for Paris Saint Germain.

Post-Neymar’s transfer, Dembele donned the Brazilian’s number 11 jersey to form Barca’s new trident – MSD. He can use both his feet with greater control and composure. Even before Kylian Mbappe exploded onto the scene in Ligue 1 , Dembele had previously set a remarkable scoring record in France’s top flight. Number 11 Football Players – Thomas Lemar is a star in the making for Atletico Madrid.

One of the alumni from AS Monaco’s Ligue 1 winning season, Thomas Lemar was on the radar of many European giants. Liverpool came close to sign him in 2018 but the 23-year-old joined Atletico Madrid.

Since then, the Frenchman has established himself as one of the starters under Diego Simeone and has been the deserving bearer of the number 11 jersey. Often neglected in the list of bright midfielders, Lemar is definitely a star in the making. 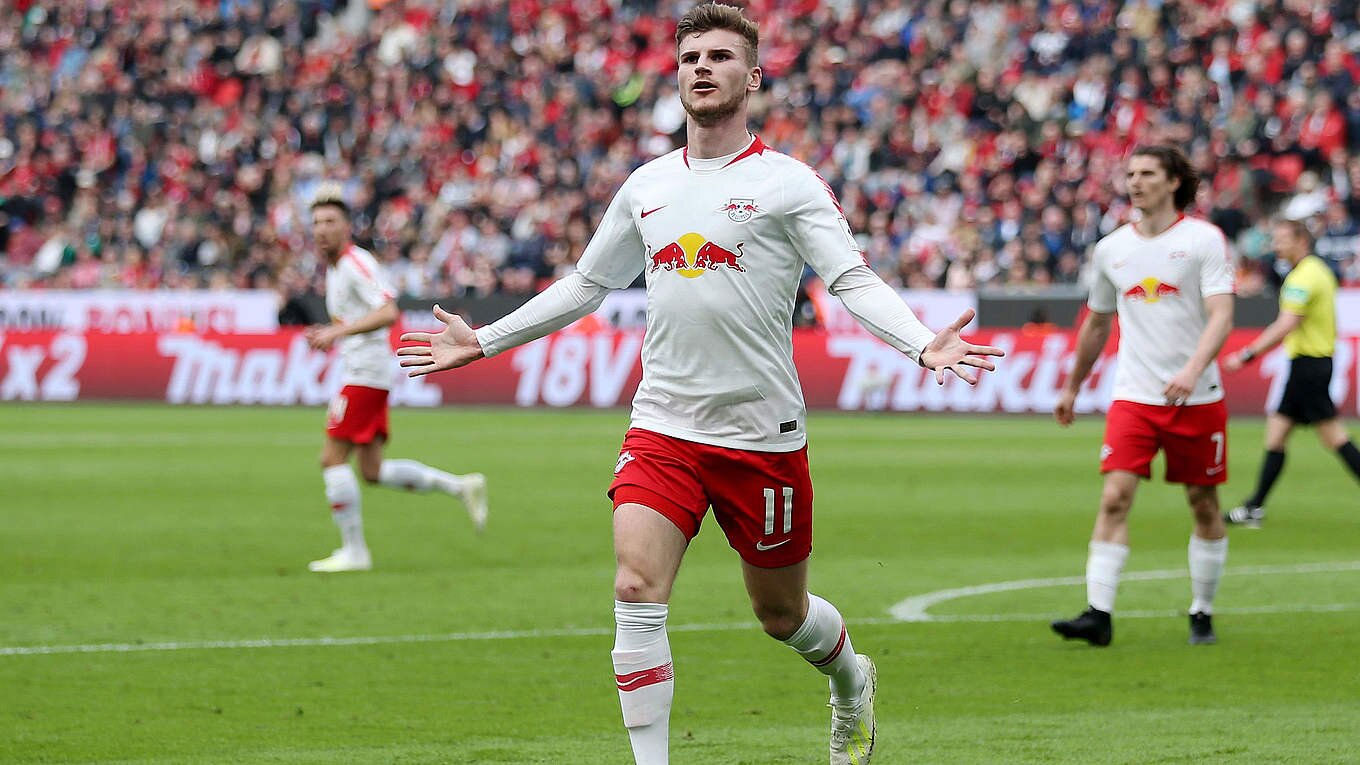 Number 11 Football Players – Timo Werner has been a goal-machine for RB Leipzig since 2016.

Following a fantastic season with RB Leipzig, Timo Werner grabbed the attention of many European clubs. The 23-year-old is a typical goal-poacher and certainly a huge prospect for the Germany Football Team.

Since 2016, Werner has gone on to score a mammoth 68 goals in 124 appearances. The youngest ever goalscorer for VfB Stuttgart has a bright future in front of him. He has certainly made his number 11 jersey invaluable.

Hirving Lozano had emerged as one of the best young players during Mexico’s campaign in the FIFA World Cup 2018. The 24-year-old earned lots of applauds for his hustling display and was clearly a standout performer for his country.

Lozano’s recent performances for PSV Eindhoven also gained him huge recognition which attracted Napoli. Since joining the Italian side, the club’s new number 11 is one to look out for in the future.

Pedro is a Spanish international who currently plays for Chelsea. He is regarded as one of the less gifted players to have made their way through sheer hard work. Pedro has won just about everything possible in Spain, both on the domestic and the international front.  The winger has been a workhorse for every manager, playing in unnatural positions for the needs of the team.

After his trade to Chelsea, he wore number 17 on his back, however, following the departure of Oscar, number 11 became his forte. He has been pretty flawless in every position he has played in for Chelsea, winning the Premier League last season.

Top 10 greatest players to wear the No.7 jersey

The most decorated player in Indian football history is none other than Sunil Chhetri. He has been one of the front-runners and has been there since the inception of his current club Bengaluru FC. Chhetri’s international career is highly identical to that of Bale and the Welsh football team.

The 35-year-old has been a pivotal factor in the rise of the Indian Football Team from #173 to #104. He is one of the rare active players who are the current leading goalscorers for their respective countries. Captain Fantastic, ever since wearing the armband for The Blues, has been wearing the number 11 jersey.