The top four teams are separated by just three points in the German first division.

A resurgent Bayern returned to the top of the Bundesliga table at Leipzig’s expense a week ago, after beating 1. FSV Mainz 05 to record their sixth successive league win. Robert Lewandowski, Thomas Müller and Thiago Alcantara all netted, extending their new year scoring sprees, with all three having scored in each of the first three matches of 2020.

Lewandowski was also on target when Bayern last met Leipzig in a keenly contested 1-1 draw earlier in the campaign. The Poland striker begins the weekend on 22 Bundesliga goals for the season, two more than Leipzig counterpart Timo Werner, who has gone two matches without a goal for the first time since early October 2019.

Two is the magic number for the Germany international, though: he scored a brace against Bayern in a nine-goal thriller for the ages three years ago, and has already hit four Bundesliga doubles this season – as well as a pair of hat-tricks. A win would take Leipzig from second to the summit, two points clear of the record champions.

A draw between the Bundesliga’s top two would arguably be the best result for third-placed Borussia Dortmund. The Black-Yellows have started 2020 with a bang, becoming only the fourth team in history to score at least five goals in three matches on the spin.

New signing Erling Haaland has monopolised the headlines after helping himself to a record seven goals in three appearances spanning just 136 minutes, but Jadon Sancho has shone in the Norwegian’s sizable shadow, becoming the Bundesliga’s first teenager to reach 25 goals with his effort in the 5-0 rout of 1. FC Union Berlin. 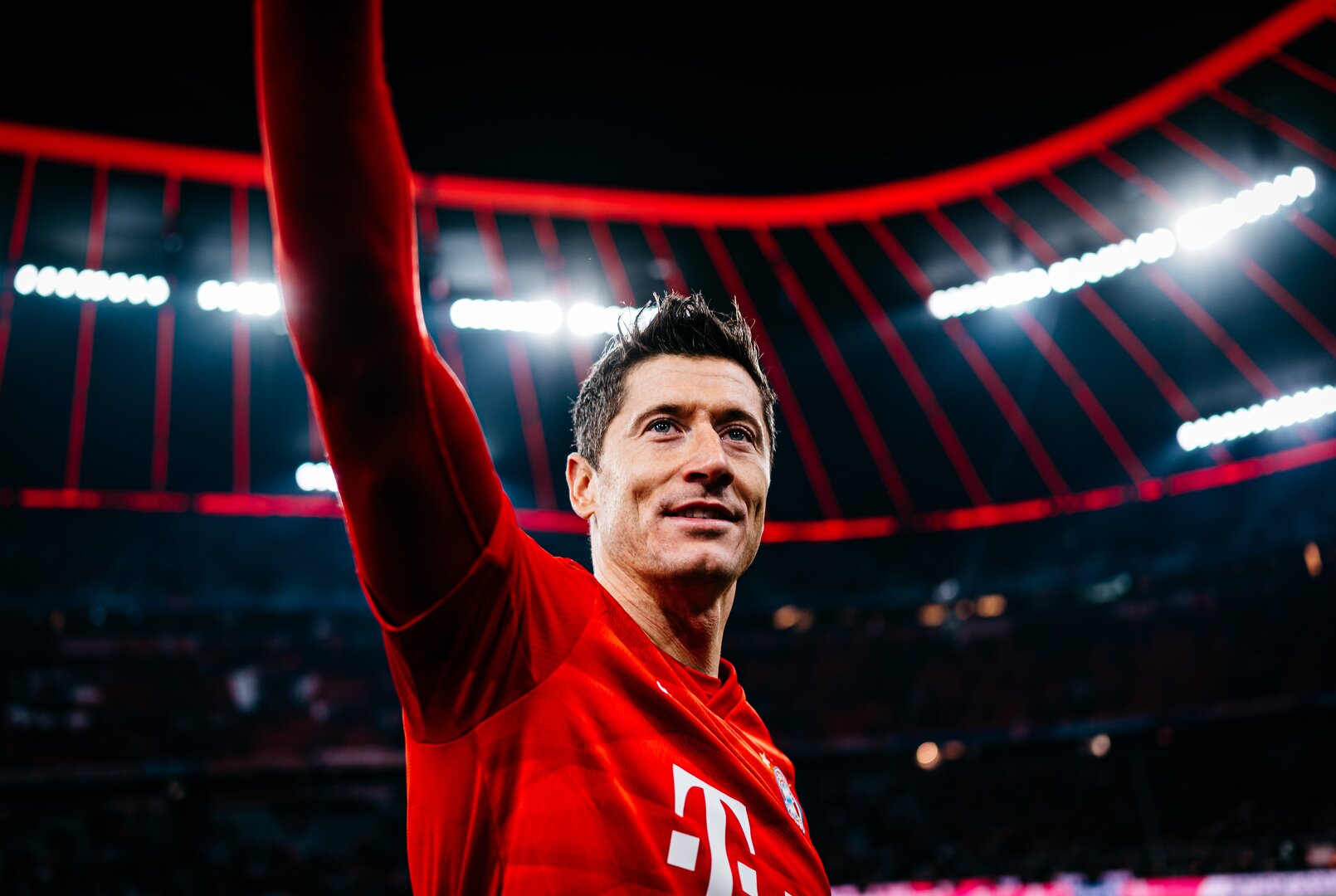 Bundesliga Matchday 21: Robert Lewandowski is the leading goalscorer in the league with 22 goals

Kai Havertz came close with 24 goals to his name before turning 20 last summer. The Bayer 04 Leverkusen talisman has added four to his tally this season, including two in year-opening wins over SC Paderborn 07 and Fortuna Düsseldorf, before coming up short in the 2-1 defeat to TSG 1899 Hoffenheim.

Havertz and Co. nevertheless remain just five points behind visiting Dortmund ahead of a fixture that never ceases to amaze: the last four editions have produced 19 goals combined. Ominously for Bayer, all have ended in BVB wins.

Hoffenheim, for their part, travel to an SC Freiburg side with only one win in their last eight. Fellow top-six contenders FC Schalke 04 host Paderborn, buoyed by their midweek DFB Cup triumph over Jürgen Klinsmann’s Hertha BSC Berlin, but winless in their last two in the league. Bundesliga Matchday 21: Jadon Sancho has been a part of 24 goals(12 goals+12 assists) so far this season

Borussia Mönchengladbach lost to Schalke on Matchday 18, but took a point off Leipzig last time out, and remain firmly in the hunt for a first Bundesliga title since 1976/77 ahead of Sunday’s Rhine derby with local rivals 1. FC Köln. Rejuventated under coach Markus Gisdol and fuelled by the goals of Jhon Cordoba, the Billy Goats have a three-match winning run – as well as regional pride – to uphold.

Elsewhere, Düsseldorf travel to hot-and-cold VfL Wolfsburg fresh from a 1-1 draw with Eintracht Frankfurt on new coach Uwe Rösler’s debut and a 5-2 drubbing of 3. Liga outfit 1. FC Kaiserlsautern in the DFB Cup. SV Werder Bremen stunned Dortmund in the same competition, but host Union, having won only two and lost eight of their last 10.

Five Bundesliga stars who might secure pre-agreement moves in January

Top 10 highest scorers in the Bundesliga of all time

Mainz are a point better off than relegation play-off spot incumbents Bremen, but have suffered four defeats in a row and face an ambitious Hertha outfit steadily climbing away from the drop zone under Klinsmann’s astute gaze. The arrival of Lewandowski’s Poland strike partner, Krzysztof Piatek, has only heightened the buzz factor in the German capital.

A much-improved Frankfurt, aided and abetted by reborn US international Timothy Chandler – the defender has scored twice in three matches this year – kick-off the Matchday 21 action at home to Augsburg.