The Imphal-based side has strengthened significantly ahead of the next season.

The future of NEROCA FC was in doubt only until a few months ago when the Manipur-based club was about to shut down due to the lack of investors. But the Orange Brigade were not ready to give up just yet and they were awarded for their perseverance, as they were able to find new sponsors for the upcoming season. After a brilliant start to their I-League campaign (NEROCA FC finished second in their debut campaign in the league) things simmered down a bit for the club from Manipur last season as they finished at the sixth position.

With all the background unrest taken care of, NEROCA FC would like to show the same form that was shown in their debut season in the top flight and would even want to do one better than the 2017-18 season and win the whole thing.

Here, we’ll look at how the club is shaping up heading into the new season and what can work as their strengths, weaknesses over the course of the campaign.

Last season was full of ups and down for NEROCA FC. After a strong start to the season with consecutive wins against the likes of Mohun Bagan, Real Kashmir and Churchill Brothers – NEROCA FC seemed to lose its momentum under the new head coach Manuel Retamero Fraile. The loss in momentum saw them finish the season on sixth position which was a big fall from their second place finish in the previous campaign.

NEROCA FC had an uneventful pre-season compared to the other clubs of the league. They have played a few friendly games with different local teams from Manipur, which have yielded positive results for them.

Manuel Retamero Fraile  stepped down as the head coach of NEROCA FC at the end of last season  after their sixth-place finish. Former India international Renedy Singh was appointed to replace him, however, Singh also stepped down shortly after being appointed without managing a single match. Gift Raikhan has made a comeback at NEROCA FC

Following the departure of Renedy Singh, former head coach Gift Raikhan made a comeback to the Imphal-based side. Raikhan had previously led NEROCA FC to I-League and then finished second in their first season in the league. However, Raikhan left the club to join Aizawl FC in the following season, where he resigned in January 2019 after poor display in the league by his squad. Raikhan was then appointed as the technical director of Gokulam Kerala FC and subsequently finished the season as their head coach.

NEROCA FC has been very busy in the transfer market ahead of the upcoming season as they have made nine new signings, out of which six are overseas players.

One of the most notable signing is that of Trinidadian goalkeeper Marvin Devon Philip. Marvin has made a name of himself in the Caribbean and has represented Trinidad and Tobago 72 times. Joining Marvin is his countrymate, 22 year old defender Taryk Sampson and the Congolese duo of Gaty Kouami and Sekle Yawo Zico.

Former Bengaluru FC and Chennaiyin FC midfielder Siam Hanghal is the most notable of the Indian signings.

NEROCA FC let go of their entire roster of overseas players. Among the departures the most notable one is that of Japanese midfielder Katsumi Yusa . The former East Bengal and Mohun Bagan midfielder scored six times and set up two more in the 17 appearances made for The Orange Brigade.

Other departures include that of Nigerian forward Felix Odili Chidi who was the top scorer for the East Imphal club in the previous season.

With Raikhan back in the helm NEROCA FC fans will get to see a familiar style of playing football. The former Aizawl FC manager likes to have a balanced team with a strong midfield. The entire game is run by strong midfielders who help in transitioning the play from defense to attack with ease. 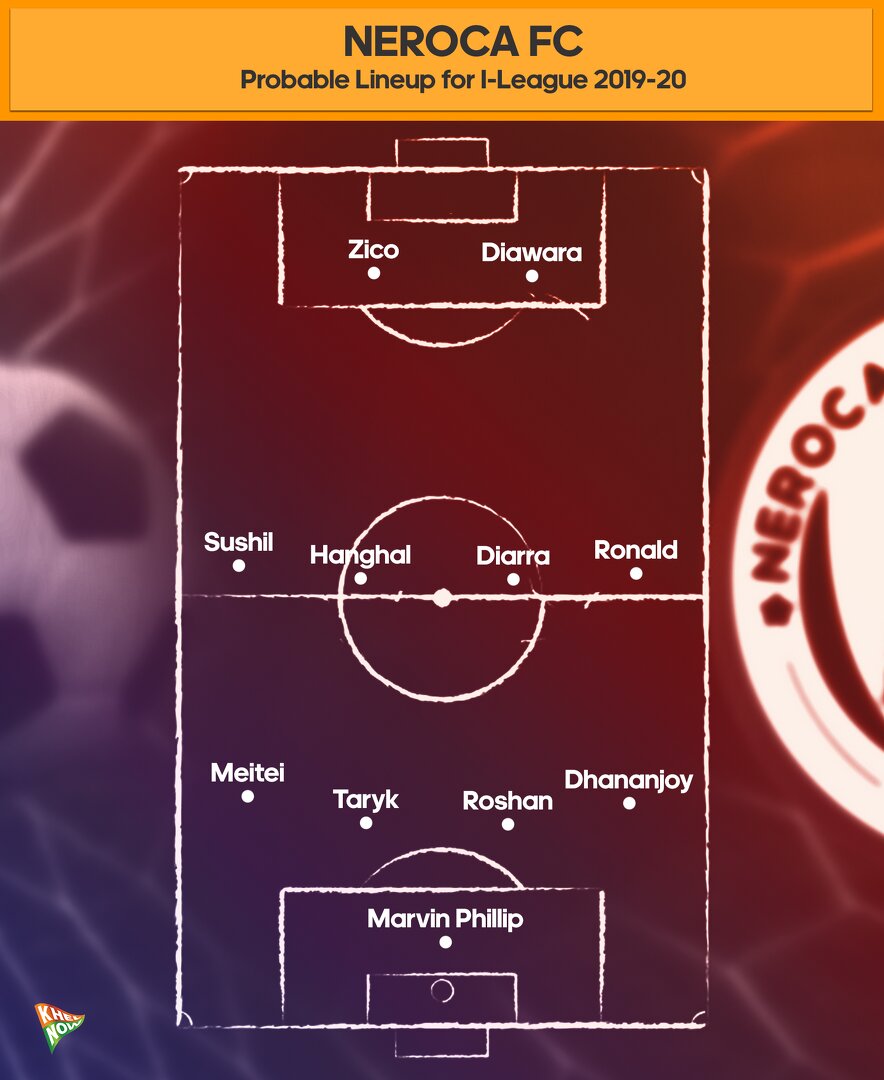 Gift Raikhan prefers to deploy a traditional 4-4-2 formation, however, being a pragmatic coach his preference might change depending on the opposition. Former Trinidadian international and new signing Devon Philip is expected to start under the bars. Compatriot Taryk Sampson would  start as one of the centre-backs alongside Roshan Singh with Meitei and Dhananjoy as the fullbacks.

New signings Hanghal and Diarra take their place in the middle of the park with Sushil and Ronald taking up the wide areas. The two new recruits Zico and Diawara could take up the two remaining forward positions. A lot of NEROCA FC’s fate might depend on the understanding between the two forwards.

NEROCA FC went big on the transfer market and made nine new signings after letting go of all the foreign players from last season. The Orange Brigade have strengthened their side in almost every department and has a very strong starting XI.

Although the starting XI is a strong one, NEROCA FC has very little depth on the bench. Adding to that is the lack of quality Indian players. A major injury to any of the players from the starting XI might have a huge impact on their performance in the forthcoming season. 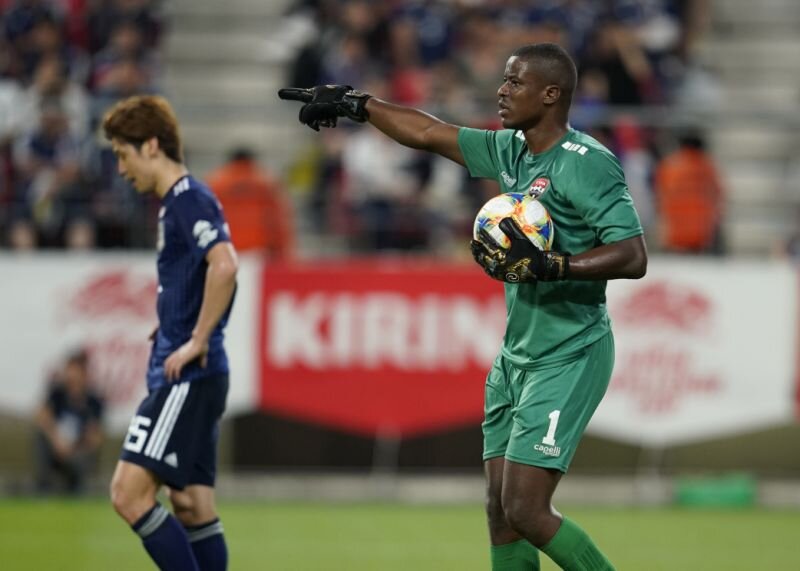 Phillip is one of the newest recruit at NEROCA FC

Probably the biggest name among their pre-season recruits, The Trinidadian goalkeeper has represented his country 72 times. The 35 year old brings with him a ton of experience and has a made a name for himself in the Caribbean leagues.

Joining Marvin Phillip is his fellow countryman Taryk Sampson. At 22 years of age, Taryk is a promising young centre back who has represented Trinidad and Tobago both at the Under 20s and the senior level. Much would be expected of the Trinidadian international as he has been brought in to replace Varney Kallon, who has been in the club since their second division days.

NEROCA FC has brought in a few new recruits to strengthen their midfield and Diarra is one of the most notable among them. The Mali international is a solid defensive midfielder that can provide NEROCA with the much needed pivot in the midfield. Diarra has made his mark in the leagues of Mali, Congo, Tunisia and Egypt. Although not a like for like replacement for Katsumi, Diarra may turn out to be equally important. With the all the chaos regarding the club’s future and the coaching staff now behind us, NEROCA FC can finally focus on the football side. After the return of former head coach Gift Raikhan, the orange brigade can have positive expectations from I-League 2019-20 season. With a massive change in the team roster and as many as six new overseas signings, exciting times lay ahead for the Orange Brigade.