The Odisha FC boss also exclaimed that his side wants to win all of their remaining games in the league this season.

Odisha FC travels to Kolkata to face ATK in their next match, against a side which will potentially decide whether they will have the chance of getting into the playoffs of the Indian Super League.  Ahead of the game, head coach Josep Gombau interacted in the pre-match press conference on Thursday.

Josep Gombau revealed that he knows that playing ATK away from home isn’t going to be easy and is aware that his team will have to give their all if they are to win and give themselves an outside chance of securing a place in the playoffs. “Knowing that ATK is a very good team and that we are going to play away, We are training with aim and concentration and we will try to win.”

With the club still in the contention for the fourth spot in the standings, Josep Gombau revealed how important it will be to collect the maximum points out of the next three games. However, he insisted that the team needs to focus on one game at a time, and not lose the concentration.

“We want to win every game. We are now concentrating on the game against ATK. After that, we will see who else we face this round. We are confident that we can get the wins. Game by game we will see where we are. The boys are working very hard. We are positive,” he said.

The Spaniard had some of his players unavailable in his previous game due to suspensions and injuries. However, Josep Gombau will have all his players available for the important fixture against ATK.

Josep Gombau rued his team’s mistakes from the loss against FC Goa in their previous match in January. The 43-year-old, however, wants his team to learn from the mistakes they committed and give their best against ATK.

“The last game loss is a punishing loss for us. It was a home game that we were fighting to win. We lost at home but we need to learn from the game. With some mistakes that cost us a few goals, we had difficulties with some referee decisions,” Josep Gombau quipped.

Manuel Onwu has started life with his new club on a high. The striker scored twice in his debut for Odisha FC against FC Goa – which wasn’t enough to get his side three points. 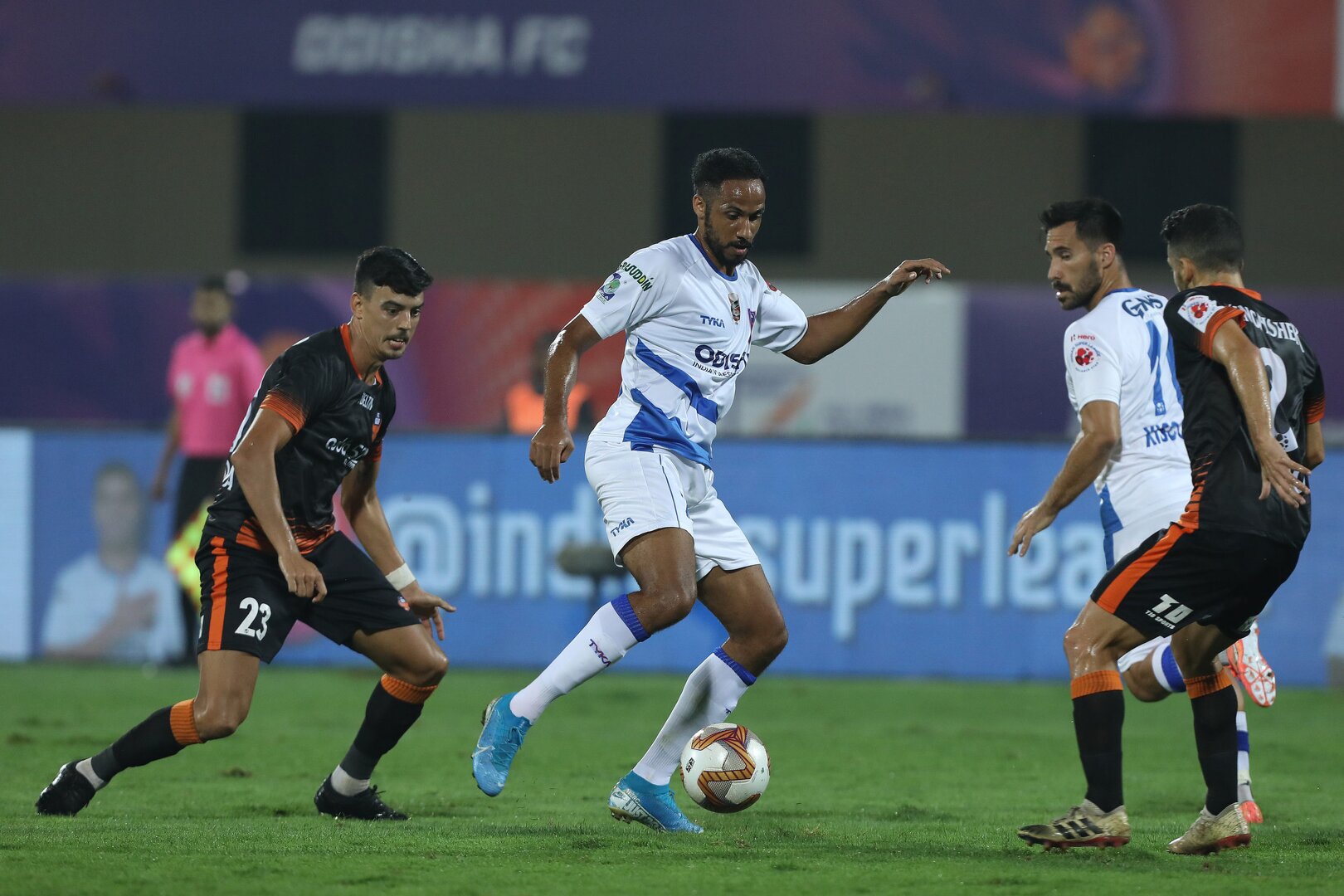 Manuel Onwu scored a brace in his Odisha FC debut

“I have been feeling very good and comfortable with the coaching staff and the teammates. We know we like to have the ball. In the first game, I was lucky to score two goals, but now most important is how we prepare for the game, and if I score that would be for the good of the team,” Onwu reflected on his performance.

The striker also had some words of gratitude for the support the fans have shown him and the team even when they were trailing FC Goa by three goals at home.

“Even though we were losing 3-0 at some point of the game, the fans were cheering up for us. And that makes us feel good and I appreciate that. They were supportive.”

Odisha FC do not have any player out with injury and will have a full squad against ATK.

This would only be the second meeting between the two sides. The last time these two sides met was earlier in the season, which ended as a goalless stalemate.

The match will be telecast live on the Star Sports Network from 7:30 PM IST on Friday. You may also opt for Hotstar and Jio TV to watch the live stream of the game.