Football in quite a lot of ways has demonstrated an entire circle of the life of Lucian Goian. Ninety minutes on the field might just appear minuscule. However, the 22 players battling it out within those 100 yards undergo a plethora of emotions, sentiments and sensations that a layman witnessing the game from the comforts of his couch cannot comprehend.

Accordingly, there’s a point in time when something so incredibly dear to an individual is pitilessly taken away from him. Tangible elements are brought into the equation to justify the mistreatment of an invaluably ethereal virtue. But, football completes a whole cycle from time to time. And, similarly the player attains an opportunity to settle scores with his old master, to knock props out from under. It is upon that professional to choose whether or not to lodge the final nail in the latter’s coffin. When the man is as steel-headed as Lucian Goian, one can rest assured that he is going to attain this opportunity with open arms.

These were the words of Lucian Goian to Khel Now in an exclusive interview in the summer of 2019. There are little doubts over how revered the man was amongst the West Coast Brigade, a relatively small yet vehemently passionate group of a few hundred men who turn up for the Mumbai City matches, no matter the situation encapsulating any home game. 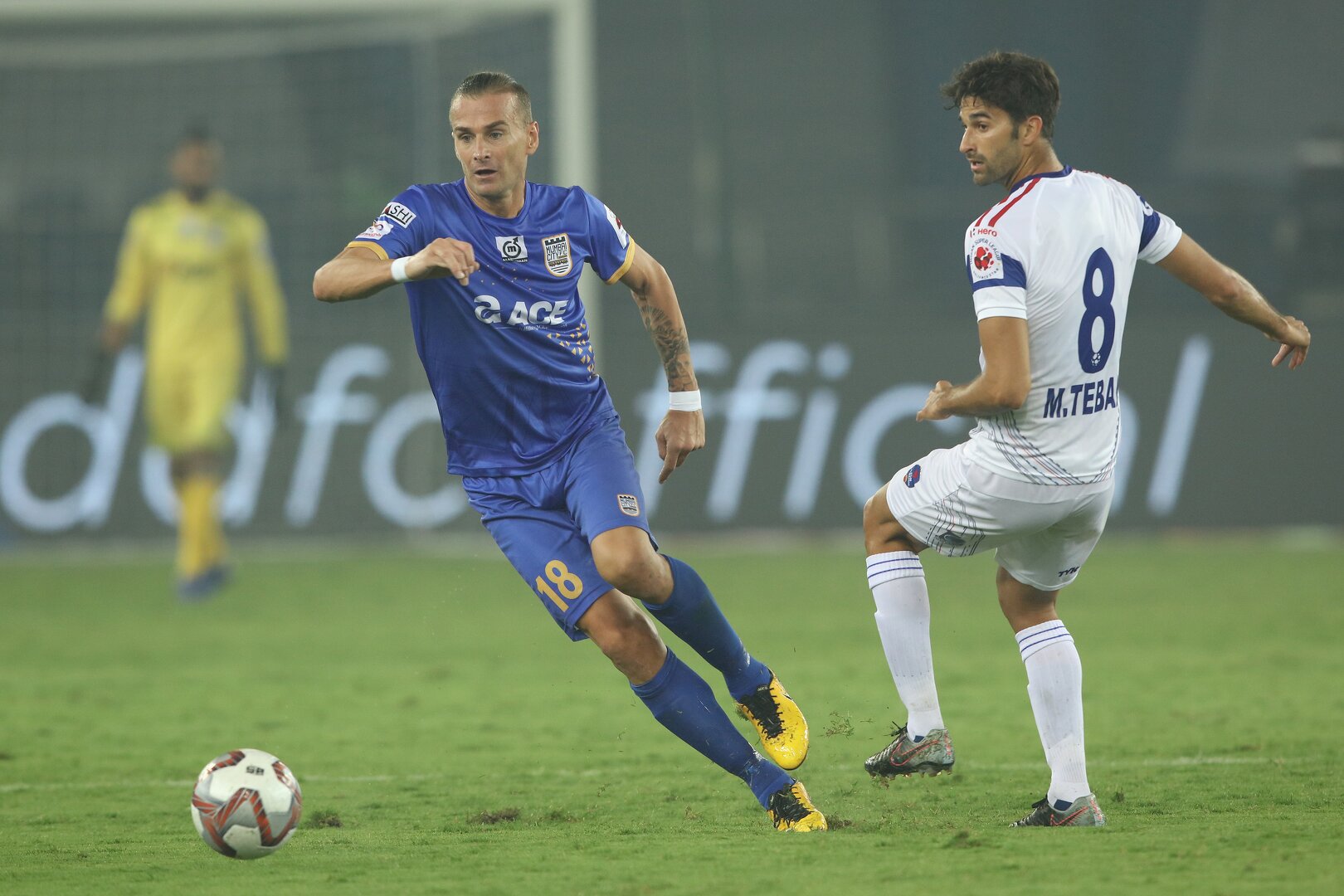 For a city that has been deprived of a tactile footballing culture ever since the dismal end of the I-League team Mumbai FC, Lucian Goian symbolized somewhat of a figure around whom the revival of the sport’s fortunes in this metropolis would be built upon. While throwing in the moolah can formulate a football club, however, unless the stakeholders manage to draw in personas and characters that can instantly strike a chord with the fans, the club stands only as a bland structure whose philosophy will find no takers.

Fortunately, the Romanian hit the ground running instantly. Taking over the captaincy mantle, he boisterously led the Islanders on and off the field. The players around him kept changing, some marquee ones arrived and left. There were certain loan deals, footballers from the younger lot who raised the bar and excitement but eventually faded away to seek greener pastures. 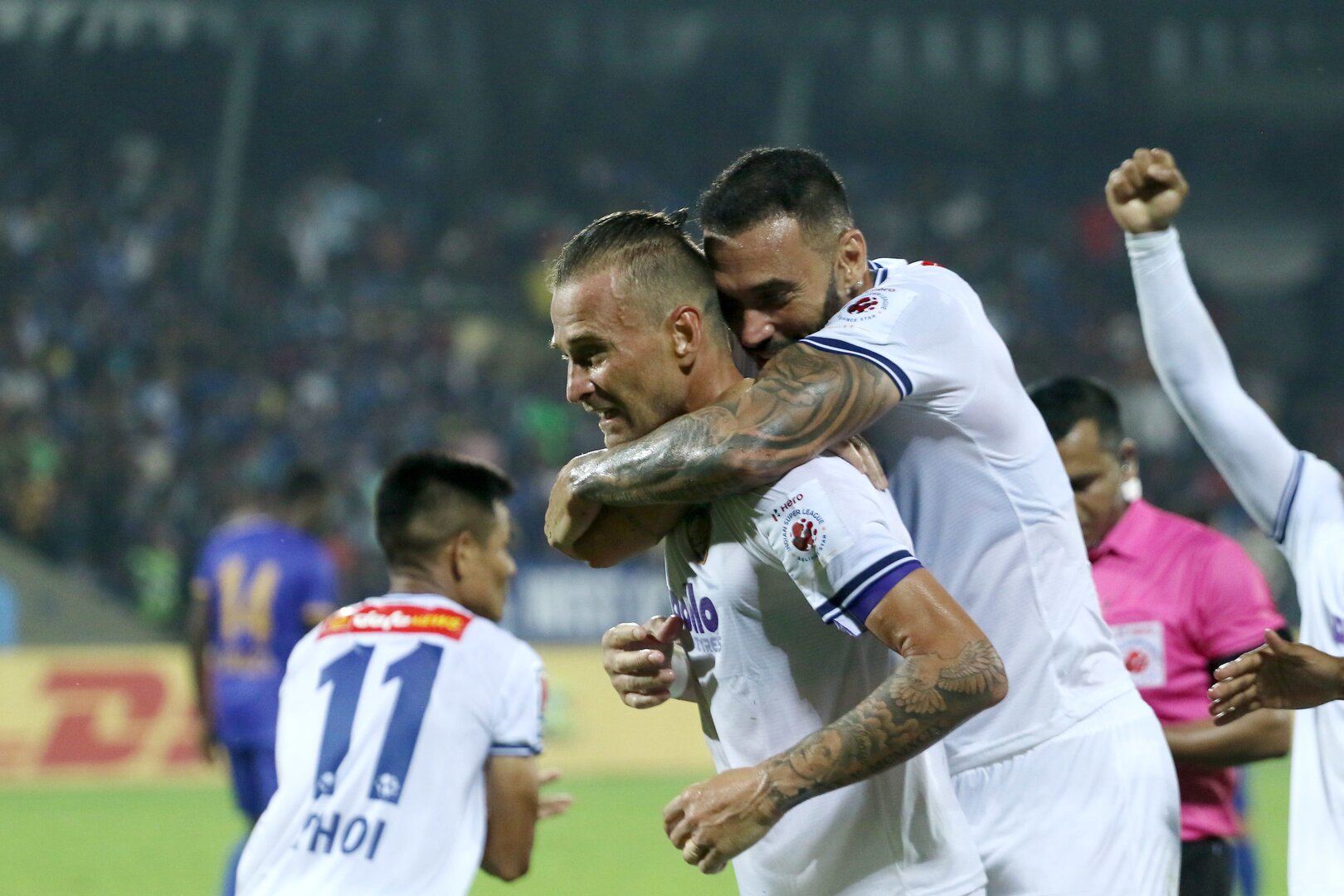 However, Lucian Goian stayed by Mumbai City no matter what. He was always the first one to turn up when the side messed up. The defender assumed total responsibility, almost like a coach within the touchlines. The centre-back guided the starlets, rubbed shoulders and grew in stature together with the members of the older lot. Mumbai City FC have historically flattered to deceive when it comes to this tournament. But, Lucian Goian provided them that stellar identity to rely upon whenever the tides turned against them. The concept of a true leader is gradually diminishing from the assortment of football in general. The fast-paced nature of the game is such that it hardly provides any time for a captain to stamp his authority upon the members of the team.

Yet, the Romanian started becoming the sole figurine through which the club that was still emerging its way to the top started recognizing itself with. It was almost as if the man was himself lifting the entire responsibilities that came with becoming such a central discerning psyche of the club. The best aspect of all of it was he seemed to relish the task wholeheartedly. An important feature that has been noticed amongst stars who have arrived to play in this league in the past is that their sole agenda has been to rake up the money and leave as soon as possible.

It is a norm that is witnessed in quite a few up and coming football championships. Despite this loathsome pattern being followed throughout the league, the obedience and sheer dedication of Lucian Goian towards propelling Mumbai City to the very top never came under any question. It was almost as if he was an ideogram of sheer loyalty, a trait that instantly catches the attention of any club’s supporters. Adherence, compassion and the purest form of passion are characteristics that are on the wane if someone is deeply observant of the modern society. Hence, the supporters of a team catch on to even a fraction of it when prevalent within such notable foreign figures.

How do you reward these encouraging attributes though?

No relationship works amicably if one of the two elements involved in it has the liberty to pull the final string. There must be an equal, cordial arrangement done so that both parties manage to arrive at a level-headed middle-ground to further drag their partnership. Mumbai City FC had promised Lucian Goian a contract extension in principal ahead of the previous summer. Unfortunately, and eventually for their own loss though, they failed to act upon their words. “Maybe, I was deserving a little bit more,” was what the centre-half said when we had asked him to elaborate on their negotiations to extend his stay in Mumbai.

And when you leave a loyal servant, a beloved figure and above all the all-accepted captain of a team in a situation where he feels that he was hard done by merely for some monetary reasons, you are bound to face his wrath sometime or the other. It is not as if the 37-year-old is as menacing a central defender that he used to be in the past. However, players like him always tend to add that tinge of enigmatic penetrating edge when the stakes are at its highest. Or as the author Amit Ray put it in one of his books, “Everyone has the fire, but the champions know when to ignite the spark.”

Lucian Goian has time and again channelized his inner glimmers and let it loose at the most appropriate of times.

For instance, his last goal in the ISL was exactly two years ago on February 22, 2018 – in the fag end of the injury time to snatch a victory from the jaws of the  NorthEast United FC and keep Mumbai’s hopes for qualification afloat back in the days. It was a crunch game then, it was a crunch game now. The only similarities that ensued over the course of exactly two years was Lucian Goian stepping up to calmly slot the ball into the back of the net as the tensions soared high in the very same Mumbai Football Arena. Only this time, his goal brought a sigh of sudden despair amongst the hundreds of fans for whom he claims to have a special place in his heart.

What do Mumbai learn from this incident though? Amidst the revamp that they might just undergo in the upcoming summer, it is necessary for them to revere the personalities who have aided their growth into a renowned football club. Otherwise, decisions such as regarding Lucian Goian might come back to haunt them and the thousands who unconditionally follow Mumbai City FC from the bottom of their hearts. Just ask the 5817 people who were present in the serene Football Arena on Friday night.