The Gaurs became the first Indian club to qualify for the AFC Champions League by topping the league table.

If consistency needed a flag bearer, Indian football could easily nominate FC Goa. The Gaurs became the first Indian club to qualify for the AFC Champions League, having topped the league stage table. There on, they fell to a 4-1 defeat against Chennaiyin FC in the first leg at the Jawaharlal Nehru Stadium in Chennai and made a valiant attempt in the second leg at the Fatorda, but could not reach the finals.

Injuries are a part and parcel of the game and for FC Goa, they defined the tail end of the season pretty strongly. For a major part of the entire season, the Men in Orange lit up the league and kept fans on the edge of their seats. Gaurs set the benchmark, scoring an unfathomable 51 goals in this season of the league, becoming the first Indian club in the Indian Super League to cross the 50-goal mark.

Here, we take a look at the season review of FC Goa, a team that will carry Indian expectations on its shoulders in Asia next season. 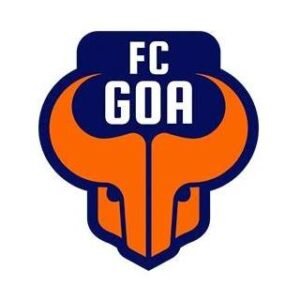 Manvir Singh: After that amazing performance against Qatar that saw India draw goalless in the away leg, Manvir Singh was set for big things. He scored the key goal in the 1-0 victory against Hyderabad and contributed late in the 2-2 draw against NorthEast United FC, but that was that. For someone who was touted to take on the mantle from Jeje Lalpekhlua as a proper No. 9 in Indian football, Manvir Singh disappointed.

Two goals in 19 appearances, bagging 700 minutes on the pitch is not the best stat. Barring Sunil Chhetri, Indian strikers have never really put the screen on fire, but in a team that eats, sleeps and repeats goals, he should’ve done better.

Incidentally, he started four games in the first part of the season but did not score in any of them. Both goals came off the bench and gradually, his time saw curtailed. He’ll have to do bigger and better things to make his position certain as India’s premier No. 9.

There’s been no manager as consistent as Sergio Lobera in the league. After taking over from Brazilian Zico, Lobera took the team to the semis in the first season and to the finals in the second. He also won the Indian Super Cup last season, FC Goa’s first trophy since they came into existence. His possession-style football may have been boring for some but it was effective.

He wasn’t invincible though. Dynamic clubs with rigid defences broke his team down several times, with Bengaluru FC disrupting their flow regularly. Lobera was sacked at the beginning of February and Clifford Miranda took over the hot seat.

The club continued its rich vein of form, scoring a lot of goals in the last few matches under the former Indian international. Miranda did not tweak too much with things and Goa continued to flourish. It was injuries to Boumous and Fernandes that pegged them back in the first leg of the semi-final against Chennaiyin FC. The club, if it retains its core, can be expected to continue with the same philosophy.

If a new coach comes in, it will be interesting to see FC Goa play a different style with these players, who look like fish in water currently, playing Lobera’s style. Full marks to both the Spaniard and Miranda for getting the best out of their players.

Lessons to be learned

How to unlock rigid defences is still FC Goa’s biggest concern. With Boumous firing and in top gear, they did it against most sides but could not defeat Bengaluru yet again over the two legs. The club needs to play expansive football at times as an alternative.

After severing ties with Sergio Lobera, it remains to be seen who takes the helm. Or will Miranda and Derrick Pereira continue to play the crucial roles of manager and Technical Director? They’ve done the right thing by holding on to the core group of players and continuing the philosophy, but a change is imminent now. The effectiveness of the change will decide FC Goa’s fortunes in Asia. 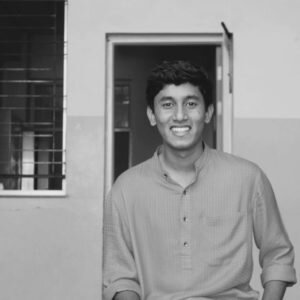 Yash Zagade: I think FC Goa deserved to win it all this season. They were one of the most consistent sides in the league but the sacking of Sergio Lobera is the only thing that went wrong for the Gaurs. The foreigners really stepped up their game this season especially with Fall and Bomous with all the assists and goals they’ve scored.

I won’t be surprised if they move abroad to play for better leagues out of India next season! According to me, the Indian that stood out for FC Goa this time was the local Boy Brandon Fernandes and I really see him playing bigger roles at the club in the future.