Tensions between the Spaniard and his bosses had been festering for some time.

On Friday evening, Khel Now revealed that ISL giants FC Goa have parted ways with head coach Sergio Lobera, in a sudden turn of events. Although, the Gaurs have been in scintillating form on the pitch, it has emerged that all was not well behind the scenes at the Gaurs.

It is understood a combination of factors subsequently made the Spaniard’s role at the helm of the team untenable, forcing officials into this extreme decision which could have major ramifications, particularly coming at the time it does.

It must be pointed out that this is the second time in their brief history that the Gaurs have parted ways with a head coach after a three-year spell. The same fate befell the legendary Brazilian Zico, who left the club in similarly acrimonious circumstances in the summer of 2017. That was following a season in which the club had finished rock bottom of the then 8-team tournament

It is fair to say then that Sergio Lobera masterminded somewhat of a turnaround after he took over ahead of the 2017-18 campaign. Zico’s compatriots were replaced by a new core of Spaniards, including ace striker Ferran Corominas, Manuel Lanzarote and others. That season the team finished third in the league, before bowing out to eventual champions Chennaiyin FC in the two-legged playoff. 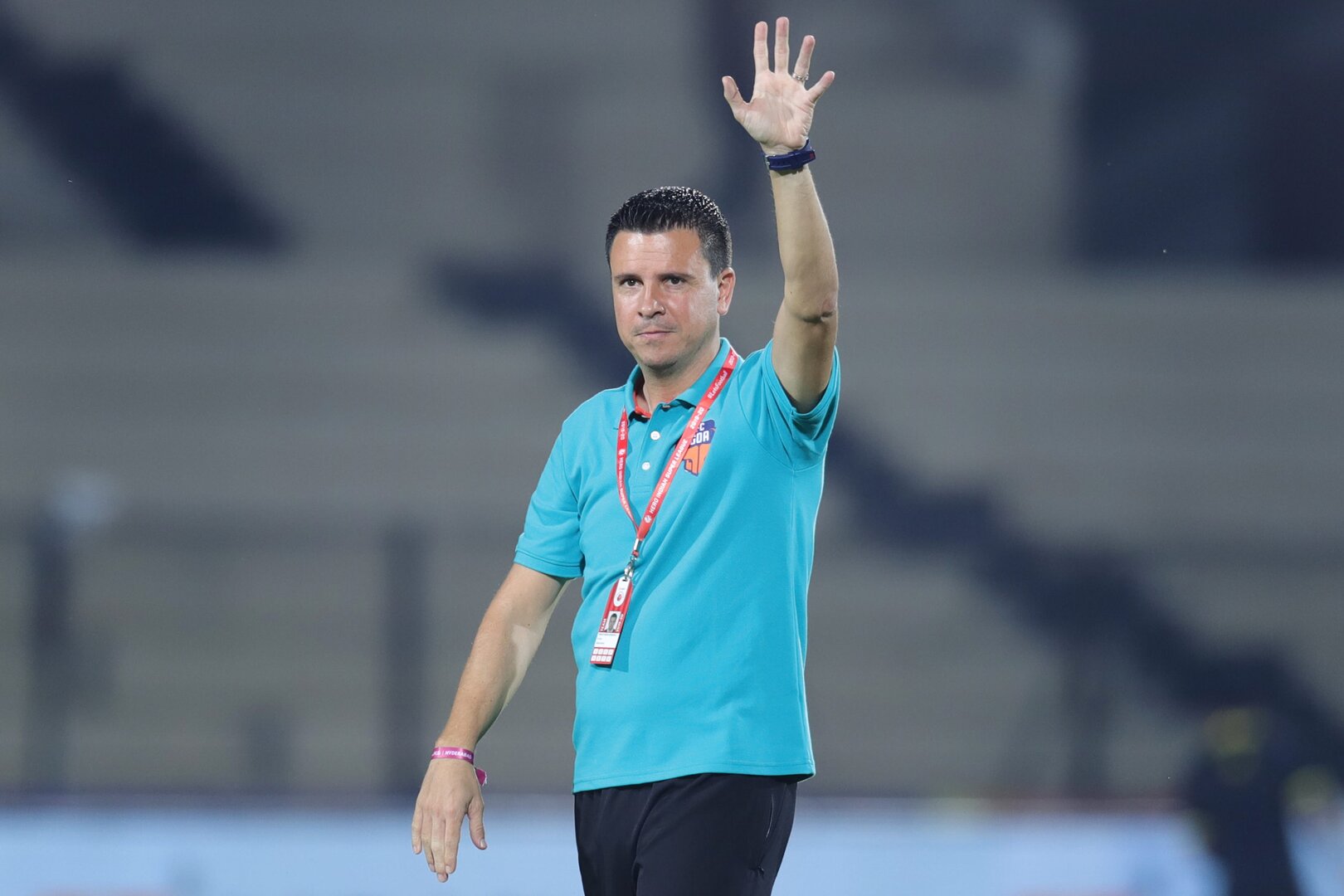 Sergio Lobera followed up that impressive first campaign with a 2018-19 term in which he guided the team to the Indian Super League final, where they narrowly lost out to Bengaluru FC in extra-time. However, the team rebounded from the crushing loss with triumph in the second edition of the Super Cup, beating old nemesis Chennaiyin in the showpiece.

This season, in which the leaders at the end of the league phase will be rewarded with a place in the continent’s top competition the AFC Champions League, the Gaurs are flying high as they sit at the summit, having accrued 30 points with three games still to play. 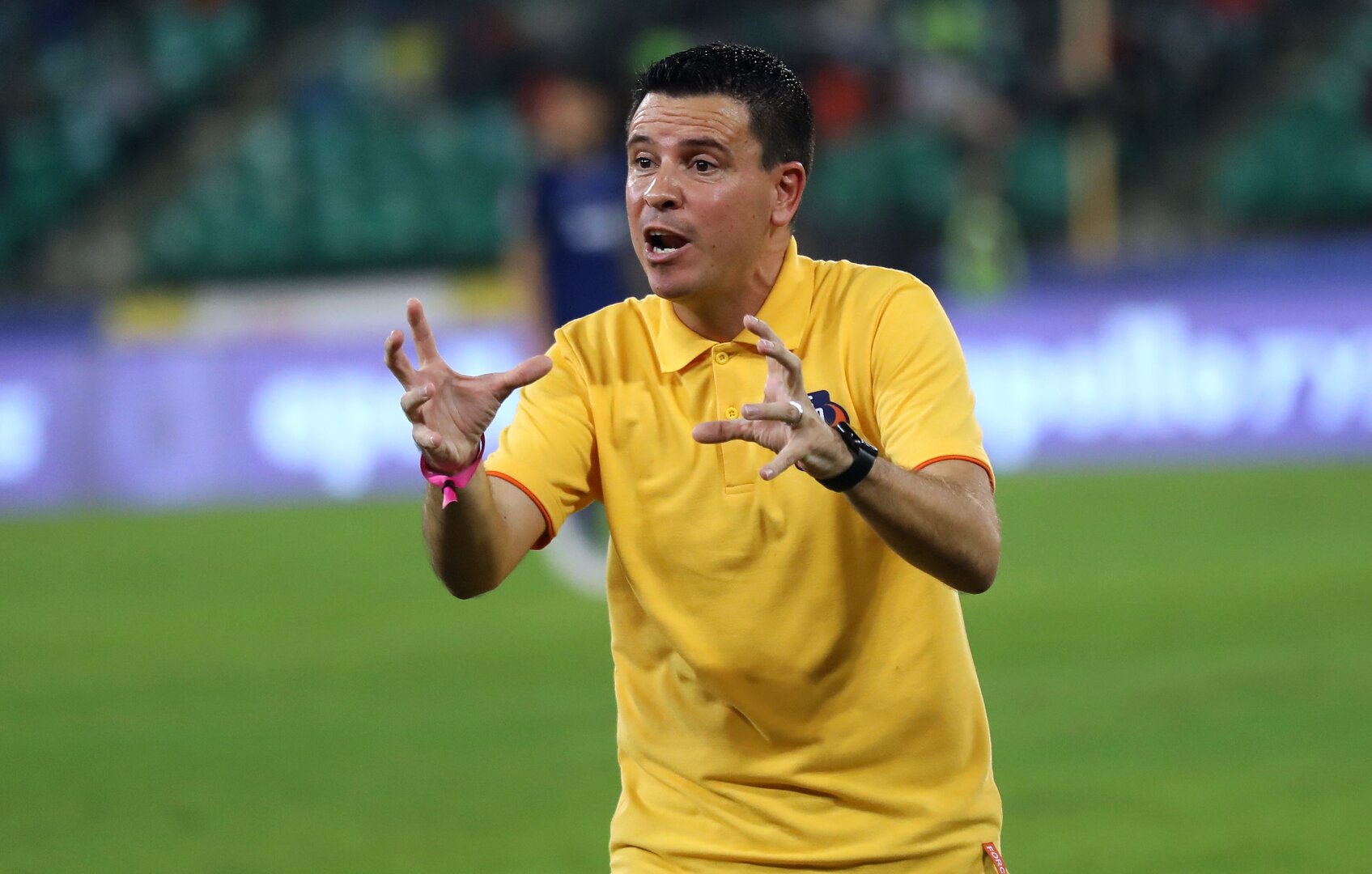 Although, the top prize has eluded him, it must be noted, that just like his predecessor, Sergio Lobera has won praise a plenty for an attractive, attacking brand of football. Indeed, during his time at the club, the Gaurs have remained the league’s most prolific outfit. They finished the last two seasons as the highest scoring team by some distance, with 43 and 41 goals respectively. Thus season alone, they are leading the charts with 32 goals.

One of the few criticisms of Lobera’s spell in-charge, certainly in its early part, was his his team’s inability to keep clean-sheets. However, even on this count there has been tangible progress. The Gaurs conceded 28 goals in his first season with the reigns. However, that number saw a big dip in the campaign in which they reached the showpiece, with just 20 being let in. They have already conceded as many this term.

His overall record of 35 wins, 11 draws and 17 losses in 63 games with a win percentage of 55.55%, places him as comfortably the most successful tactician in ISL history. So, what were the key issues of contention that led to the Spaniard getting the boot at such an inopportune time?

Sergio Lobera was the highest paid head coach in the ISL. His current contract with the club was set to run out at the end of the season. Sources close to the team have confirmed to Khel Now that both parties had been in discussions over an extension since as far back as November of last year. Crucially though, they remained poles apart in their respective positions. It is learnt that whilst the Gaurs still saw Lobera as an asset and were keen to retain his services, they wanted him to extend on similar financial terms or if possible, even take a pay cut.

On the other hand, the Spaniard strongly believed that his consistent upward curve with the team merited a bigger and better contract. As such, he was unwilling to concede ground to Goa’s overtures.

Contrary to some media reports, a dressing room feud was not the reason behind Lobera’s sudden sacking. Indeed, at no club in the world has it ever been seen that the head coach has lost the confidence of the majority of his players, but is still able to consistently deliver results on the pitch. Infact, Khel Now understands that the Spaniard had not lost the dressing room. With that said, he does appear to have had a falling out with two of the club’s foreign stars, one of whom was a regular first-team player last term, before being usurped from the starting lineup and finding minutes on the pitch hard to come by.

The player in question, close to a member of the senior management, took his grievances directly to the outfit’s top brass. The management, it has now become clear, took a dim view of Lobera’s handling of the situation.

It has also emerged that the club paid out bonuses due to the players or reaching the playoffs, without consulting the head coach. Lobera’s camp have confirmed that the Spaniard was unimpressed by the management’s approach to effectively go behind his back on the issue.

One of the principal complaints from Sergio Lobera’s camp is that the Spaniard had become increasingly frustrated by the club’s unwillingness to back him in the transfer market. One of the key’s to Goa’s success season-on-season, has been their ability to retain their contingent of foreigners, thereby lending stability and continuity to the team. This has enabled them to build the team around a core group of players. They have also recruited astutely from both the resource rich local market in the state and the wider national scene.

However, the previous summer was a particularly quiet one for the club. Their six foreigners namely, Ahmed Jahouh, Ferran Corominas, Carlos Peña, Hugo Bohomous, Edu Bedia and Mourtada Fall were all retained from last term. Many of them have been at the club since the start of Lobera’s spell.

Notably, Seminlen Doungel’s arrival from Kerala Blasters was the Gaurs’ only major summer signing. The ISL allows clubs to sign as many as seven foreigners. The seventh foreign slot has remained vacant at Goa for some time now. Khel Now understands that Lobera wanted to strengthen further with a view to securing the elusive first league crown for the club. Indeed, more overseas and domestic targets were identified in the summer and in the recently concluded January transfer window, but no move materialized. Infact, the outfit also sold promising starlet Liston Colaco to league newcomers Hyderabad FC last month.

This is in stark contrast to Goa’s title rivals, defending champions Bengaluru FC and ATK, who strengthened significantly in both windows. As such, the strides made by their rivals only served to extenuate Lobera’s frustrations. It is understood that a combination of these issues coupled with the fact that clubs are already building for the following campaign, pushed the Spaniard first to the brink and then over it.

What next for FC Goa and Lobera?

FC Goa served a termination notice to Sergio Lobera on Friday. As reported by Khel Now, his backroom staff have followed the Spaniard out of the door. The club’s Head of Youth Development and a seasoned hand in Indian football, Derrick Pereira has taken charge of the  new coaching team on an interim basis.

It is learnt the club have already commenced the search for Lobera’s successor and have approached at least three of his contemporaries currently employed by other ISL clubs. Who they appoint as his successor, will tell us a lot about the direction in which the club’s hierarchy are keen to move going forward.

As for Lobera himself, the Spaniard is set to assess his options in the coming weeks and months and is unlikely to have a shortage of suitors. Him managing another ISL team next term is not out of the question.