Operating from its new base, the club aims to start afresh with a solid campaign.

New Beginnings, New Expectations! Since moving their base out of Pune, Hyderabad FC are in for a fresh head start in the historical city. Having retained most of the players from FC Pune City along with head coach Phil Brown, the club aim to make their mark in the league in the debut season.

Quite interestingly, there have been some exciting additions to the squad and the team is definitely one to look out for next season. The following article gives you the outline of Hyderabad FC, the successor of FC Pune City in the Indian Super League (ISL):

Post the sacking of Miguel Angel Portugal, interim coach Pradyum Reddy led the team until the end of the first half of the season, as the then Stallions were amongst the bottom-lying teams in the table.

However, since the appointment of new head coach Phil Brown, the team looked much more potent, defeating the likes of Jamshedpur FC and Mumbai City FC in the process. In the first six games under Brown, Pune City managed to bag three wins and a couple of draws.

Ashique Kuruniyan, Kamaljit Singh and Marcelinho were the top performers last season and led the team to an unexpected seventh place finish, following a disastrous first half of the campaign.

In a solid pre season campaign, Hyderabad FC have maintained a superb unbeaten run in as many as eight games  played. Amongst them were a few noteworthy wins against Goan outfits Vasco SC (2-0), Churchill Brothers (1-0) and Velsao SCC (4-2).

In-form Robin Singh scored a hat-trick against Velsao, while Bobo too was on target as he notched his first goal for Hyderabad FC.

Against Minerva Punjab too, Robin scored a brace while Marcelinho and Abhishek Halder added two more to complete a 4-0 rout.

In another game, the newly-formed entity also drew against I-League side Real Kashmir, where Laldanmawia Ralte was on the scoresheet. Other low-profile friendlies included two games against Chennai XI and Dempo College, both of whom they defeated with a scoreline of 8-0. 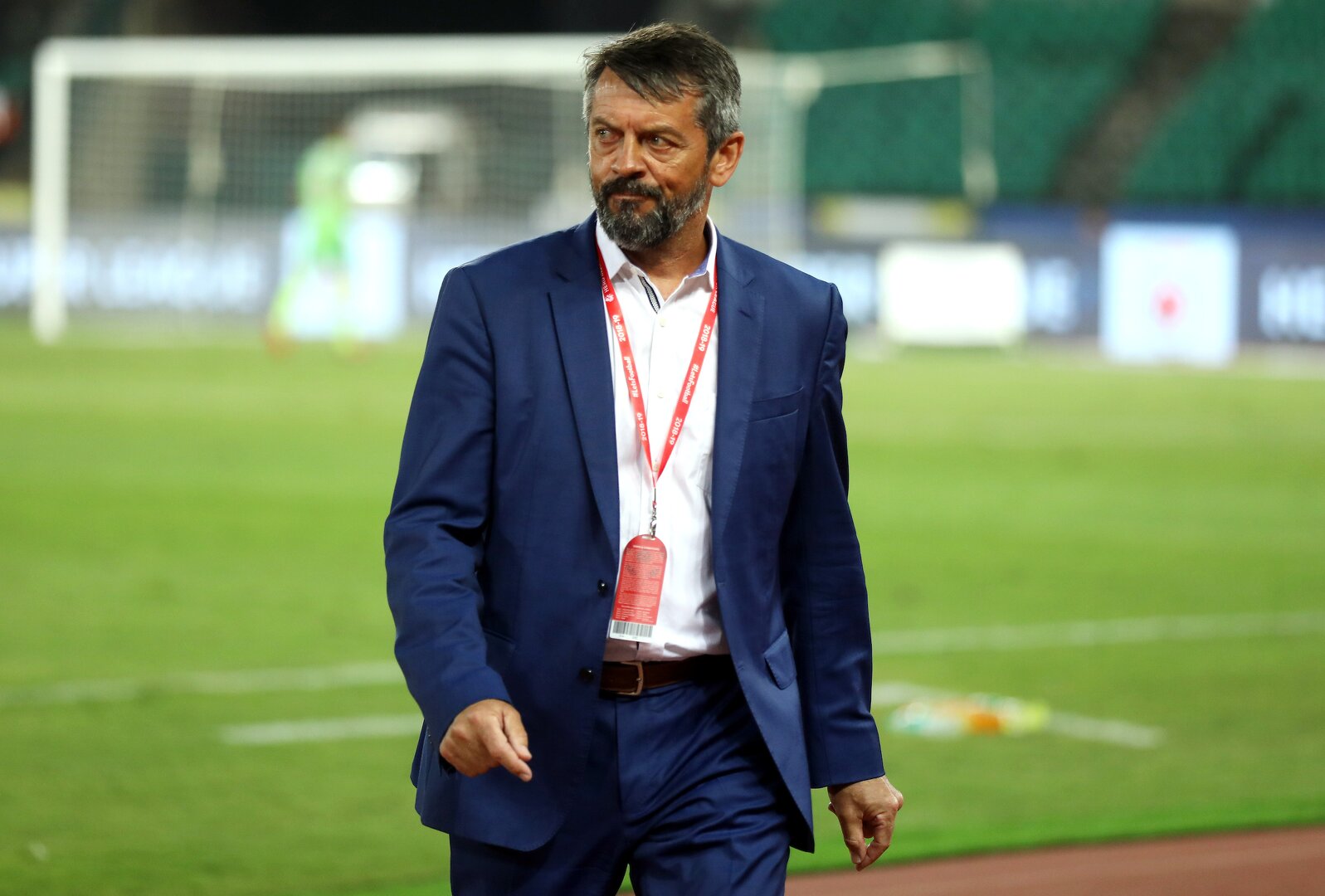 After a positive start to life in the ISL with Pune City, head coach Phil Brown extended his contract with the club until 2021. Since the move to Hyderabad, the Englishman will now have former Indian football team stalwart Mehrajuddin Wadoo as his assistant.

As it stands, Hyderabad FC have retained the majority of their players from last season, although a few key names have left. Moreover, the club has brought in several keynote foreigners, including Nestor Gordillo, Deyvison Rogerio da Silva and Giles Barnes.

From the domestic pool, Gani Nigam, Sahil Tavora and Laldanmawia Ralte have joined the ranks at the club. As a replacement for the outgoing Vishal Kaith, Laxmikant Kattimani comes in from FC Goa.

In defence too, the club have made some high-profile signings with Matthew Kilgallon and Rafa Lopez Gomes adding a bit of their experience from the European top tiers.

Last season’s bright performer Sarthak Golui was one of the first to leave the club as Mumbai City came calling. Amongst the key players to depart were Ashique Kuruniyan and Vishal Kaith, who left for Bengaluru FC and Chennaiyin FC respectively.

On the other hand, Diego Carlos, Jonathan Vila, Matt Mills, Martin Diaz and Iain Hume were released by the club, as they brought in several other replacements. Alwyn George too has been released. 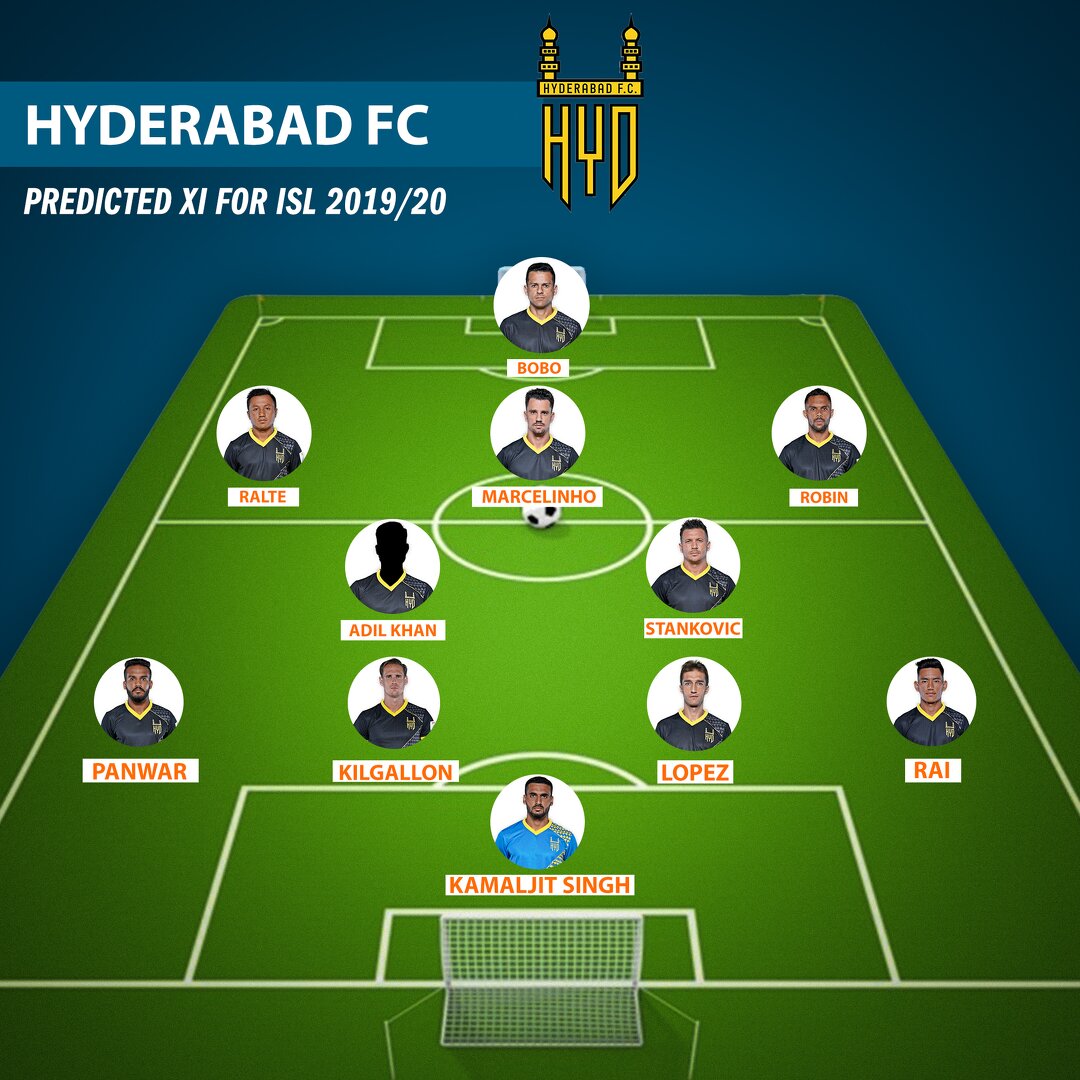 Having tried various formations including a three-man defence system during his first six games at the club, Phil Brown has had a good time to assess his team before the next campaign begins.

With the signings of marquee players in Kilgallon and Rafael Gomez, the coach is likely to adopt a 4-2-3-1  formation with the duo as centre-backs. Sahil Panwar was a bright performer last season and is most likely to keep his position, while new signee Ashish Rai will begin at right-back in place of the departed Sarthak Golui.

Deep down the midfield, Marko Stankovic and Adil Khan will be the two pillars to support the defence as well as help in the transition of the game. In front of the duo, talismanic attacker Marcelinho will play primarily as a No. 10, with Robin Singh on the right wing.

On the left wing will start Laldanmawia Ralte, who comes in from East Bengal after a superb display in the I-League last season. And finally, Bobo is most likely to be the first-choice striker for Brown, considering his experience and expertise in the position.

Alternatively, taking into consideration last season’s formations, Brown may also go for a three-man defence and it would be fascinating to watch how it works out for the team.

After finishing the last season on a considerable high, the team has brought in several key signings, especially in attack. With the likes of Ralte and Bobo now in the squad, Hyderabad now have goal-getters at every position in the attack.

On the other hand, having Adil Khan and an experienced Kilgallon in the team, Hyderabad look equally robust on the defensive front.

Losing quality wingers in Ashique Kuruniyan and Diego Carlos could be something Hyderabad might feel the pinch of at the beginning of the upcoming season. On the other hand, with Sarthak Golui’s departure, the club is left without a natural right-back in the squad and it will be a tough task for either Gurtej Singh or the young Ashish Rai to fill in the position. 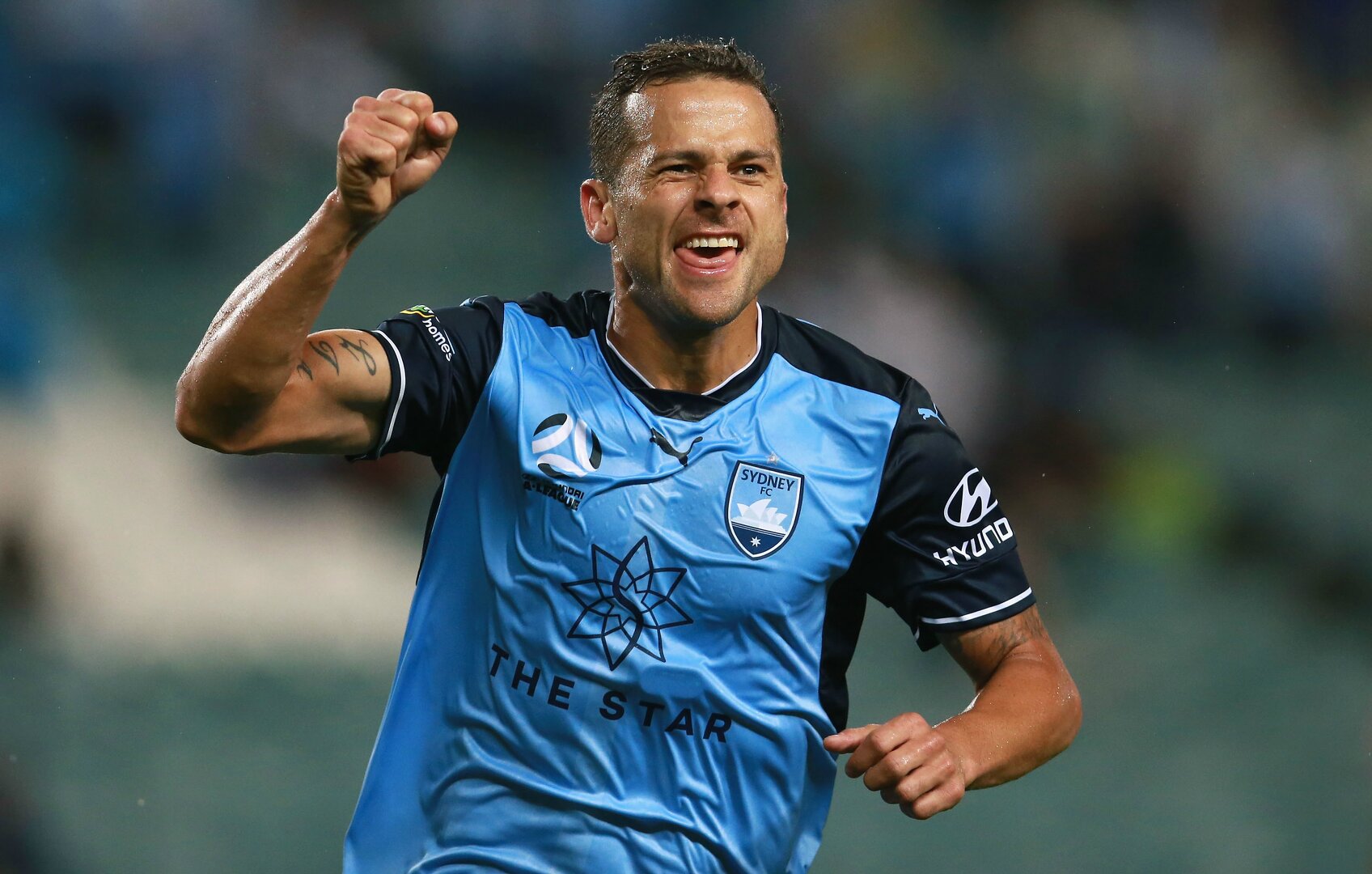 The Brazilian is probably Hyderabad’s biggest signing this season, as the experience with which he comes in will be vital for the team. Rising up through the ranks at Corinthians, Bobo’s talent was spotted by Turkish side Besiktas.

In his five seasons with the club, the striker scored a massive 58 goals for the team in 144 appearances. Moving on in 2016, Bobo joined A-League outfit Sydney FC, where he again delivered stellar performances in two seasons, scoring 42 goals in 57 appearances.

The centre-back has represented several Premier League clubs, including Sheffield United, Leeds United, Sunderland and Blackburn Rovers. This will be his first time in the ISL for the Englishman, who was voted as the Player of the Year in 2008-09 for his former club Sheffield United.

Kilgallon’s strength and expertise in the centre-back position are second to none in the entire Hyderabad squad and it will be exciting to watch him lead the team from the back. 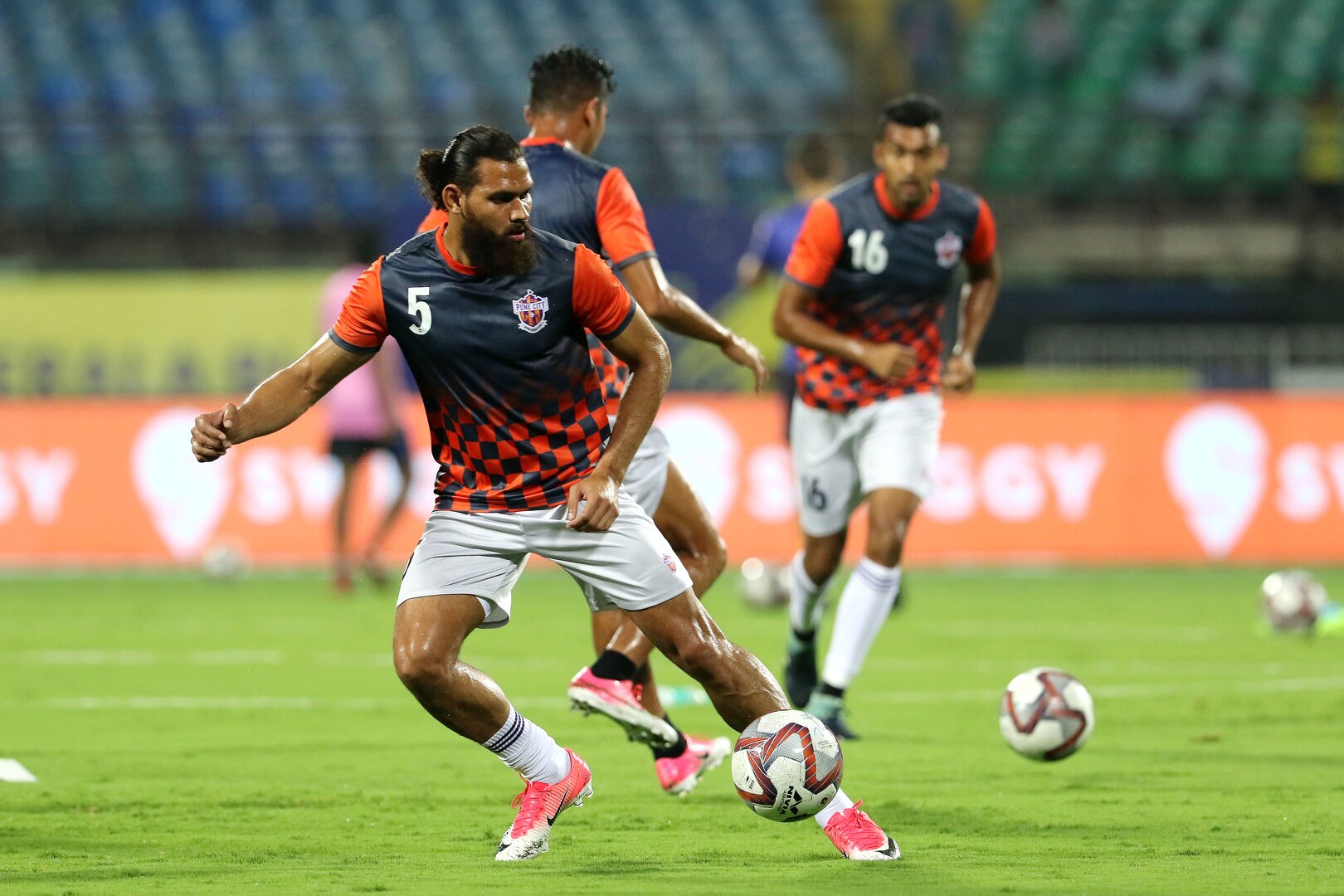 After a superb display last season, Adil Khan earned a much-awaited call-up to the national team and what a revelation he has been since then! The veteran has established himself as the primary centre-back under Igor Stimac and is amongst the top consistent players in the team

Although, Brown may still consider playing him as a defensive midfielder, Adil’s versatility makes him one of the most feared players in the league. The 31-year-old is in exceptional form at the moment and it would be a delight to watch him play for Hyderabad FC this season. Operating from its new base in Hyderabad, the club will look to begin their journey with a solid campaign and they have put together a strong team accordingly. The side consists of attackers with immense quality and it is expected that goals will rain for the newcomers in their debut campaign.

Moreover, a top four finish won’t be an unrealistic target for the team.