The Yellow Army have had yet another disappointing season in the ISL.

As one scans the ISL table, one could not help but feel disappointed for Kerala Blasters fans, more than those of any other team.

Fan clubs and organizations are like the rocks, the pillars that provide a football club concrete support when they run out of all other sources of backing. However, there’s only a certain period of time until one can seek the aid of an external force to maintain their relevance in the public eye. There’s bound to come a time when an entity is deserted of every excuse that they can come up with. It will be questioned fair and sternly about issues that have stunted its progress over a span of years.

Similarly, Kerala Blasters serve one a reminder about how a football club should not function and operate. Especially, with respect to the merry-go-round of crucial people in critical positions.

Currently, the Blasters are placed in seventh spot in the standings and have bagged merely 18 points from 17 matches this season. However, their fate hasn’t reeked such ruin always. Back in 2016, they were one of the finalists at the end of the campaign and had run through the course of a thrilling, edgy finale, that was eventually settled through a penalty shootout. ATK had trumped against the Yellow Army by a margin of 4-3. That, in some regards also marked the beginning of their slide.

Where It All Went Wrong 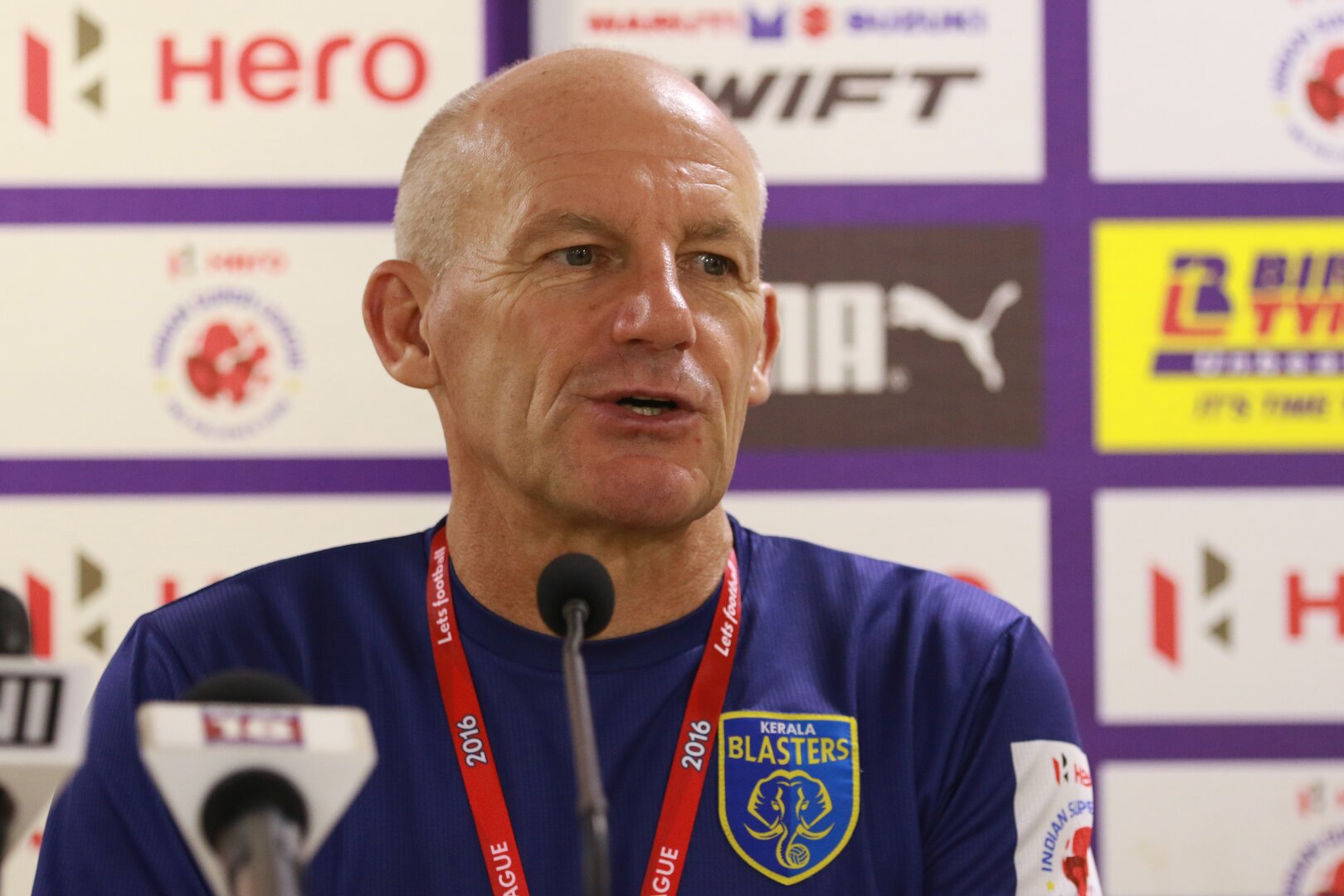 Steve Coppell during his time as Kerala Blasters head coach

After the curtain fell on that campaign, Kerala Blasters somehow decided that it was wise to part ways with a tactician who led them merely inches away from the coveted title. Of course, Steve Coppell had a notable role to play in deciding the switch to Jamshedpur FC in 2017. With the Men of Steel being the new entrants in town, they were certainly the most pursued ones too. Hence, Coppell naturally showed a desire to induct himself into the club. However, any organisation in its right mind would try their level best to retain the services of a head coach who had paved the way for them to attain laurels merely months ago. The Blasters however went the other way

From thereon, they plummeted deeper into mediocrity. The appointment of Rene Meulensteen along with other players of Manchester United fame like Dimitar Berbatov and Wes Brown were the ideograms, the dream that the people who call the shots at the club tried to sell to the people. Not enough thinking it seems was done on how significantly different the approaches and style of play of both Coppell and Meulensteen would be. Instead, they looked to turn the club around through mass appeal generated by their association with some well-recognized faces of English football.

Additionally, the foreign players who were key to their march to the final in 2016 were released in their quest for more marketable players. All style and no substance yields unfortunate results, but the Blasters even failed to embody any style under the tutelage of Meulensteen. They finished in sixth spot, down from the second position of the previous campaign and were thus out of playoffs contentions too.

However, the Blasters’ tendency to look for more glitter saw them bring back fan-favourite David James into the coaching role. James brought back the smiles to the faces of the Manjappada, but only briefly. As soon as the campaign kicked off, the results that Kerala Blasters attained on the field, were a reflection of the knee-jerk and haphazard decision-making that has plagued the club for some time now.

James not only looked out of place, but the respect that the fans had developed for him through his involvement with the club in its initial years started to dwindle too. Within 12 fixtures, he was relieved off his duties and Portuguese tactician Nelo Vingada took interim charge to see out the season; something that he did with little dissimilarity to the Englishman. Kerala Blasters won only a single ISL game out of the six that Vingada looked after. The club were in doldrums and sought a way back. From there emerged Eelco Schattorie, who had, co-incidentally, scripted a renaissance of his own by guiding NorthEast United to the playoffs last term.

To their credit, the club invested wisely ahead of the current season, but left themselves severely underdone after a botched pre-season tour of the UAE. The team returned from the Gulf state prematurely and with just one competitive game under their belt. This and the scourge of injuries (captain and centre-back Sandesh Jhingan was ruled out of the season before it even started), from which they have never been far away, effectively sealed their fate.

A pattern that has been noticeable in all the decisions that Kerala Blasters have taken ever since Coppell’s departure is the lack of a constructive thought process, vision and continuity within the club. Different tacticians who pose varied demands on their players are tasked with delivering expected results within a season and if they fail to do so, the club appear happy to overhaul the complete system in place, to set the stage for the new head coach.

The Blasters look to thrive on the initial surge of expectation created by the appointment of any new coach and hence have grown incredibly impatient over the years to pass through the grind and wait for greener pastures. There is an utmost necessity to place confidence in a head coach and give him the freedom to implement the philosophy that he demands from his players.

This process should continue for a significant period of time, after which an assessment must be made regarding how the two parties could continue to co-exist and partner with each other. That’s how a well-operated football club would ideally go about their business. These are lessons the Blasters must learn. Otherwise their persistent excuse of going through another ‘transition period” will struggle to hold water. Transitions produce tangible results after a certain point of time. But, it seems, Kerala Blasters are just going from one transition to another.

Sergio Lobera stresses on importance of loyalty to playing style

ISL: Top five hat-tricks in the history of competition

However, in keeping with the status quo, it is hardly surprising that there is already talk of Eelco Schattorie being replaced. Indeed, Khel Now had earlier reported that the Blasters are among several clubs keen to acquire the services of Sergio Lobera, after the latter’s sacking from FC Goa.

This season has been riddled with injuries to many key players. But, if Kerala are to see whether the Dutchman can actually translate all his boisterous words into tangible results on the field, they should give him a shot with all the necessary resources next campaign too. Otherwise, they are certain to find themselves in the midst of another transition.