The list is a whose who of the most decorated names in football management.

A managerial position at a football club is often the one that brings with the greatest pressure of performance. It is ultimately at his feet that the buck stops. The trigger-happy nature of the owners of clubs in the modern game has meant that the job is often fleeting.

However, there have been a few managers that have defied all odds and written themselves into the annals of history by leading their sides to trophies and prizes that many individuals could only dream of.

Here is a list of the top five most decorated football managers of all time.

The Spanish tactician takes the number five spot on the list after his victory of the EFL Cup, the FA Cup and the Premier League with Manchester City in the 2018-2019 season, catapulted him above Luiz Felipe Scolari and Jose Mourinho with a trophy haul of 27. If he keeps up the pace that he is at, Guardiola would have secured 50 titles, in merely eight years.

The current Manchester City boss has found success wherever he has been, winning league titles in Germany, Spain and England, making him one of the most prized managerial properties in the modern game.

The German manager is one of the few men to have appeared on the touchline for both Borussia Dortmund as well as Bayern Munich, winning the Bundesliga as well as the Champions League with both clubs. Hitzfeld received 28 honours over the course of his career, primarily from the late 1990s to the early 2000s.

Most Successful Football Managers: The only man to win UCL with both Bayern and Dortmund

Hitzfeld was also awarded the “World’s Best Coach” award twice, in 1996 and 2000. The now-retired German will now go down as one of the greatest managers to grace the sport.

The late Ukrainian manager was one of the first to approach management with a scientific and tactical approach. His revolutionary methods won him 30 honours over the course of his career. Lobanovskyi was a five-time Ukrainian Champion with Dynamo Kiev as well as a European Super Cup winner.

Lobanovskiy was posthumously awarded a FIFA Order of Merit, the highest honour offered by the football governing body.

Mircea Lucescu is the most decorated active football manager in the world with 32 major honours to his name. Lucescu has plied his managerial trade at a massive 14 clubs, and is now at the helm of the Turkish National team. At 74 years of age, Lucescu has confirmed that his role with Turkey will be his last commitment in professional football.

Most Successful Football Managers: He won a record eight gold medals in the Ukrainian Premier League

The Romanian manager has had his share of European success with victories in the Europa League as well as the European Super Cup.

There is not a lot that can be said about Sir Alex that has not been said before. The Scotsman began his managerial career at Aberdeen before Manchester United came knocking. Thus, began a 27-year-long love story that involved a host of trophies and utter domination of the footballing world.

Ferguson, over the course of his career, won 49 major trophies, making him the most decorated football manager of all time, by some distance. 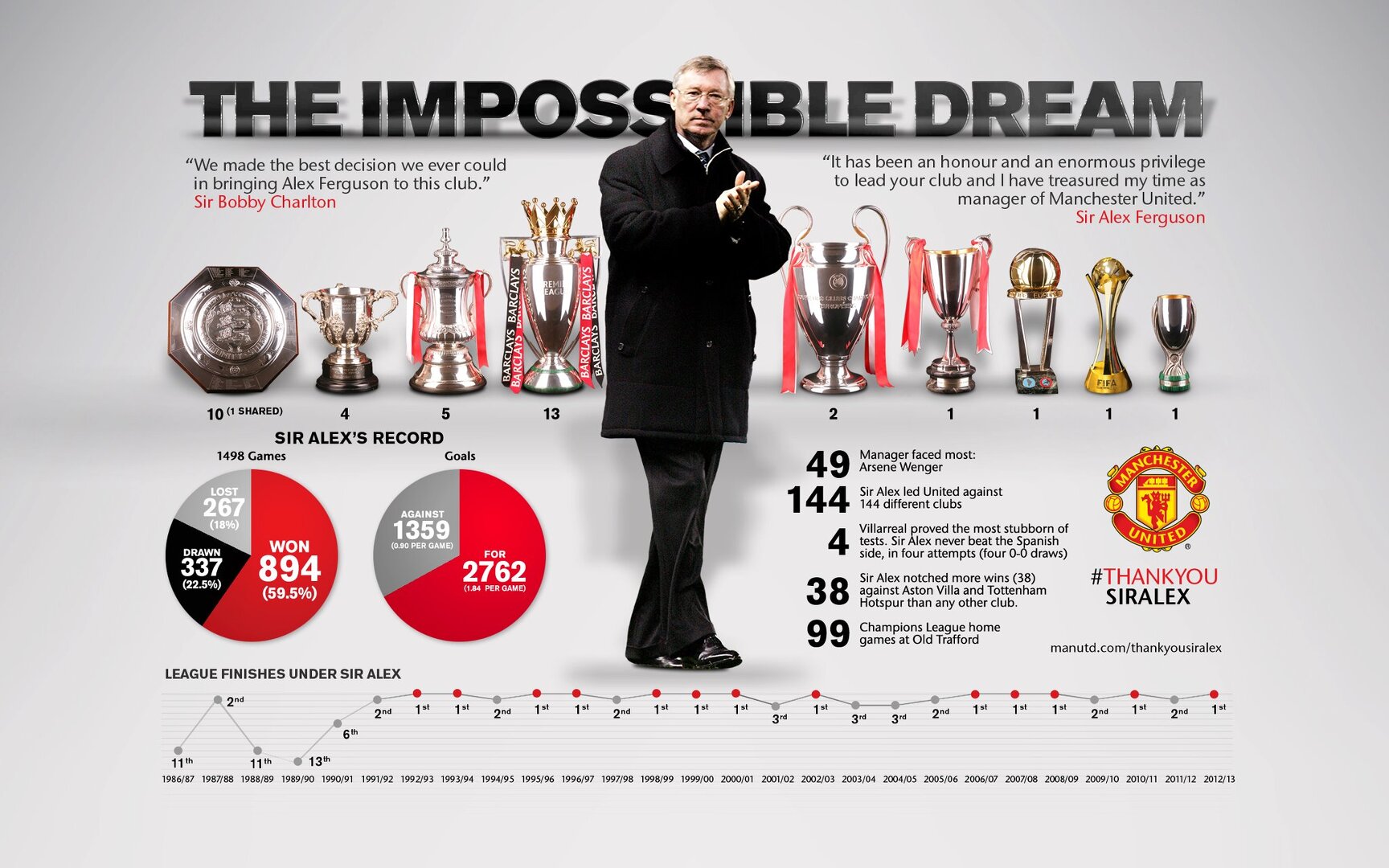 Most Successful Football Managers: Out of the 49 silverwares, 38 were for Manchester United

Ferguson won a record 13 Premier League, two Champion’s Leagues as well as a host of other honours with Manchester United, undoubtedly making him the greatest football manager of all time.