It is always a delight to watch opposition supporters to praise moments of brilliance in football.

As a fan, it’s never a good feeling to see your beloved team concede a goal, to trail behind to lose. It is a heartbreak for most of us to see our club go down that way. The instant reaction is to chastise your defenders, bellow at your goalkeeper and blurt out to the opposition team, especially the goalscorer. It is honestly a fan’s worst nightmare of having to undergo such an ordeal. But sometimes things go down a little differently when fans forget about their respective teams.

Today, we look at five of those unforgettable moments where rivals stood up to acknowledge their adversaries for their performance on the pitch. Of course, standing ovations by rival fans are pretty rare but when they happen, it makes it that much more special.

Cristiano Ronaldo flying high into the air before acrobatically shooting it past the Juventus keeper Gianluigi Buffon right into the corner of the net with an incredible bicycle kick. The goal that made everybody’s jaw drop all around the globe, even Zinedine Zidane who as a player has scored such stunning goals, couldn’t contain his excitement upon witnessing it live from the sidelines.

The strike that will be etched in the mind of fans for generations to come was because of this game.
This was Ronaldo’s second goal in the quarter final in their 3-0 Champions League first-leg victory.

Just seconds after the ball had hit the net, the fans followed Zidane’s lead rising to applaud the man who has, in all likelihood, ended their interest in the Champions League for that season. 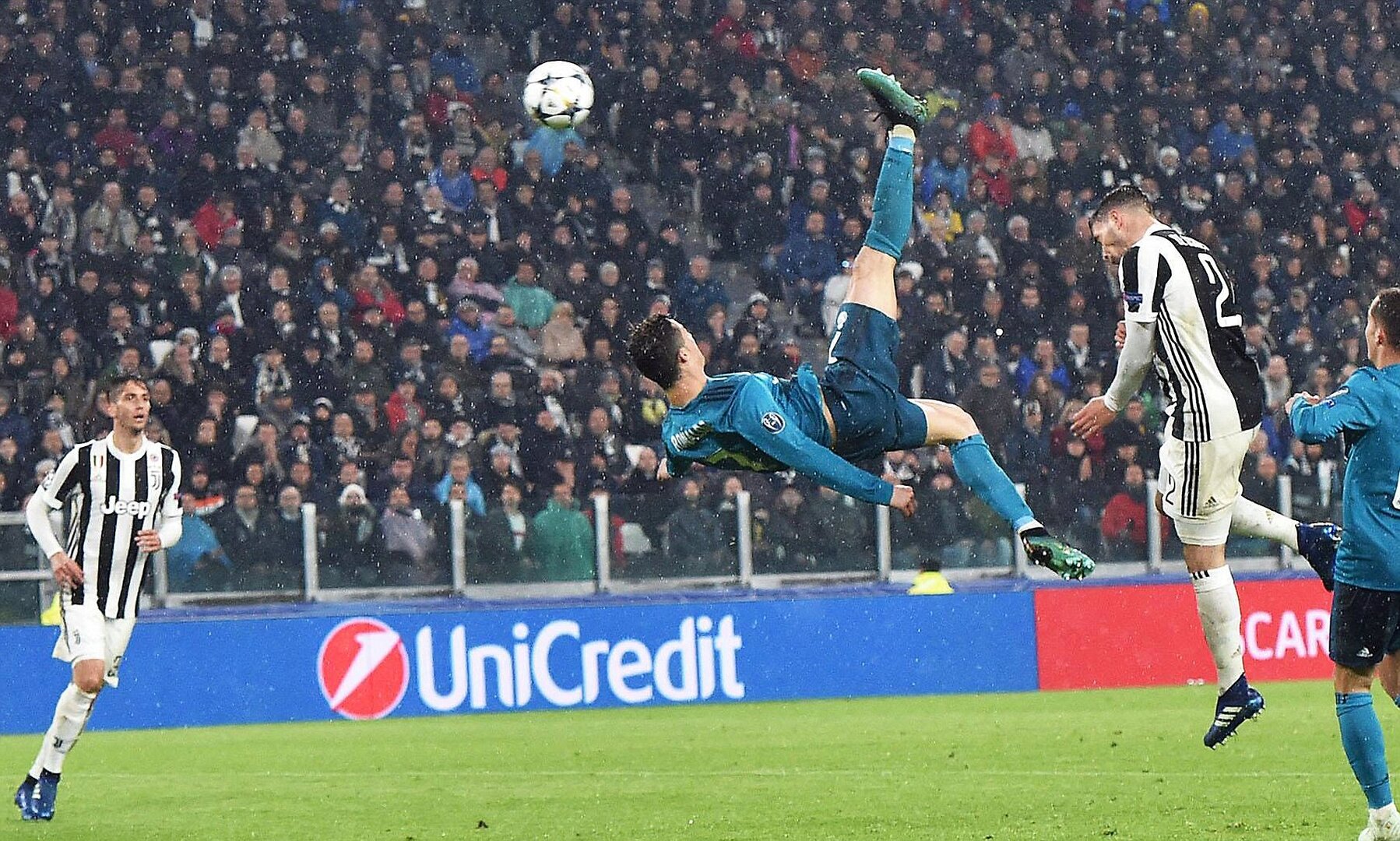 The moment when Allianz stadium gave a standing ovation for the exceptional bicycle kick.

The match that certainly deserves to be on the list simply because of the sheer emotional aspect involved. The Yellow Wall of Dortmund going up in tumultuous applause to cheer for one of their own in the form of Neven Subotic.

The former Borussia man was one of the key players during Klopp’s immensely successful spell at the club. His partnership with Mats Hummels was a cornerstone for the club’s success.

The Serbian returned to play at his home ground for Union Berlin. At the end of the game, he was greeted to rapturous applause from the stadium which left the defender teary-eyed. 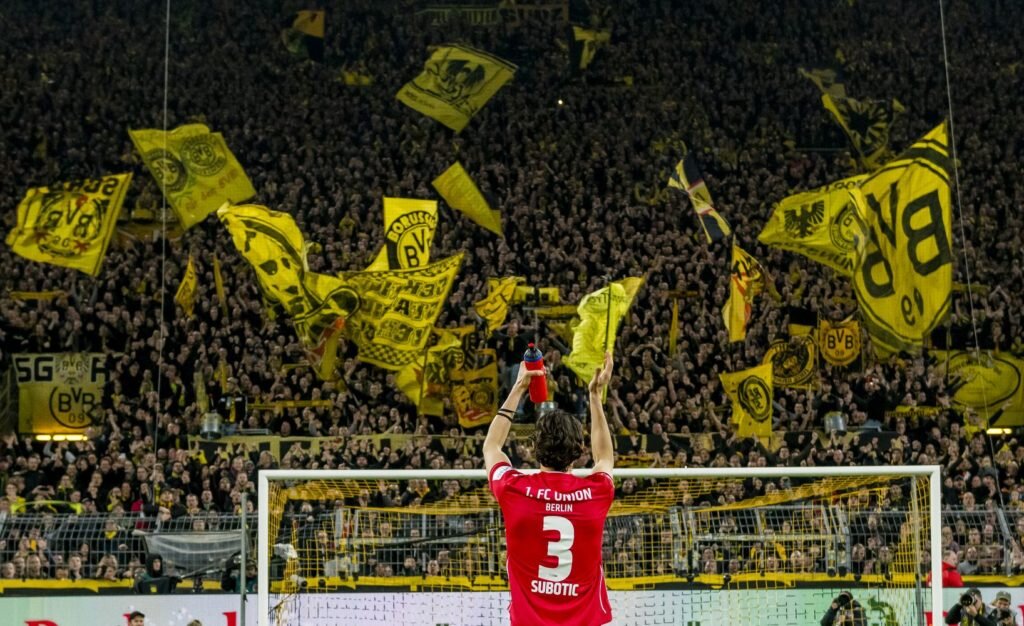 The yellow wall gave a legendary standing ovation to their former player.

AC Milan suffered the worst start in Serie A when they lost 1-3 on their home turf to Fiorentina in their opening game. The Rossoneri looked helpless as they had no answer to the genius of Franck Ribery. The 36-year-old dribbled his way past defenders and put them on their backsides with ease. At the 78th minute, he cut inside from the right-back Davide Calabria and finished into the bottom corner which showed that the former FC Bayern Munich winger still had the old magic in him.

While he was getting subbed off in the 88th minute, the fans got to their feet and gave the veteran footballer a thunderous round of applause. 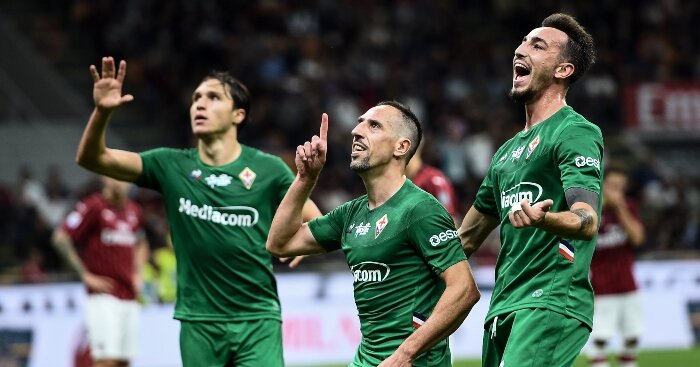 The standing ovation Ribery had never imagined getting.

Remember the father and son image that went viral applauding Ronaldinho’s goal? Yes, it was from this match and the duo were hardcore Real Madrid supporters. Such was the game that it brought every football lover to their feet. The Barca forward had the likes of Ronaldinho, Etoo and a young Messi in their ranks and displayed a riveting game of football.

Etoo opened the scoring followed by two scorchers from Ronaldinho which saw him running past Real defenders and finishing it off in style much to the dismay of the disheartened Real defenders. There is a lot of history between Steven Gerrard and Chelsea. The Blues supporters berated the midfielder throughout his career, and there was little love lost between them. However, during his penultimate game at Stamford Bridge, he was given a standing ovation after scoring Liverpool’s equaliser in his final game against the Blues.

Gerrard left the pitch to a raucous applause from the fans of Liverpool and Chelsea alike which came as a surprise to many. An unexpected gesture to mend the bridges, you might say but at the end of the day, that is the true glory of football. 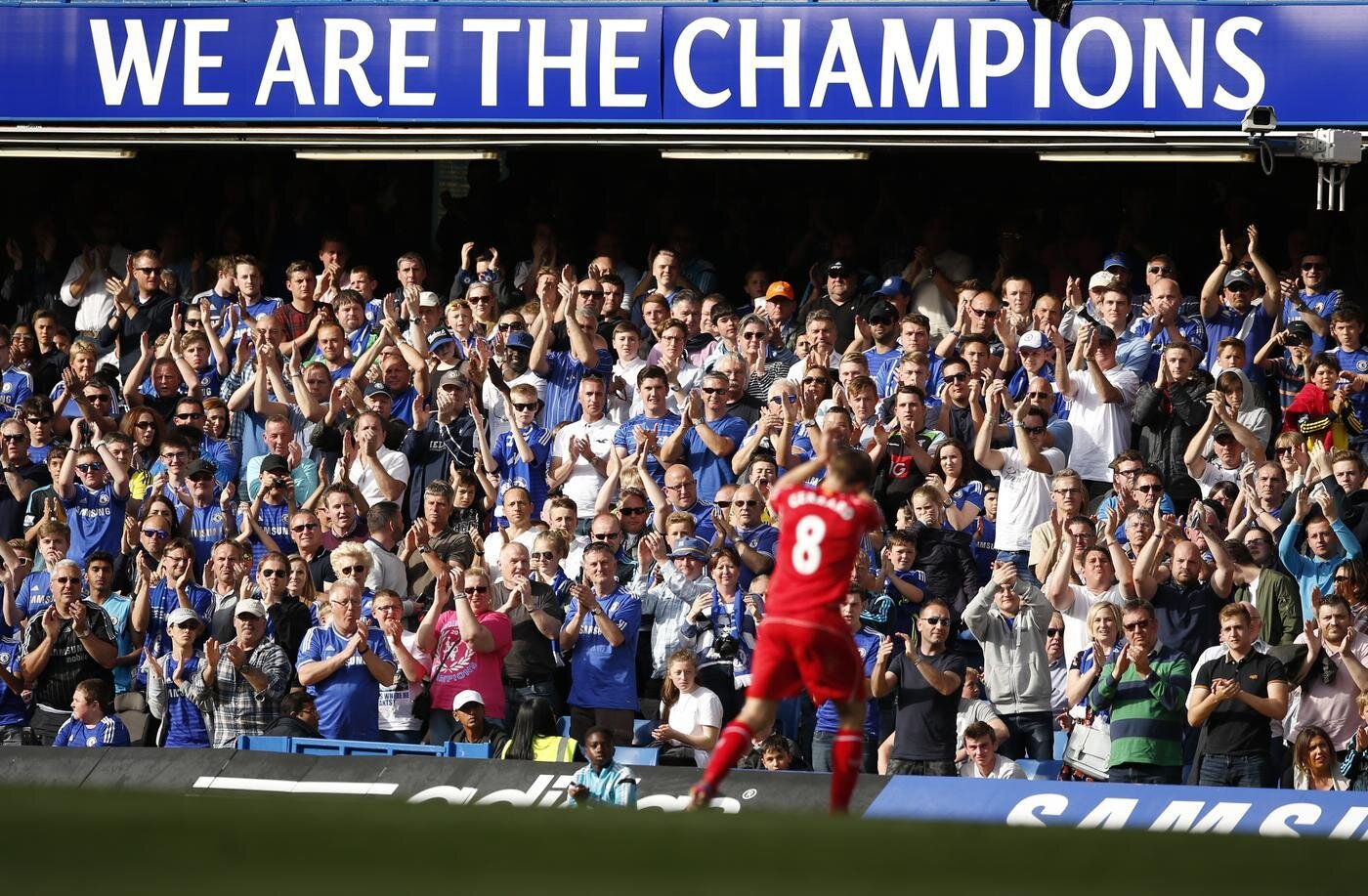