While Francesco Totti and Zlatan Ibrahimovic dreamt of winning it for once, these players did it the most times with ease.

The UEFA Champions League has long been the pinnacle of club football. Only the best of the best have had the honour of lifting the trophy over their heads. Our generation has been spoilt by watching the likes of Cristiano Ronaldo and Lionel Messi win the trophy on multiple occasions, but they aren’t the only ones to have done so.

We at Khel Now take a look at the players with the most UCL titles in the history of the competition.

The German midfield engine has been crucial to his sides over the last decade, putting in match winning performances, week in and week out. Kroos won his first Champions League title in 2013, before winning three on the trot with Real Madrid. The World cup winner will forever be remembered for his impregnable midfield partnership with Luka Modric.

Apart from Kroos, several of his Real Madrid teammates, the likes of Sergio Ramos, Marcelo, Modric and Raphael Varane have also lifted the title four times.

The Dutch midfielder is widely regarded as one of the best midfielders of his generation and remains the only player to reach the pinnacle of club football with three different teams. His first UCL title came with an Ajax team managed by Louis Van Gaal, which could boast of the likes of Patrick Kluivert and Nwankwo Kanu in its ranks.

Seedorf would go on to win the title thrice more in his stints with Real Madrid and AC Milan. The Dutchman is without a shadow of a doubt, a legend of the competition.

The Italian is widely regarded as one of the greatest defenders of all time. Maldini was a part of one of the most dominant AC Milan sides of all time, marshalling his defence with his impeccable reading of the game. He lifted the trophy twice when it was called the Cup Winners Championship and thrice after it became the Champions League that we know of today. Truly a legend of the competition.

Goals from Gareth Bale and Karim Benzema sealed a 13th Champions league title and a fifth for the Portuguese individually back in 2018. Cristiano Ronaldo holds no less than 8 Champions League records and he doesn’t look like slowing down.

His first Champions League title came back in 2008, with Manchester United. Ronaldo scored in the final and United went on to beat Chelsea in a penalty shoot-out. The 33-year-old’s next title came in 2014 when he won La Decima with Real Madrid. Three titles in the next four years followed making Ronaldo arguably the most successful player in the history of the competition.

Lionel Messi vs Cristiano Ronaldo: Who had a better World Cup 2022 group stage? 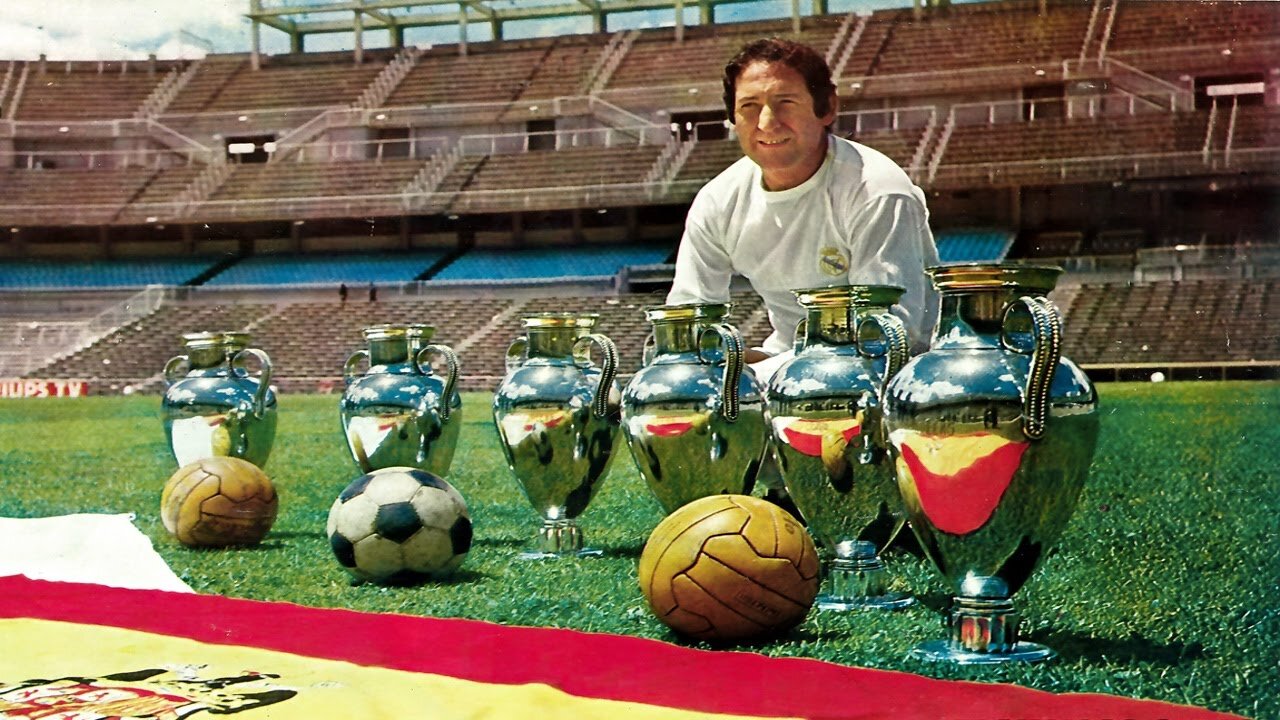 Gento is the most decorated player in the history of the Champions League, with six winner’s medals to his name. The Spaniard played for Real Madrid during their days of utter dominance in the 50’s and 60’s. His record still holds today.

Gento won a spectacular five trophies on the trot from 1956-1960. With that, he capped his collection off with his final victory in 1966. Quite the unsung hero.

Every player harbours ambitions of lifting the UEFA Champions League trophy aloft over their heads, but to do it as many times as the legends on this list is simply a dream. These are players who will forever be remembered as the greatest to ever grace the beautiful game and will be forever sown into the ethos of the greatest club competition in the world.