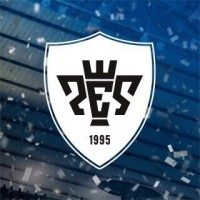 Pro Evolution Soccer 2016 (abbreviated as PES 2016, marketed as Winning Eleven 2016 in Japan) is a football simulation game developed by PES Productions and published by Konami for Microsoft Windows, PlayStation 3, PlayStation 4, Xbox 360, and Xbox One.

It is the fifteenth edition of the Pro Evolution Soccer series and marks PES Productions' 20th year of producing football games.