Since the arrival of the Scotsman the Marina Machans look reinvigorated.

The mood has changed around the Marina Arena. The doom and gloom of not so long ago have suddenly alleviated and have been replaced by hope and energy. The team and its supporters are looking up the table instead of struggling to get off the bottom. This resurgence is down to the arrival of former Burnley FC manager Owen Coyle, who took over from John Gregory.

The Scotsman has come to the club with a clear aim, to get the former two-time champions into the playoffs.

We at Khel Now take you through five things that Owen Coyle has already changed at Chennaiyin FC:

5. Improving the mood around the club

Though it may seem highly cliched, it has been proven time and again that a happy footballer is a good footballer. Chennaiyin’s squad is gifted with some of the league’s most talented players. Despite this obvious talent, the squad was massively lacking confidence and flair under the previous management. The likes of Anirudh Thapa and Lallianzuala Chhangte looked tired, worn and a shadow of the players we know they can be.

Under Owen Coyle, the players seem happier, more energetic and hopeful that a playoffs spot is within reach.

To be fair, Chennaiyin’s goal drought had come to an end towards the end of Gregory’s reign. However, prior to Coyle’s arrival, the goals that the side scored looked almost accidental, with no discernible plan in place.

Under Owen Coyle, the likes of Nerijus Valskis and Andre Schembri look like players who attack with a clear vision of the game in their minds. As a result, the team have scored seven goals in three games, a number that could and probably should have been more.

The young winger joined Chennaiyin on the back of a trial at Viking FK in Norway. Chhangte was touted as the “X-factor” that would get the team back to the top of the ISL, but he never quite reached those heights. However, since the change of coach, Chhangte has shown glimpses of why the club invested in him.

Coyle has gotten the winger to slow down and attack with greater composure, a tactic that resulted in a goal and an assist against Kerala Blasters, easily his best performance this season.

2. Shoring up a leaky defence

Chennaiyin had hoped that their leaky defence from last season would be a thing of the past when they brought in Lucian Goian and Edwin Sydney Vanspaul in the summer. However, it did not turn out to be the case, with the club keeping just a single clean-sheet in the first seven games of the campaign.

While this particular stat has not improved under Coyle yet, the defence looks far more organized and commanding and less prone to the errors that cost them vital points early on in the season.

1. A reconnect with the fans 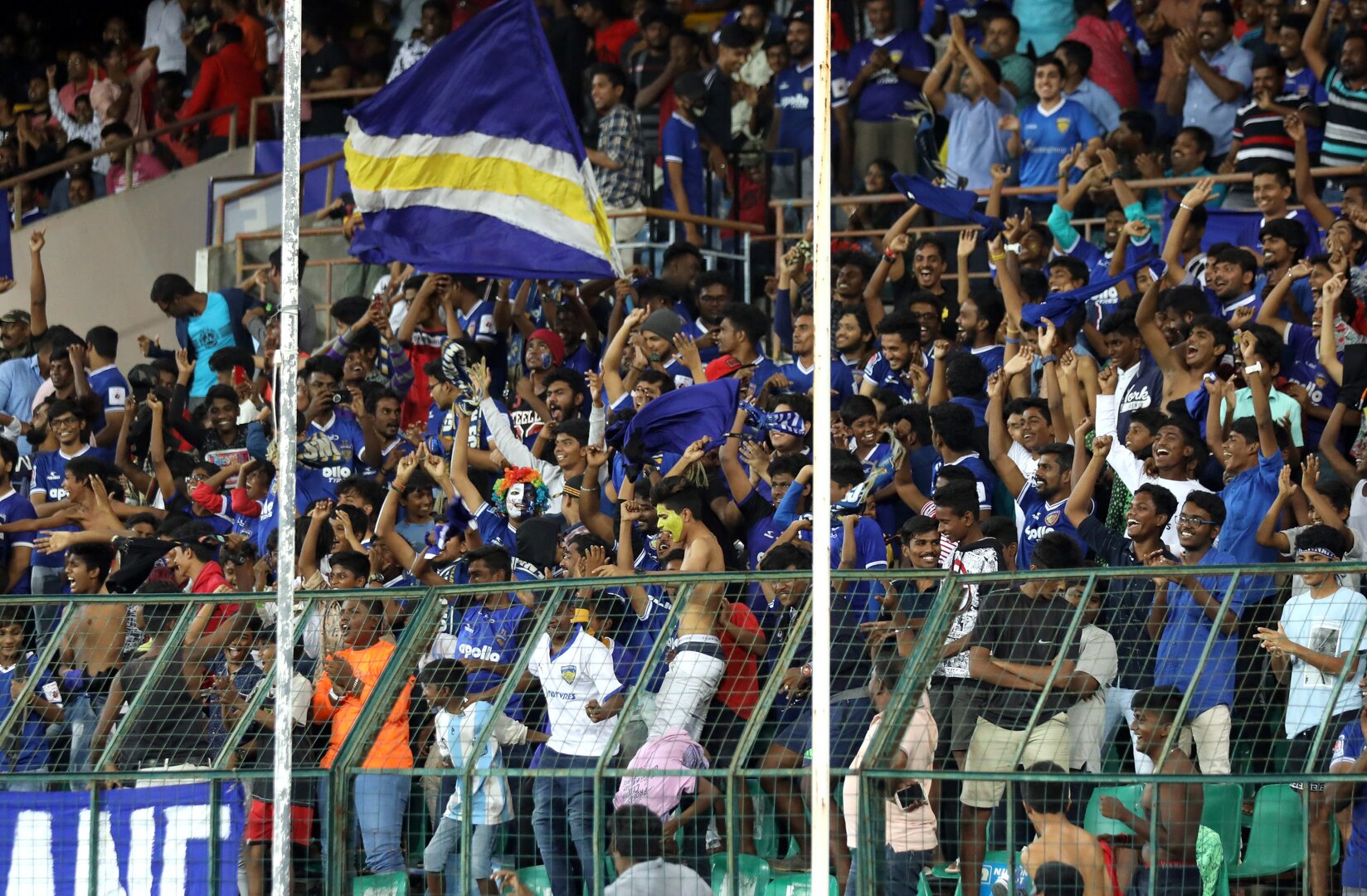 Finally, and perhaps most importantly, Owen Coyle’s arrival has been met with a great response from the Chennaiyin FC fans. The sport crazy city of Chennai seemed almost disinterested at times, during Gregory’s reign. The number of empty seats at the Marina Arena grew game-on-game and was a sad sight for any fan of the sport.

Owen Coyle: We have to be at our very best against Jamshedpur

However, this was not the case at Coyle’s first home game in-charge of the club. The fans were at their vociferous best, with an attendance of nearly 12,000. It is a widely accepted fact that a football team is only as good as the fans they have behind them. Chennaiyin and Owen Coyle will be desperate to get the fans back behind the team, urging them on from home and from the stands.