The Blasters will be hopeful of getting their second win in a row against Mumbai City FC at the Jawaharlal Nehru Stadium, Kochi.

Having claimed the win against ATK in the ISL season opener, Kerala Blasters will be looking to register their second victory of the campaign when they host Mumbai City FC on Thursday.

Although Kerala Blasters club have a few unavailablity with TP Rehenesh and Mario Arques, they will not want to let the home advantage go in vain.

Mumbai City, on the other hand, are kicking off their campaign on Thursday and will have set their eyes on beginning it on a high note. The Islanders made their way to the ISL semi-finals last season, but succumbed to an aggregate 5-2 defeat to FC Goa.

However, having retained the likes of manager Jorge Costa and star man Modou Sougou, they will be looking to go one better this time around.

Kerala Blasters began their last season on a winning note, claiming victory against ATK in the opener. But, what followed was nothing short of a disaster, as they nosedived and finished ninth in the table when the league phase came to an end. This is exactly what they will want to avoid this time around.

With the league still in its early days, the Yellow Army will have to make the most of their home advantage and make sure they claim victory against Mumbai City on Thursday. They also get on the road after this match and there would be nothing better than going away with two consecutive wins in the bag.

When it comes to the Islanders, there would be nothing better than defeating the Blasters in Kochi to begin their season.

Mumbai City had the chance to watch Thursday’s opponents closely three days ago against ATK, while Blasters go into the game without a proper idea of what to expect from them. This is an advantage Jorge Costa could make use of against the South Indian outfit.

As mentioned before Kerala Blasters have some injury concerns going into Thursday’s game. TP Rehenesh, Blasters’ first-choice goalkeeper as confirmed by boss Eelco Schattorie, had twisted his ankle ahead of the ATK match and it remains to be seen if he is fit to replace Bilal Khan in goal.

Mario Arques, who came on as a substitute in the opener on Sunday, went off after playing less than 30 minutes after picking up another injury, giving Schattorie more headache.

Jorge Costa’s Mumbai City, who are coming into the game fresh, do not have any injury problems apart from the unavailability of young centre-back Anwar Ali. The 19-year-old has opted out of the squad after being diagnosed with a heart problem.

The two teams have faced off 10 times so far. Of these, Mumbai City have won three and Kerala Blasters two. The rest of the five matches ended in draws. 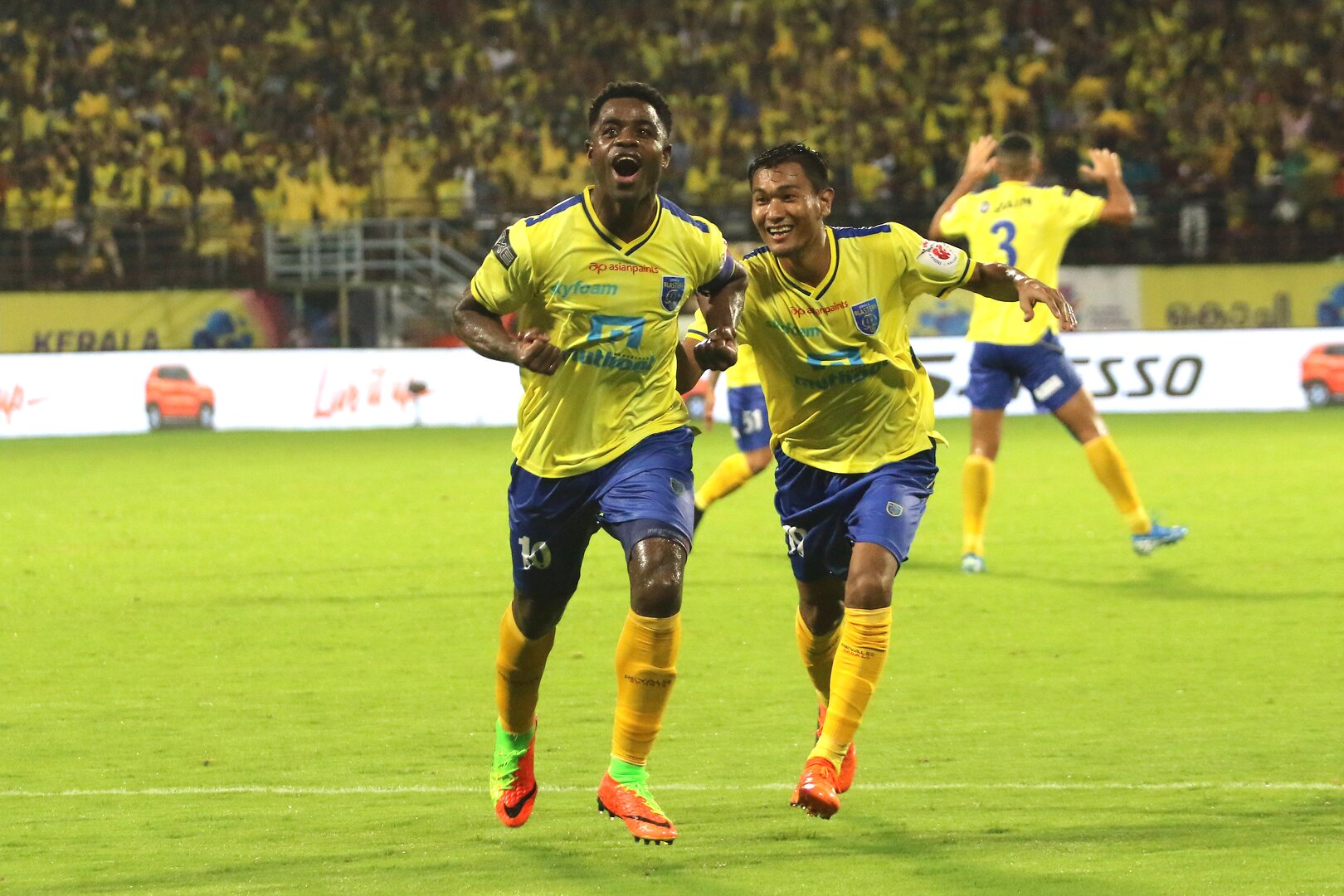 Ogbeche scored a brace against ATK in the league opener

he ex-Nigerian international was our Kerala Blasters man to watch for the ATK match and it is hard to replace him for the game against Mumbai City. The Blasters’ skipper scored a brace against the Kolkata-based club on Sunday to give his side the win. Ogbeche is clearly Blasters’ main man this season and the one the Islanders should fear.

The former Marseille man was the second top scorer, behind Ogbeche, in the ISL last season, having scored 12 goals. The Islanders retained the Senagalese forward for the season, with the hopes of seeing him do exactly what he did last term. The Kerala defence showed signs of weaknesses against ATK, leaving Sougou with the perfect opportunity to hurt them on Thursday.

The match will be broadcast live on Star Sports 2 and Stars Sports 2 HD. It will also be streamed on Hotstar and Jio TV.