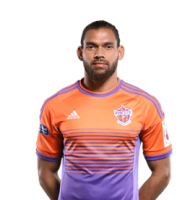 The curly locked player first learnt the ropes at Vasco SC before his parents enrolled him at the famous Sesa Football Academy which has churned out an unending line of young Goan talents. From there, Adil Khan hopped over to Sporting Clube de Goa for a reunion with academy coach Vishwas Gaonkar who led the flaming orange to the top of the 2008-09 I-League table in the first leg. They ultimately finished third, without Gaonkar. The dogged and bustling defensive midfielder is one of the best of his kind in the country, a determined spoiler in the middle of the park; he is also comfortable in a central defender's role. His favourite players are Rio Ferdinand, lookalike David Luiz, Mahesh Gawli and Mehtab Hossain.

Khan played an integral role in Sporting's renaissance following their return to the I-League after relegation. His performances were rewarded with a call-up to the senior national team in 2012. A season in Kolkata with the maroon & green also fructified. He made seven appearances for the Lions in the inaugural season and will turn out in Pune colours for the coming one.