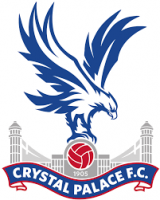 Crystal Palace Football Club is an English professional football club based in South Norwood, London, that plays in the Premier League, the highest level of English football.

The club was founded in 1905 at the famous Crystal Palace Exhibition building by the owners of the FA Cup Final stadium, who wanted their own team to play at the historic venue.

Palace played their home games at the Cup Final venue until 1915, but then the First World War forced them to move out and play at Herne Hill Velodrome and The Nest. In 1924, they moved to their current home at Selhurst Park.

The club played in the Southern Football League during their early years, before joining the The Football League in 1920, and were crowned inaugural champions of the newly formed Third Division in 1920-21.

Since 1964, the club has mostly played in the top two leagues of English Football. Their top flight achievements include a highest ever league finish of third place in the top division in 1990–91. Palace were denied the chance to play in Europe the following season due to the partial UEFA ban on English clubs caused by the Heysel Stadium disaster. Palace also became founder members of the Premier League in 1992. Palace have been second tier champions twice and have been winners of the play offs for a record four times.

In 1973, the club changed its original nickname from The Glaziers to The Eagles and introduced the red-and-blue vertical stripes now associated with the club. The club had previously played in claret and blue colours.

Palace have rivalries with Brighton & Hove Albion, with whom they contest the M23 derby, and fellow South London club Millwall.