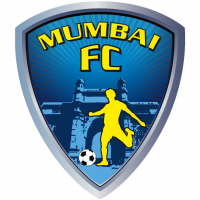 Founded in June 2007, Mumbai FC was established in order to provide impetus to the sport in the metropolis and to give young players in the city an opportunity to hone their skills for the beautiful game. The newly formed club participated in the Mumbai Football League elite division in 2007.

However, they first came to prominence after being promoted to the top tier of Indian football for the 2008-09 season, after spending just a single season in the I-League Second Division. The Mumbai outfit played their first ever top flight match away to Kolkata giants Mohun Bagan, a game that ended in a famous 2-1 win for the newcomers. The club finished a commendable seventh that season, which remains their best ever league finish to date. However, since the I-League was reworked in 2007 and since Mumbai first entered the league in 2008, they have been one of the mainstays of the division.

For the 2014-15 campaign, the club entered three competitions, ie the MDFA Elite League, Federation Cup and the I-League and they will be keen to build on previous seasons as they continue under the stewardship of former player and India international Khalid Jamil, who has been at the helm of affairs since 2009.

The Cooperage Ground in South Mumbai is home to the Mumbaikars who play in two strips. Their home kit is a combination of Yellow shirts and blue shorts, while the away one is made up of white shirts and black shorts. The club is owned by the well-known Essel Group.