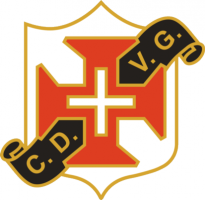 During the last five decades the club participated in most of the major tournaments in India. The sixties and seventies were the most productive years for the club and they won some of the major tournaments during that time like the Kerala Trophy, Stafford Cup, Bandodkar Gold Trophy, Chakola Gold Trophy and Sait-Nagjee Trophy. It failed to stamp its mark in other tournaments like the Rovers Cup, Bordoloi Shield, Nehru Memorial Tournament, having lost out in the final.
As far as honors at home go, the club won the Goa Professional League title on six different occasions starting in 1954 until 1969 and is the oldest registered Club still participating in the State's top League competition, never once having been relegated in the Club's history.
After two decades of major victories, the 80's saw a decline in the efficacy of the Club in terms of All India and State Tournaments. However, it retained a prominent position among the top five Clubs in Goa. The decline started when the Bandekar group withdrew support and there were no new white knights to fund the increasing cost of top class players.
Over the last five decades the club has received a lot of financial help from many philanthropic benefactors not only from the port town of Vasco, but from different parts of Goa and Goans residing abroad.
Undaunted, from the mid 90's the Club, under the leadership of Nõel da Lima Leitão, took the help of Zeca Miglietti from Portugal, former Benfica defender, as coach for its training programme. His hard work saw the Club reach the quarterfinal phase of the KBL Federation Cup and among the contenders for qualification to the Premier Division National League.