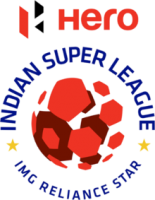 The Indian Super League (ISL) is one of the two top-tier professional football leagues in India, the other being the I-League. It is known as the Hero Indian Super League for sponsorship reasons.[1] It runs from September to November, with a finals series determining the champion in December.

The Indian Super League was founded in 2013 in an effort to make football a top sport in India and to make Indian football a major player worldwide.[3] Unlike the majority of football leagues around the world, the ISL does not use the promotion and relegation system but instead a franchise system along the lines of the Twenty20 cricket Indian Premier League, and Major League Soccer of the United States and Canada. The league features eight franchise teams from all around India.

The league has seen two champions till the date in Atletico de Kolkata and Chennaiyin FC. Since the ISL is not the official league of India, Clubs do not have the scope to represent the nation at continental and world level.

The inaugural season of the league was held in 2014. The current champions are Chennaiyin FC, who won the 2015 season by beating FC Goa 3–2 in the final.