The Highlanders have a new-look squad this season and look forward to a successful campaign under the new head coach.

The season 2018-19 turned out to be memorable one for the Highlanders faithful. Having failed in their first four seasons to qualify for the play-offs, NorthEast United finally broke the jinx last season as they qualified for their first ever play-offs, losing to eventual champions Bengaluru FC.

Although the two key figures behind their success last season, namely striker Bartholomew Ogbeche and manager Eelco Schattorie have left the club, it is quite evident from their build up to the new season that they have no intentions of slowing down the momentum.

In this article, we discuss NorthEast United as they try to qualify for the play-offs twice in a row and we talk about the squad, their strengths and weaknesses.

NorthEast United cancelled their pre-season trip to the UAE and played out a few friendly matches at Guwahati itself. They played a few pre-season preparatory games with various local sides and yielded positive results.

The Highlanders also played out a goalless draw against Minerva Punjab on the 29th of September. The pre-season results and performances have been positive as the players are working hard to prepare for the season ahead.

Their biggest pre-season game was on the 9th of October where they faced the Indian National football team to become the first and only Indian Super League club to play against the national team. The game ended a 1-1 draw as Asamoah Gyan scored on his debut for the club.

NorthEast United have been busy during the transfer period making 13 signings, the most prominent being Asamoah Gyan who came in as a free transfer. Other notable signings include Martin Chaves(Juventud), Wayne Vaz (Churchill Brothers), Maximiliano Barreiro(SD Aucas), Kai Heerings (Fortuna Sittard).

Apart from Gyan, there will be big expectations from forward Martin Chavez who has looked in great touch during the practice matches, banging in goals. All eyes will also be on Dutch defender Kai Heerings who has been brought in to replace Grgic. Grgic and Komorski were at the heart of the Highlanders’ stingy defence last season.

Although NorthEast United had their best ever finish last season, most of their star performers from last season have left the club, the biggest of them being Bartholomew Ogbeche(Kerala Blasters FC) and Rowllin Borges( Mumbai City FC). Ogbeche, Seityasen Singh and Goalkeeper TP Rehenesh were roped in by Kerala Blasters where they will join coach Eelco Schattorie who led United to the first ever play-off finish last season. Other prominent departures include Mato Grgic (Mumbai City FC) and Juan Cruz Mascia. The departure of Borges and Grgic has left NEUFC with big boots to fill in midfield and defence respectively.

Very much like last season, NorthEast United would be relying on its attack. Although the striker has changed NorthEast United have replaced their free scoring goalscorer from last season (Ogbeche) with a much bigger name(Gyan). Gyan is supported by the likes of new signings Chaves and the energetic Triadis who could form a lethal attack for the Highlanders.

With the departure of Rowllin Borges, United has a pretty underwhelming mid-field this season. The likes of Milan Singh, Lalengmawia and the rest of the NorthEast mid-field has to up their game big time in order to replicate their last season’s performance.

Furthermore Grgic and Komorski formed a great partnership at the heart of NorthEast’s defense however injury to one of them opened up the United back line. Although NEUFC has brought in Heerings to replace Grgic, their lack of depth in defence will be exposed if any one of Komorski or Herrings gets injured. The newly-appointed head coach comes with a vast experience from Croatia.

After the departure of Eelcho Schattorie to Kerala Blasters FC, NorthEast United decided to replace him with former Croatian U-19 coach Robert Jarni. Robert Jarni has also managed the Croatian U-20 national team. As a player Jarni played alongside the current Indian Football team manager Igor Stimac representing Croatia. Meanwhile, former I-League winning coach Khalid Jamil has been appointed as the assistant coach for the Highlanders. 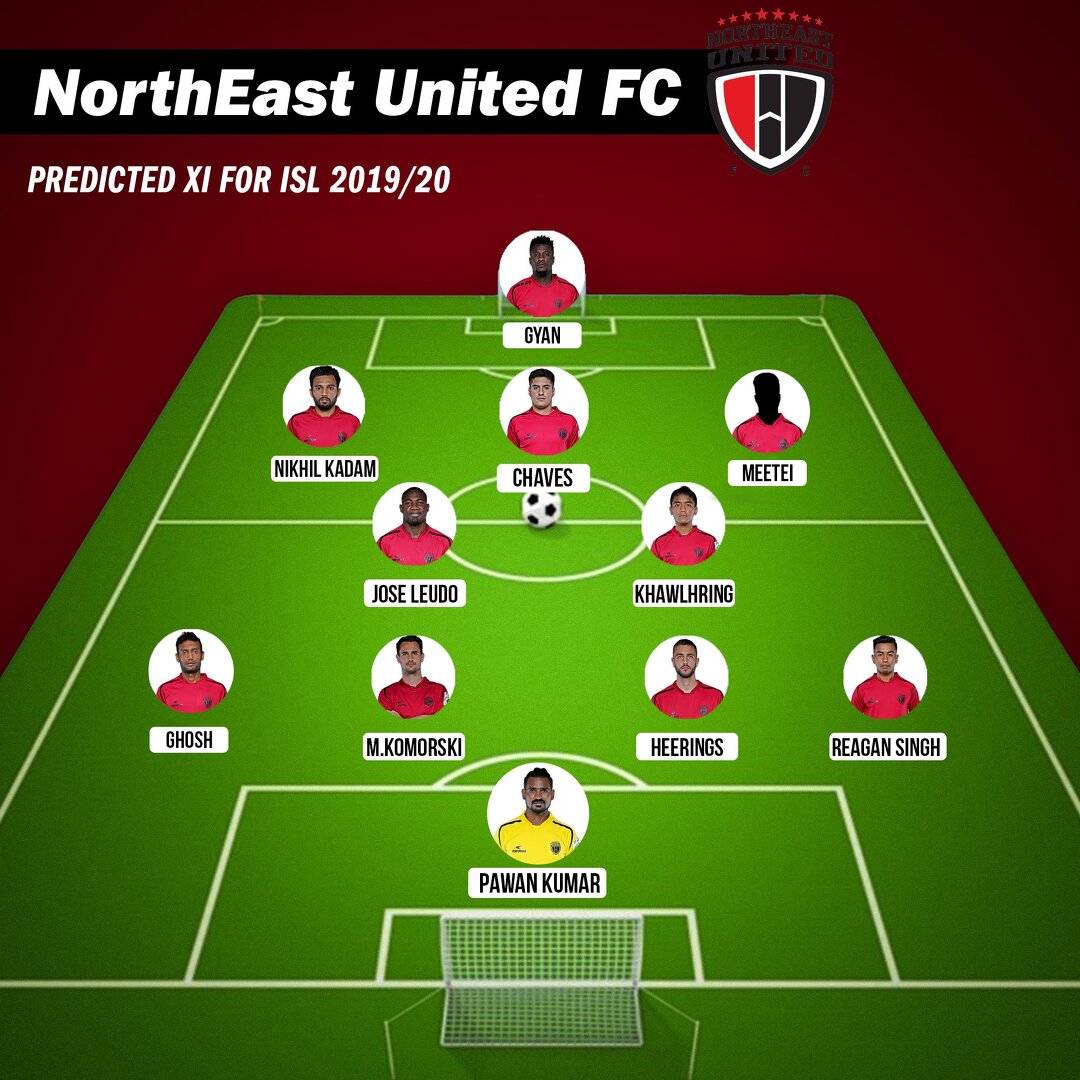 Under Jarni the team will most likely have an attacking approach to the game, with more of build-up play from the back rather than a direct style. With Gallego set to miss the first half of the season, Jarni would start the season with a man short in the attacking half.

United could continue with the 4-2-3-1 formation from last season with Pawan in goal, Komorski and Herrings the two centre backs with Keegan and Robert the two fullbacks. Leudo continues his role as the pivot in the mid-field from last season while the other defensive mid-field position is up for grabs.

Kadam and Triadis can play on the wings while Chaves can play just behind Gyan becoming the link between the mid-field and the attack. 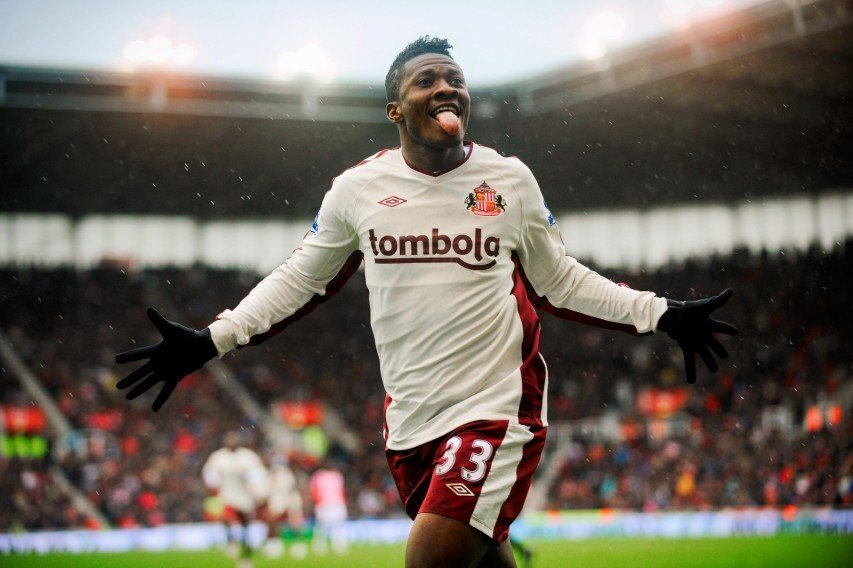 The Ghanaian forward is one of the most lethal strikers in the league this season.

NorthEast United fans were made to wait for a long time to find out their replacement for Ogbeche but the wait was worth it as NorthEast United unveiled Asamoah Gyan as his replacement. Gyan needs no introduction in the footballing community. His heroics in the 2010 FIFA world cup is still talked about.

An out and out striker, Gyan is a devastating goalscorer with both pace and power. The 33 year old also brings with him an abundance of experience, having played in the Ligue 1, La Liga and the Premier League.

Martin Chaves is a 21 year old attacking mid-fielder, a former Uruguay U-17 international. Like Asamoah Gyan, Chaves is a new recruitement for the season. The departure of Borges has led to a huge void in the midfield of the Highlanders and Chaves is expected to fill in that void.

Chaves is likely to play behind Gyan and form a link between the midfield and the attack. The Highlanders may have taken a risk in signing such an youngster but Chaves has looked good during the pre-season and is certainly one of the players to look forward to in the upcoming season.

Here are the official fixtures for the upcoming season! ↘️

Who else can't wait for the season to start? 🤩#StrongerTogether#8States1United pic.twitter.com/Z2EQhiNavv

The Highlanders fans were back in huge numbers again last season to support their team. The good performance on the pitch helped a lot in attracting the crowd. Following last season’s performance and the ever growing NEUFC fan base it’s safe to say that the crowd is going to be bigger this time around.

While the season ticket is up for registration, the match tickets will soon be available in BookMyShow. The lowest priced ticket last season was available for Rs. 250 and no hike in ticket charges is expected this season.

Having had their best ever finish last season, NorthEast United would want to replicate that result if not better it. With some big signings made, the biggest of them being International star Asamoah Gyan and the positive results during the pre-season friendlies, NorthEast United would at least expect to qualify for the play-offs for the second consecutive time.