Boxing day has a history of producing some extraordinary results.

Fantasy Premier League: Despite not playing, this week was to be Liverpool’s. Manchester City made sure Leicester slipped in its bid to catch up to Liverpool with a dominating 3-1 win against the Foxes.

Everton and Arsenal played out a goalless draw while it was a butter return to Stanford Bridge for Jose Mourinho as the Portuguese got outwitted by Frank Lampard’s men thanks to a double for Willian. Manchester United continued their Robinhood performances by succumbing to Watford away from home – thanks to two quick-fire goals at the beginning of the second half.

Jamie Vardy led the disappointing performance with nine points with support from John Lundstram who had six points. Matt Doherty and Kevin De Bruyne had one assist in their respective games giving them four points each while Captain Marcus Rashford also had four and Richarlison had three. Harry Kane and Tom Heaton got two each while Diego Rico, Daniel James and John McGinn had one each.

The average for the week was 38 points.

The Free Hit turned out to be a dud and the team looks stable as it is. There are no transfers made this week. Harry Wilson, Jetro Willems and John McGinn are all injured with the former failing to put anything concrete on the table since his selection.

Who is Carlos Cuesta - the unsung hero in Arsenal’s title charge?

The formation is 4-3-3 again. Tom Heaton features in goal ahead of Rui Patricio. The latter faces goal-hungry Manchester City and is an easy choice for the bench. Andrew Robertson, John Lundstram, Patrick van Aanholt and Caglar Soyuncu start in a four-man defence with injured Jetro Willems moving to the bench as his side is facing Manchester United this week. 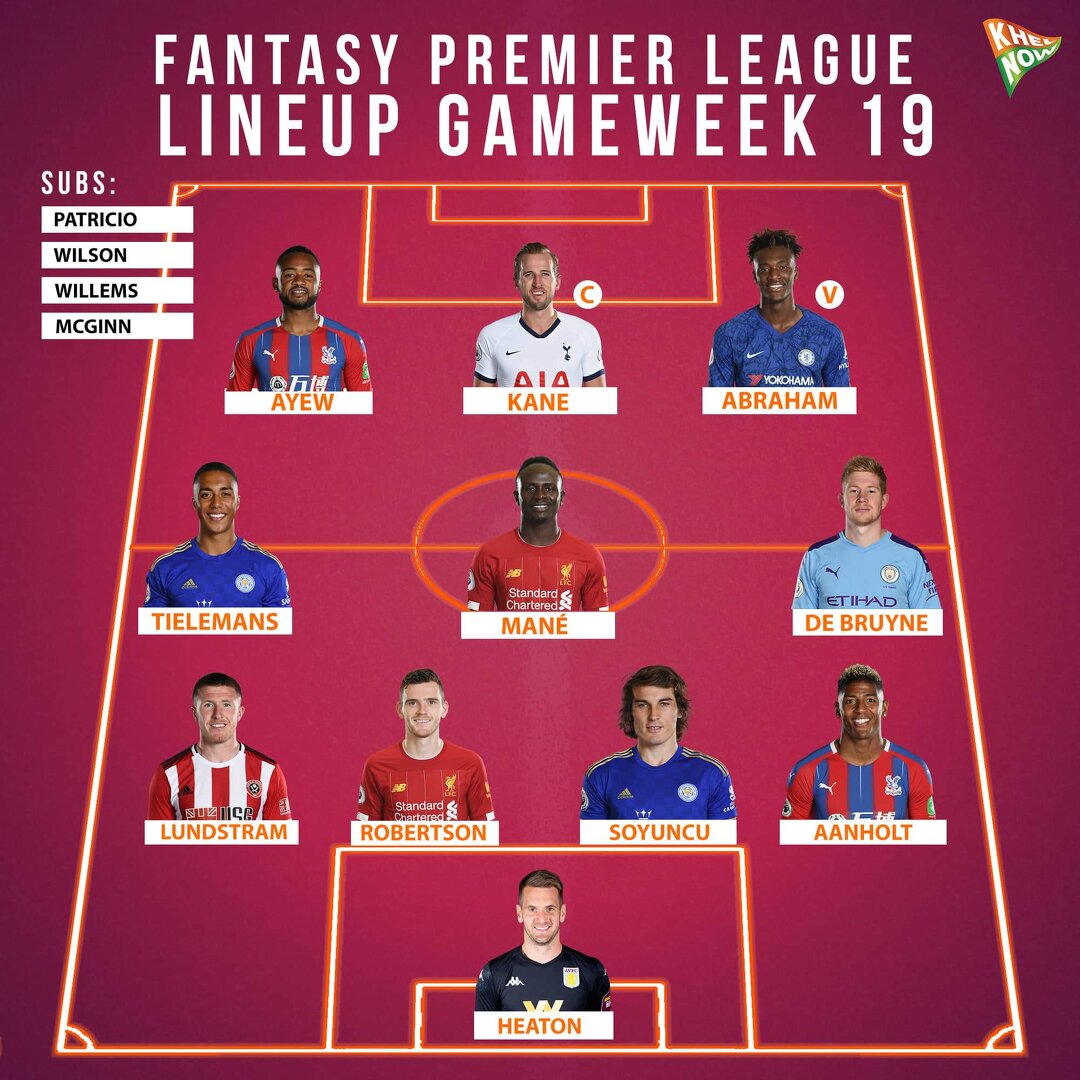 It is Kevin De Bruyne, Sadio Mane, and Youri Tielemans in the midfield this week, with the Leicester midfielder, whose side faces struggling Watford at home. Harry Kane and Tammy Abraham start alongside Jordan Ayew in the forward line. The Tottenham striker is the captain for the week while the Chelsea forward is the vice-captain.

It is first vs second at the King Power Stadium as Leicester aims to get their title bid back on track against the Club World Cup champions. This fixture closely scrutinised by the Cityzens who travel to Molineux to face Wolverhampton.

Newcastle will travel to Old Trafford to battle Manchester United while Chelsea will welcome Southampton to the Bridge. Bournemouth faces a new-look Arsenal while Brighton will travel to Tottenham.