The second half of the league kicks in with this gameweek.

Fantasy Premier League: Liverpool FC gave a dominating statement with a resounding victory over Leicester, beating the Foxes 4-0 on the back of Trent Alexander-Arnold’s brilliant performance. Manchester United managed a rare win against a weaker side thanks to an all-around performance from their forward line against Newcastle United while Tottenham Hotspur managed to come back and claim three points against Brighton. Bournemouth held Arsenal while Chelsea got shocked at the Bridge by Southampton.

With Kevin De Bruyne(Five points) playing late in a 3-2 defeat to Wolves, it was a well-rounded performance by the team. Captain Harry Kane earned 16 points while Jordan Ayew had 12 points. Tom Heaton delivered a fine performance to get 10 points while Andrew Robertson and Sadio Mane got seven and six points respectively for their performance against Leicester.

The average for the week was 49 points.

John McGinn being out injured has caused major depth problems in the team. Norwich midfielder Todd Cantwell takes his spot. Cantwell is not a reliable option but for his price range, can deliver a decent amount of points to support the major players. That will be the only transfer made this week.

3-4-3 is the preferred formation this week. Tom Heaton gets another chance in goal as Aston Villa is playing Watford this week. Liverpool facing Rui Patricio moves to the bench. John Lundstram and Patrick van Aanholt move to the bench, with Andrew Robertson, Caglar Soyuncu and Jetro Willems starting in defence.

Vice-captain Kevin de Bruyne is accompanied by Sadio Mane, Youri Tielemans and Harry Wilson this week in the midfield, with newcomer Todd Cantwell moving to the bench. Tammy Abraham, Jordan Ayew and Harry Kane start in a strong forward line. Harry Kane is the captain for the week. 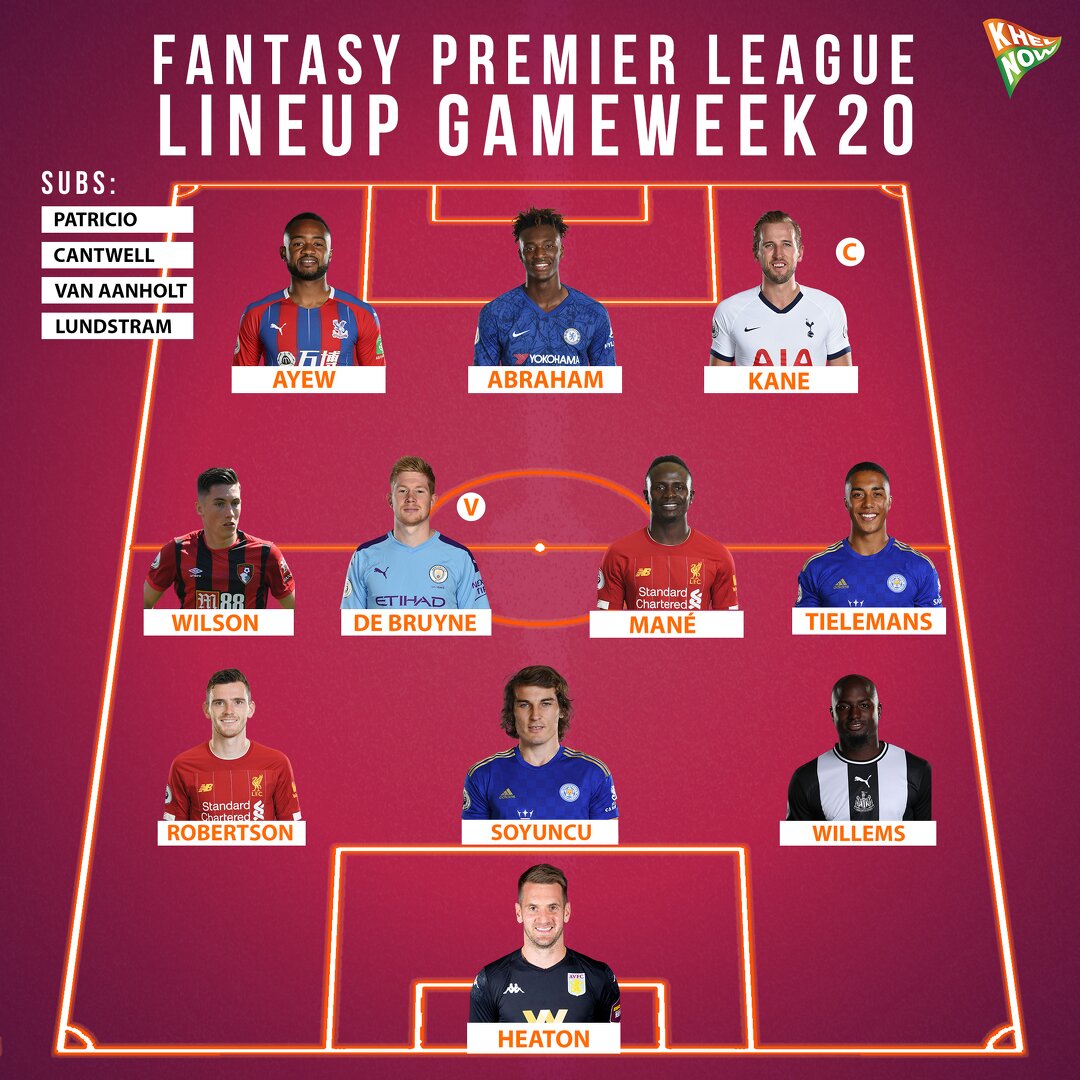 Table-toppers Liverpool are at home to Wolverhampton while resurgent Manchester United face Burnley away from home. Tottenham are facing Norwich at Carrow Road while Manchester City are home to Sheffield United. The Match of the week is the battle between the former powerhouses of England and London; Arsenal facing Chelsea at the Emirates.