The club, through the change in name, will be hoping for a change in fortunes in the new campaign.

Erstwhile Minerva Punjab FC, newly-branded as “Punjab FC” will commence their season when the new edition of the I-League starts from 30th November, 2019. The name change was recently announced by club officials.

Punjab FC’s life in the league can be best termed as a rollercoaster ride, with extreme highs and lows. After securing promotion to the top tier within the first year of the club’s inception, the beginning was unpleasant for the outfit in the I-League, as they finished in ninth place in the 2016/17 season.

However, in a shocking turn of events in the 2017/18 campaign, the North Indian club went on to lift the title against all odds, backed by brilliant teamwork and a collective display. Just as things started to look bright for the Warriors, their campaign as defending champions in 2018/19 resulted in a reality-check, as they dropped to tenth place in the final league standings.

With another season looming large for the only North Indian club left alongside Real Kashmir FC, the fans and the hierarchy will be hoping for a better turn of events this time around. Here is the season preview for Punjab FC ahead of the I-League 2019/20.

Last season’s league campaign was one to forget for the defending champions. Winning only four out of 20 fixtures and finishing second from bottom was the unlikeliest outcome the club might have anticipated. Off-field controversies further marred the club’s overall season performance, with the 2019 AFC Cup stint only some sort of a positive to take away.

After being drawn in the same group as Indian Super League side Chennaiyin FC, the club went on a five-game unbeaten streak, drawing each game. Without any victories to show for, Minerva Punjab could not secure enough points to qualify into the next round and their disappointing season came to a close. The club boycotted the Hero Super Cup 2019 and were subsequently not invited for the Durand Cup.

Punjab FC have had a decent pre-season, with their developmental side notching up two trophies in the Sukhia Gold Cup and Punjab Super League. They also faced ISL sides in preparation for the next campaign, namely NorthEast United FC, Bengaluru FC and FC Goa.

Apart from a narrow defeat to the Gaurs by a scoreline of 3-2 and a stalemate with NEUFC, the highlight of the pre-season was definitely securing a victory over the reigning ISL champions, Bengaluru FC. 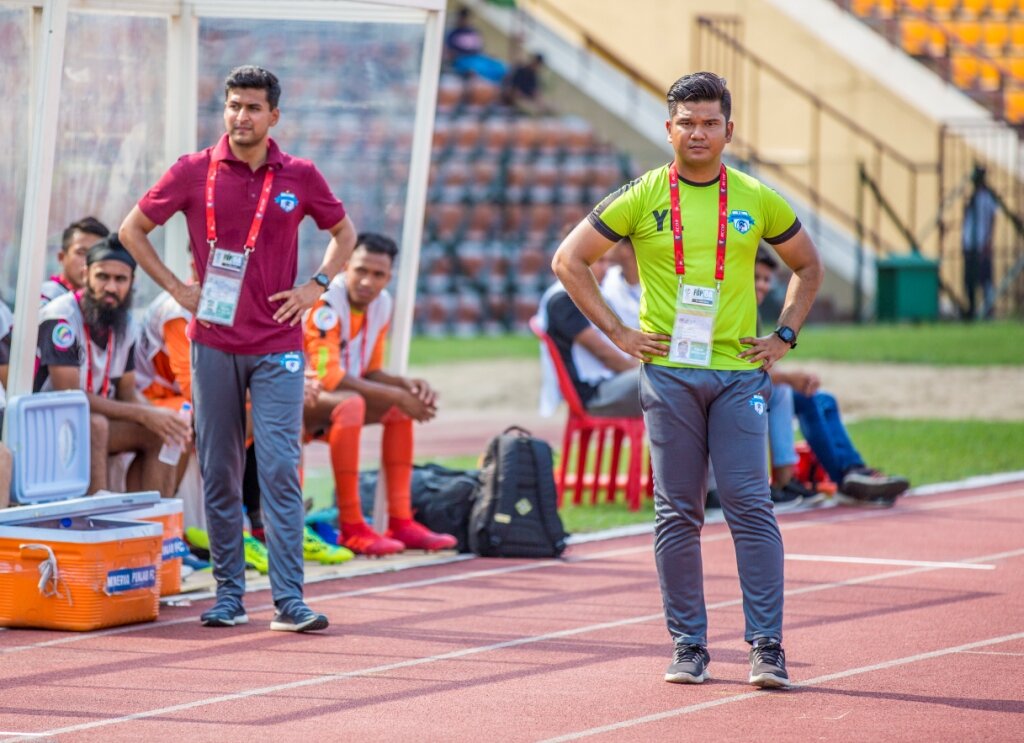 There is a new figure at the helm for Punjab FC, as Yan Law has been appointed as the head coach ahead of the new campaign. The tactician is the youngest AFC “A” License holder and has had a positive pre-season with his new team.

He will be replacing Paul Munster and will hope to have a better track record than his predecessor. The Warriors were led by assistant manager Sachin Badhade and Technical Director Surinder Singh, on an interim basis. Since then, the hiring of the young tactician is a recognition of the calibre he brings to the side and the newfound vigore could work wonders for the team.

Punjab FC have heavily invested in their squad, in order to avoid repeating the debacle of last season, where the squad looked depleted and lacking any firepower. Among a whole host of new arrivals at the club, the most notable signings are of attacker Aser Pierrick Dipanda, Teah Dennis and Danilo in defence and Sanju Pradhan in midfield.

Several players have departed from the club as part of a squad overhaul. Players such as Kalif Alhassan and Robert Primus (both moved to Churchill Brothers), Arshdeep Singh to Odisha FC and Mahmoud Al-Amnah have all left the former champions. Other departures also include Cornelius Stewart and Roland Bilala.

It will be interesting to see how Yan Law utilities the raw young talent at his disposal. Early signs from pre-season suggest that the coach will employ a 4-2-3-1 formation, with Sanju Pradhan playing as the pivot between the two holding midfielders and the attackers. This is where his years of experience will come into play. Expect the full-backs in Souvik and Munmun to push forward down the channels and provide extra width to the holding midfielders, who will be responsible for building from the back. It seems like the tactician is ready to let young players like Thoiba and Chote shoulder big responsibilities. The attack will be spearheaded by new recruit, Dicka.

Defensively, the two center-backs in Teah and Danilo will be tough to breakdown, as the new signings have shown promise in pre-season for the Warriors. They will be given protection by Amandeep and Thoiba as well.

The Warriors are defensively astute and with more recruitment in the department, their backline seems sorted for the upcoming campaign. New signings in Teah Dennis and Danilo have settled together well and are developing a solid partnership. Punjab have always been a tough team to beat, which is largely due to their defensive solidity and shape.

Having scored only 10 goals in the league last season, the attacking front looks like the weak-link in Punjab FC’s locker. However, the management has attempted to fix the attacking woes, by signing experienced attackers in Aser Pierrick Dipanda and Sanju Pradhan among others. 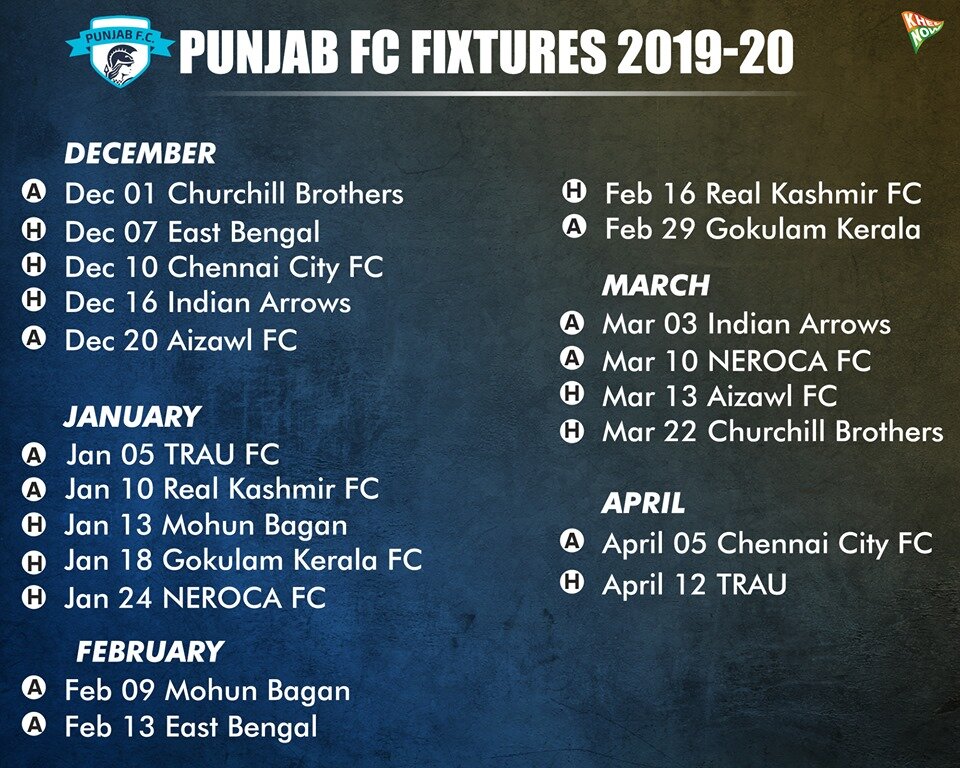 There was a time when Sanju Pradhan was considered one of the brightest wingers in Indian football and was destined for good things. However, the 30-year-old somehow lost his touch and remained on the fringes of several ISL clubs like NorthEast United, FC Pune City and most recently, Mumbai City FC. His ISL highlight came way back in 2015, when he lifted the crown with ATK.

Punjab FC have made a statement signing in securing the former East Bengal player and will bank on him to invigorate some zeal into the squad. 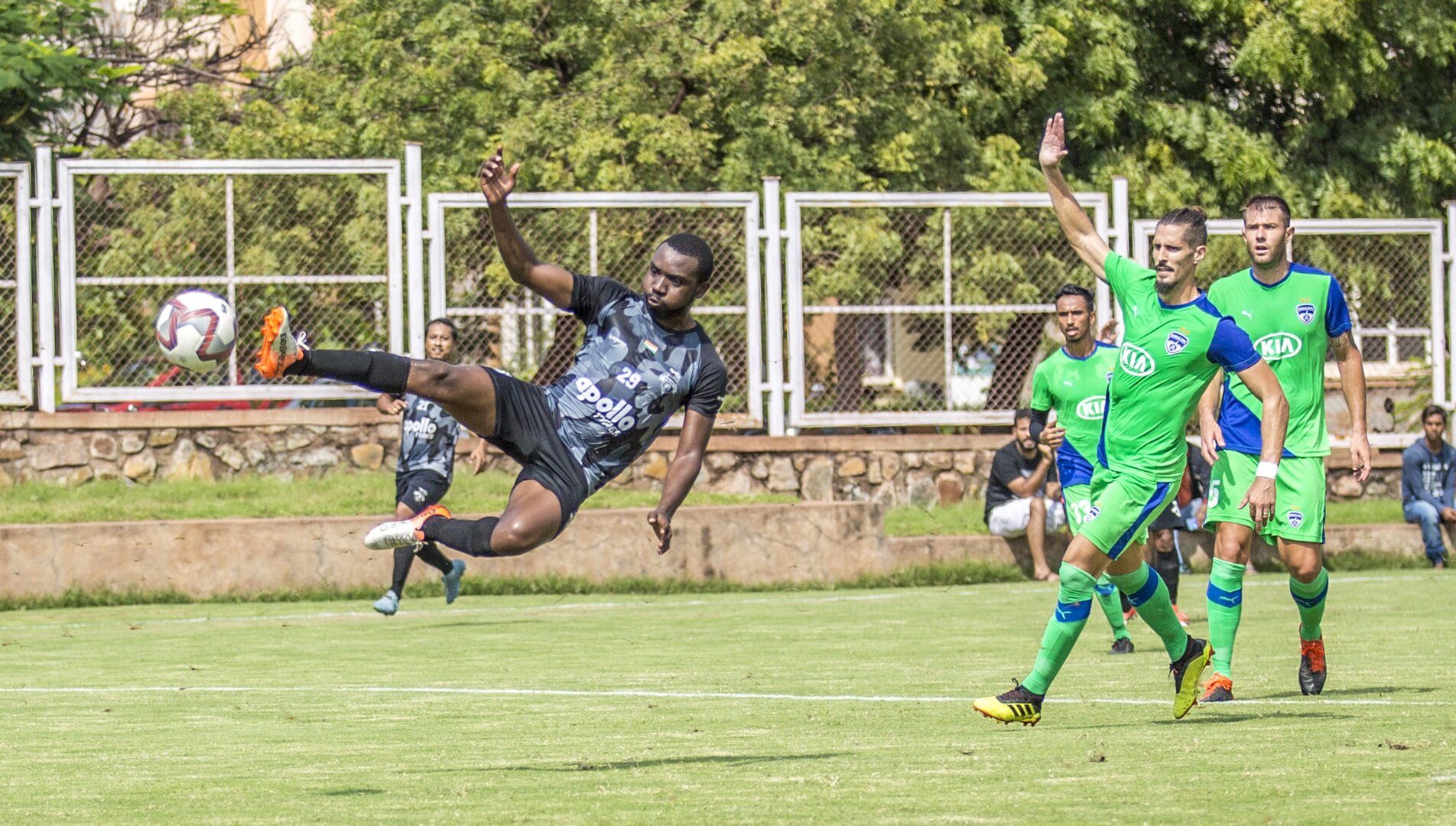 The new attacker on the block for Punjab FC is Aser Pierrick Dipanda “Dicka,” who will be leading the forward line for his new employers. Last season saw the club score merely 10 goals in the league and they desperately need their new striker to emulate his past scoring record. The forward has bagged 39 goals in 68 appearances in the I-League.

The 30-year-old Cameroonian has been impressive in pre-season as well, scoring against Punjab Police. He has featured for the likes of Mohun Bagan and Shillong Lajong as well.

This 19-year-old winger has been making heads turn at a young age and is one of the best prospects coming out of the club. He scored five goals in two matches in the Punjab Super League and also scored the solitary winning goal against the mighty Bengaluru FC in pre-season.

FC Goa Vs Mumbai City: Three key battles to watch out for

Carles Cuadrat: I don't think there was complacence in our players

Makan Winkle Chothe was promoted to the senior setup last season and played 11 games for the team. This could be the season where he finally fulfills his untapped potential and makes a starting place in the lineup his own.

Improvement from last season, at least. History is a witness to this club’s resolve and how they can silence their doubters by letting their football do the talking. The onus is on the management to keep the players focused and playing collectively as a unit.

The recruitment has been smart, the changing of name and stadium could also help the team to better their dismal performance from last campaign, as it brings a freshness to the atmosphere in and around the club.