The game will be a test for John Gregory as his team look to turn a new leaf after what has been a difficult start to the season.

Both Chennaiyin FC and Hyderabad FC have endured tumultuous starts to their campaign, with the latter just edging the points table with a single league win to CFC’s duck. The ninth and tenth placed teams in the league will do battle at the Jawaharlal Nehru Stadium in Chennai.

Hyderabad have conceded a league high, ten goals so far this campaign. Whereas, Chennaiyin are still waiting to open their goalscoring account for the season.

Defeat against Hyderabad would almost certainly see the end of John Gregory’s reign at the Marina Arena. The Englishman cut a forlorn figure as he addressed the media following the loss to Bengaluru FC, even admitting that perhaps it was time for a change at the club.

On the other hand, victory for Hyderabad would see them catapult to seven points. This means that they would be just two points obehind ATK at the top of the league.

Chennaiyin do not have any fresh injury problems ahead of this match. However, Gregory is still searching for his best starting lineup and will probably continue to experiment this time around.

Hyderabad are likely to have both Sahil Panwar and Giles Barnes back from injury, providing a much-needed boost to Phil Brown’s side that will gradually grow towards full strength.

Chennaiyin FC and the erstwhile FC Pune City have locked horns 10 times in the ISL, with the former two-time champions coming out on top in seven of the encounters. Two of these games ended in draws. 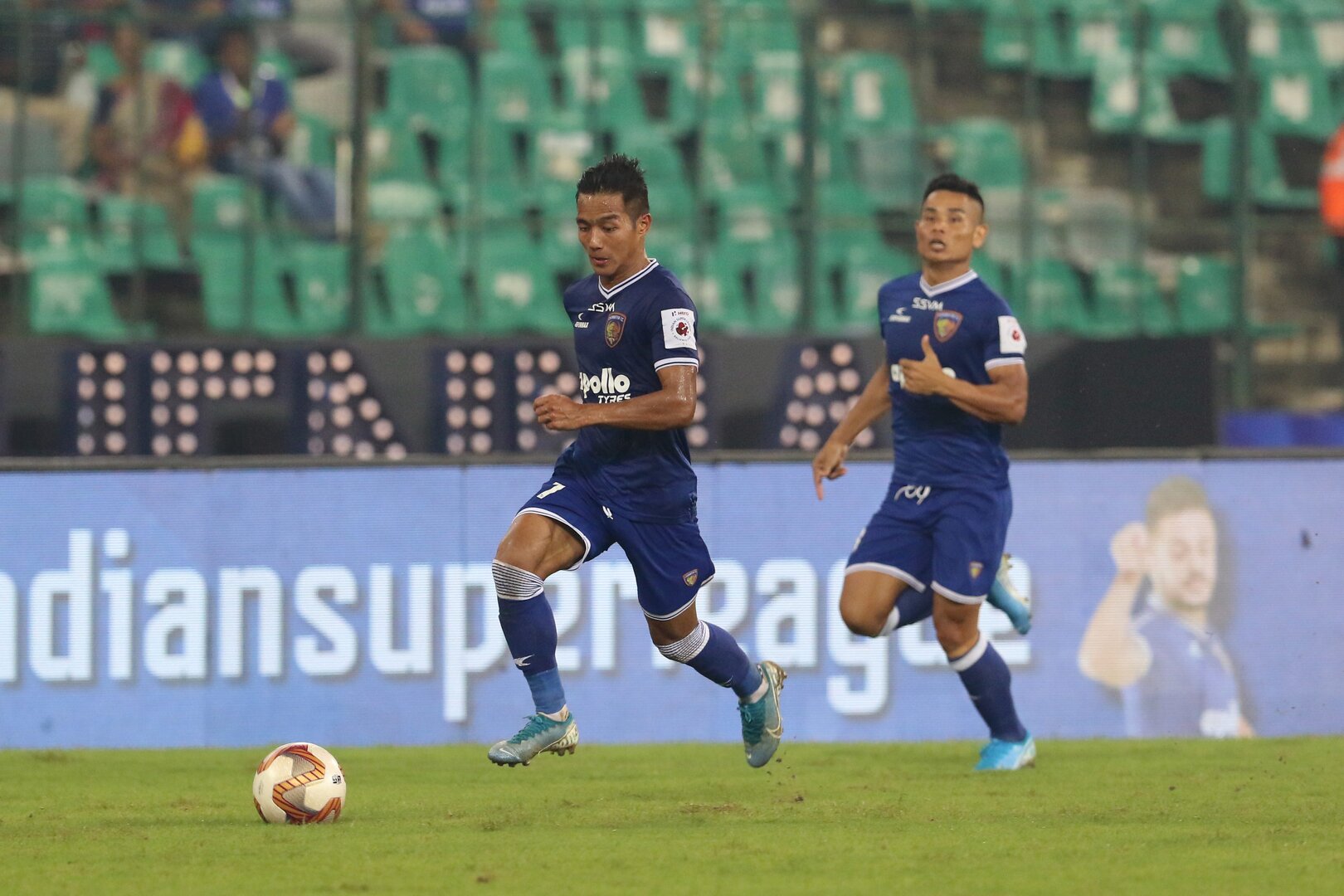 The winger was left on the bench against Bengaluru, much to the bewilderment of the Chennaiyin FC fans. Chhangte has been a bright spark in a quite dismal team and will be looking to make a mark as soon as he possibly can in terms of goals and assists.

The Austrian midfielder has been a point of consistency in an otherwise highly-inconsistent outfit. The 33-year-old has become a mainstay in Phil Brown’s team and will look to exploit the Chennai side by winning the crucial midfield battle.

The game will take place at the Jawaharlal Nehru Stadium on Monday and will be telecast live on Star Sports 2 and Stars Sports 2 HD from 7:30 PM IST. It will also be streamed on Hotstar and Jio TV.