Both clubs are struggling hard to shake down their fortunes of old identities.

Life in the Indian Super League went from bad to worse for former entities FC Pune City and Delhi Dynamos. Amidst financial snags, the two sides had to move out from their cities of base to Hyderabad and Odisha respectively.

Since the beginning of the ISL, the two clubs were always named amongst the underdogs. Seldom have they managed to qualify for the playoffs. And when they did, they would eventually get beaten up in the knockouts.

However, it has been even more heart-breaking to watch the two sides struggle this season albeit the switch in base. In this piece, we take a look at how Hyderabad and Odisha have begun their new beginning on a rather bitter note in the ISL. 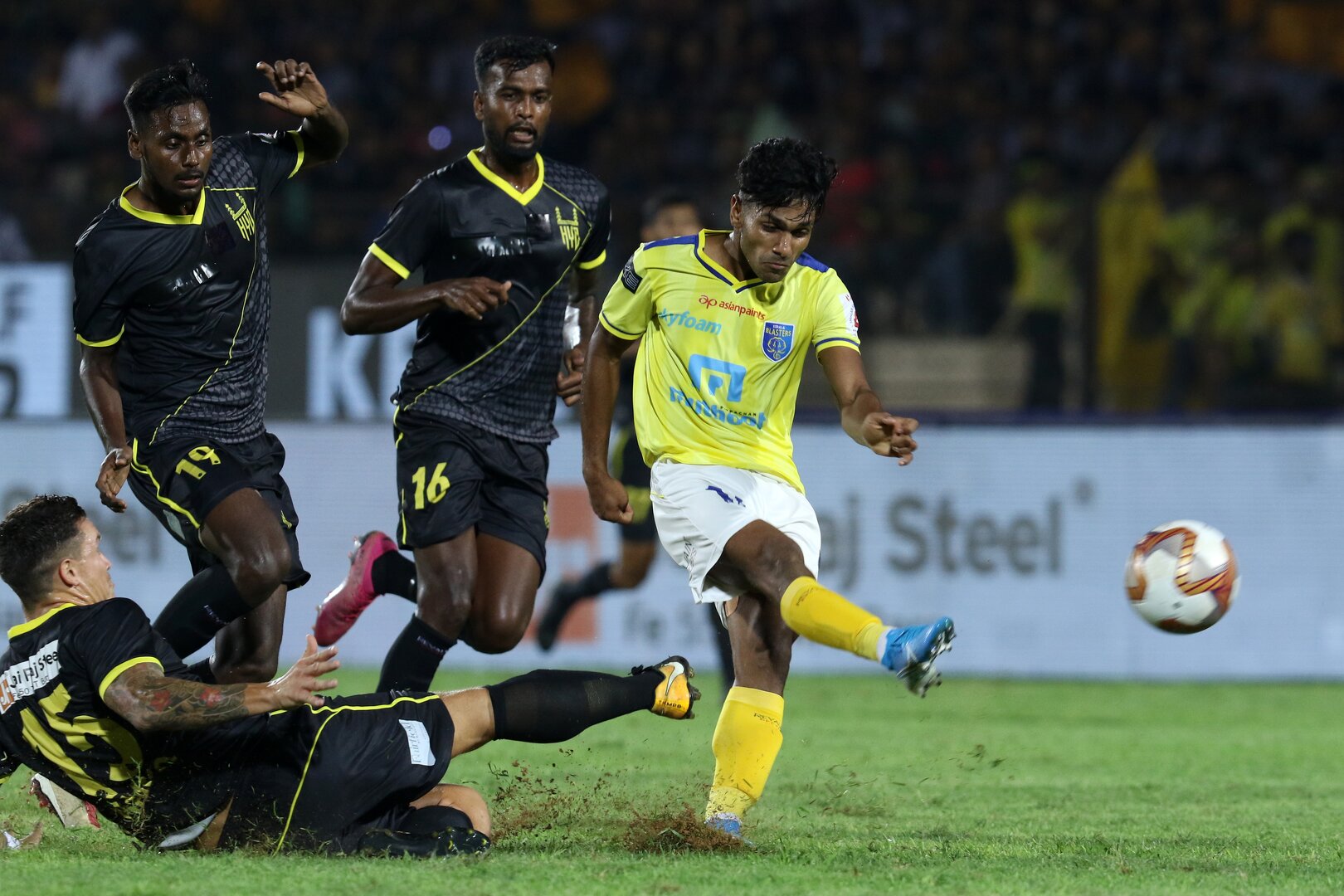 Unlike Odisha, Hyderabad has conceded nine goals in their opening three games in the ISL 2019-20 season

The start of the season was always going to be a tough for Hyderabad. Following the departures of Ashique Kuruniyan, Vishal Kaith, Diego Carlos and Sarthak Golui, the squad looked quite blunt. Yet, the club brought in several exciting names in Bobo, Matthew Kilgallon, Laldanmawia Ralte and Giles Barnes as enforcements.

However, the team was left heads-in-hands in the very opening game of the new season as ATK handed it over a 5-0 bashing in Kolkata. And piling up more misery, in the following game, Jamshedpur thrashed Hyderabad 3-1 at The Furnace. They had it coming.

Meanwhile, Phil Brown, who pulled Pune City back to winning ways midway through the season, was left in distraught too. The Englishman didn’t shy away from admitting to his side’s lack of competitiveness in either of the losses.

Adding to that, the losses in the first two games also saw Hyderabad lose the likes of Nikhil Poojary, Bobo, Barnes and Rafa Lopez to injuries. The season has just begun, but things have already started getting tougher for the team.

Nevertheless, their first home game ever turned out be a major positive amongst all. Goals from Marcelinho and Marko Stankovic helped them dump Kerala Blasters in front of 12 thousand spectators.

And talking about spectators, a score of 12 thousand is still unconvincing considering the city’s first ever stint in the ISL. Or for that matter, a bow in the top division for the first time in decades!

For Pune, the numbers were even less and they went on decreasing each season. The decrease in no. of spectators went on until a time came when there were hardly 100 people at Balewadi excluding the home and away team fan groups.

And the way things have started out in Hyderabad, the future of Gachibowli looks scary!

But moving back to the scorers, even last season, Marcelinho was the backbone of the team. The Brazilian had some contribution in majority of the goals that Pune scored. This proves that the squad is still over reliant on their skipper to score goals.

Brown sees the victory against Blasters as one of many to come. However, the way the team has performed so far is just disappointing. In all, Hyderabad is showing signs of undergoing a simple shift of name and base from Pune, rather than change in fortune. Two defeats in first three games exposed the lack of real depth and domestic talent in the Odisha team, similar to Hyderabad

Odisha FC’s birth into existence was turbulent to say the least. Before being inducted into the Indian Super League in the 2019/20 season, the camp was embroiled into off-field controversies. After constantly denying any rumours of relocation, in a huge turn of events, the hierarchy at erstwhile Delhi Dynamos announced the signing of an agreement with the Odisha government, which formalised the establishment of the “new” club.

Therefore it was confirmed that, Delhi Dynamos was now rebranded into Odisha and would now play in Bhubaneshwar. However, before playing at their new home, Odisha were to travel and play four away games consecutively.

Their first-ever ISL outing was against Jamshedpur and the stage was set for Josep Gombau. Now in his second season, the head-coach looked to secure three points after seeing their opponents go down to 10-men early. What ensued, however, was an underwhelming performance, reminding of the Delhi Dynamos days. The side ended up getting dominated by Jamshedpur (playing with a man short) and lost the game.

All that preseason excitement and the rebranded feeling came down hard. It was a reality check for everyone associated with the club, be it fans new and old. Despite changing their identity and the city, they couldn’t change the fortunes of their predecessor club. They continued to underwhelm and under perform.

Further, their second outing was away to NorthEast United. Interestingly,  it looked like the team would secure at least a point after equalising on the 71st minute. However, a late winner from Asamoah Gyan ensured Odisha remained pointless even after two opening games.

Here are the Indian Footballers who endorse international brands

Both the defeats exposed the lack of real depth and domestic talent in the team. The only bright spark that caught a glimpse was Jerry Mawihmingthanga, the new recruit from Jamshedpur. Clearly, the focus should have been on strengthening the squad and backing the manager with some ISL-established domestic players.

The silver-lining amidst all this has been the clear game plan Josep Gombau has instilled in the side. They have stuck by possession-based football which is easy on the eye. The bad luck with results finally stopped when Odisha visited Mumbai City and came away with all three points causing a huge upset. The team has shown glimpses of brilliance and the potential it can reach. However, it is the same old story carrying over from DDFC era, where the side constantly under-performed.

There is a clear parallel that can be drawn with Hyderabad who have gone through the same process of rebranding, since the ownership changed and Pune City ceased to exist. Both clubs are struggling hard to shake down their fortunes of old and have a long way to go in order to usher in a new era and forge their own identities.