The new entrants into the ISL pose a serious threat to the other teams and carry the weight of expectations from their new state of base.

Odisha FC are one of the two new entrants in the upcoming season of the Indian Super League, as the newly-formed version of the now-defunct Delhi Dynamos. Their owners, GMS Inc re-branded the club and shifted base from Delhi to Bhubaneswar. The side would be playing their matches at the Kalinga Stadium from this season onward. The owners have looked to start afresh with multiple changes and here we take you through the deeper insights of a completely revamped model of the club.

For the second consecutive season, Delhi Dynamos had finished at the eighth spot in the league table. They notched 18 points from 18 encounters, with a mere four victories overall. Two of those wins had come in the last four matches, probably a time when it hardly mattered, considering their ambitions to qualify for the playoffs.

Only Kerala Blasters and Chennaiyin FC finished below the Dynamos, whereas, they were eventually 11 points adrift of NorthEast United FC, who ended up in fourth spot with 29 points to their name.

The players of Odisha FC are currently in Doha for their pre-season engagements and practice. Former Barcelona stalwart Xavi Hernandez joined them and the squad was seen having some interactions with the 39-year-old.

Odisha have thus far played a solitary game in pre-season against Al-Arabi Sports Club. The ISL side defeated them 2-1 with new signing Aridane Santana scoring both the goals. 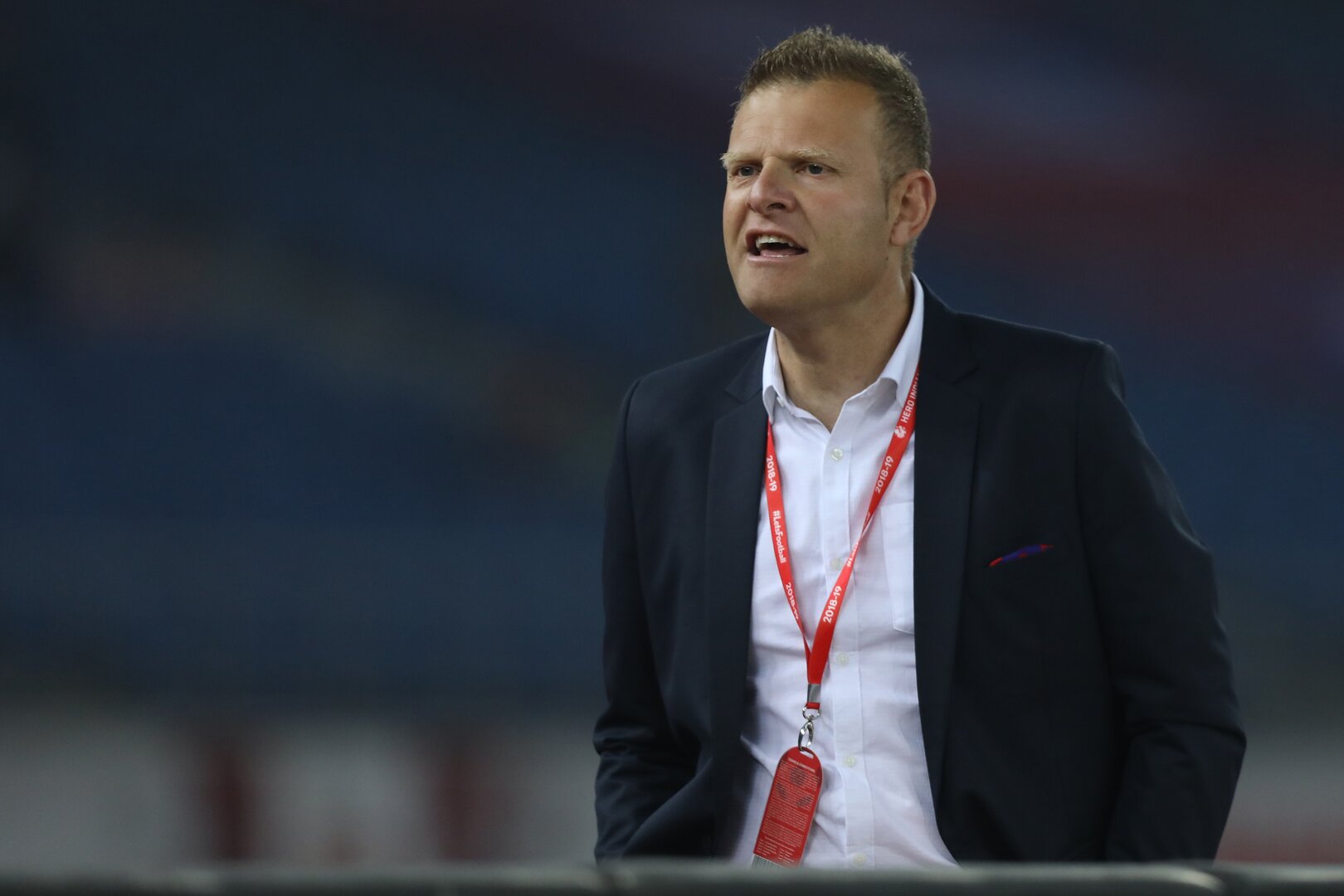 Josep Gombau will continue as the head coach of the club. The 43-year-old has been a former FC Barcelona youth coach and held various positions in their academy. Additionally, he has had previous experience with clubs such as Kitchee FC (Hong Kong), Adelaide United, Australia U-23s and the Western Sydney Wanderers as well. He joined the Dynamos on 1st April, 2018 and will continue the task with Odisha FC.

Thangboi Singto will be his assistant in the management team. The 45-year-old has managed Shillong Lajong in the past and was also the deputy/assistant coach with Kerala Blasters.

Pau Rovira Crua will be the goalkeeping coach of the side. The Spaniard joined the club last season and will continue in his role once again this time around.

Martin Perez Guedes has been roped in from Racing Club II of Argentina on a free transfer. He is an attacking midfield player.

Others who have been drafted in for free are Xisco Hernandez, Diawandou Diagne and Arshdeep Singh. Diagne is a defensive midfielder, whilst Hernandez plays as an offensive right flank player.

Meanwhile, Aridane is a 32-year-old forward, who has previously featured for Cultural Leonesa, a third-tier Spanish side. He will now play for Gombau’s team, as the club have secured a  year-long loan deal.

Jerry Mawihmingthanga is a credible addition to the squad. Other signings include the likes of Gaurav Bora, Ankit Bhuyan and Carlos Delgado. Gombau lined up the Dynamos in a variety of formations last year. In their last league game against ATK they played in a 4-1-4-1 formation. However, they also varied regularly between 4-2-3-1 and 4-4-2 as well.

The Dynamos often failed to score many goals last season and that could be zeroed down to their inability to create chances, as well as the lack of a potent goalscorer.

Both these areas have been addressed in the transfer market, as they have lured in the likes of Mawihmingthanga and Santana. Jerry might play behind Aridane in the No. 10 role and could be expected to link the defensive midfield with the forward line, through his swift playmaking skills. He will be flanked by Xisco and the club’s mainstay Nandhakumar Sekar.

On the other hand, Nandhakumar and Lallianzuala Chhangte were two sure starters for the club, even when their form was in the doldrums last season. With the latter’s move away, the focus and limelight would drift towards Nandhakumar and he would hope to do justice to that, through his performances from the offensive left flank.

A potentially new-look set of forwards can be banked upon to resolve their major woes from the previous season. Diawandou Diagne has been brought in to partner Vinit Rai in defensive midfield, hence adding more steel and solidity to that section of Odisha’s gameplay.

The midfield department has to be Odisha FC’s topmost strength in the upcoming season. This is because of the sole fact that they possess a variety of them, ranging from defensive to radical to the offensive side. Rai and Digne would be tasked with covering up for the backline, whilst Marcos Tebar would aid them in the same too.

Martin Perez Guedes might be reduced to a backup role, with Jerry occupying the No. 10 position behind Aridane. Xisco Hernandez is a fantastic addition to the right wing, with his quality and experience possibly assisting the forward line to pounce on more goalscoring opportunities.

Among all the departments, Gombau’s side look most well-equipped in midfield.

However, they might possibly be lacking in numbers in the defensive line. Pradeep Mohanraj looks to be the only cover in place of Narayan Das in the left-back slot and this could arguably come back to torment the team. Furthermore, Carlos Delgado and Bora could form a formidable duo at the centre-back position. However, their backups comprise of Rana Gharami and Amit Tudu, who quite possibly do not evoke the same sense of confidence that the first-choice defenders do. The squad’s backline could viably end up in a sort of trouble during some point of the season. Xisco joins the ranks at Odisha after winning the league with Bengaluru FC last season.

The Spaniard has joined the team after spending a season at Bengaluru FC.

The 30-year-old is not necessarily a very potent goalscorer, as he has entered the double-digit mark in terms of goals scored only once in the past few years, with Atletico Baleares in 2016/17.

However, he brings in a calm head, a diligent, tenacious attitude on the flanks and he’s someone who is always on the lookout to create more chances for the striker upfront or the other more attacking midfielders. It will be interesting to witness how he turns up for his new club this time around.

Aridane Santana has been roped in to find a solution to the team’s goalscoring woes and right now, he looks to be the right man to answer for the same. It is only a loan deal as of now, but Odisha would definitely be hoping that he comes good.

At 32 years of age, he is certainly not at the very peak of his powers, but has still racked up thirty goals combined in his last two league campaigns. 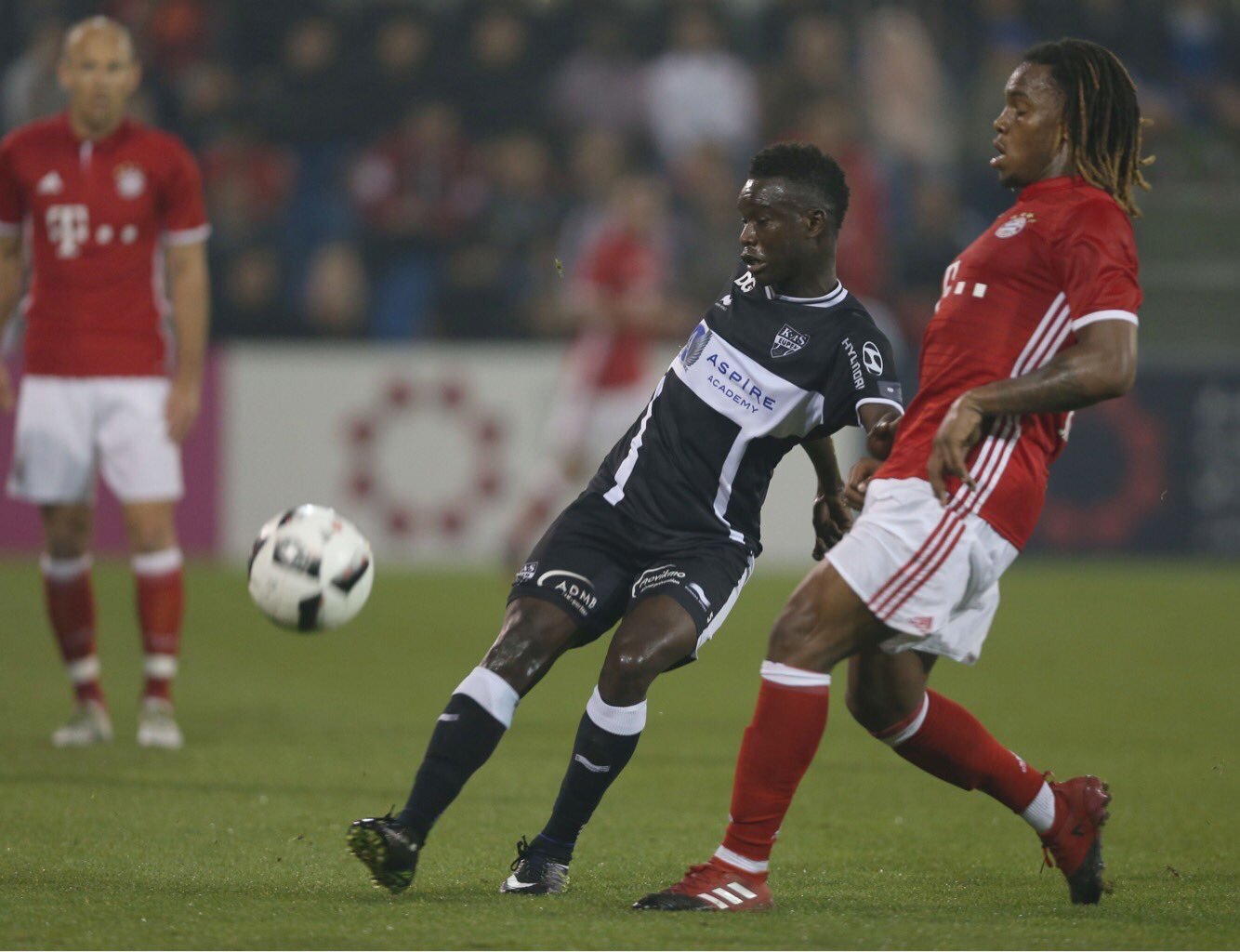 The former Barcelona B midfielder will be a player to watch out for in the league this season.

Diawandou Diagne hails from Senegal. The 24-year-old is an extremely viscid screening midfielder, whose dogged nature ensures that the defensive line has ample security and shield right in front of them.

Most importantly though, Diagne’s education in football has been aided by FC Barcelona’s B team, with whom he had signed a three-year contract back in 2014. He made 27 appearances for them and was even called-up to the senior squad for a Copa Del Rey match against SD Huesca at the fag end of 2014.

Approaching his mid-20s, he would add a lot of energy to Odisha’s defensive midfield and the coach would hope that he applies the tactical acumen that he must have garnered whilst spending time with the Catalan club early on in his career. The Delhi Dynamos endured a very disappointing season last time around, under the stewardship of Josep Gombau.

Approximately seven new first-team players have been lured in to the squad by Odisha FC. All of them add some newer outlooks and dimension to the squad, which could be directly related to their prospectively improved on-field performances. One can look forward to a bright season from Odisha FC’s perspective, with them possibly bettering their performances from the previous two seasons.