Selecting a team for this gameweek will be crucial considering the previous round of fixtures over the weekend.

Fantasy Premier League: It was Liverpool’s week yet again as the Reds delivered a crunching push to their title chase with the trailing pack slipping out. Klopp’s men outlasted Brighton deep it being down to 10 men and their victory sweetened by West Ham ‘s victory over Chelsea and Manchester City’s stalemate against Newcastle.

Arsenal and Manchester United too followed suit with 2-2 draws against Norwich and Aston Villa respectively. Top four contender, Leicester City, managed to maintain their foothold in the title race with a thrilling victory against Everton.

James Tarkowski contributed one point to the total. Harry Kane, Lundstram, Soyuncu, Robertson, McGinn, Tielemans and Jorginho got two points each to cap a disappointing performance.

The average for the week was 51 points.

Lys Mousset’s current form has been noticed. The team is need of a cheap but dependable striker and therefore Jordan Ayew is replaced by the more productive Sheffield striker.

Jorginho’s lack of productivity has also been a cause for concern but he is given one more chance to prove himself.

The formation is 4-4-2 again. Rui Patricio features in goal ahead of Tom Heaton. The Portuguese has an easier fixture against West Ham this week compared to Heaton’s Chelsea away from home. 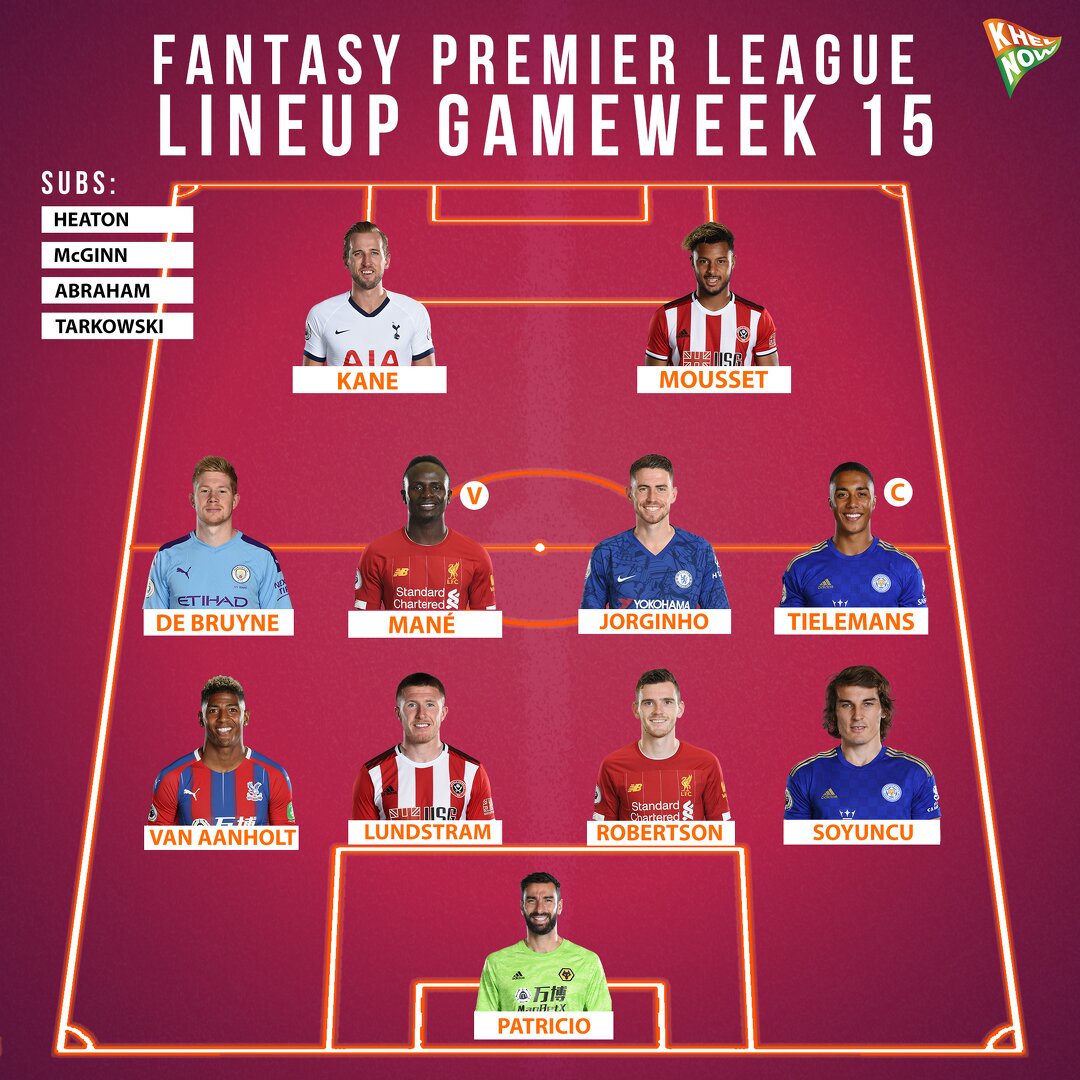 Andrew Robertson, John Lundstram, Patrick van Aanholt and Caglar Soyuncu start in a four-man defense with James Tarkowski moving to the bench as his side is facing Manchester City this week.

It is Kevin De Bruyne, Sadio Mane, Jorginho and Youri Tielemans in the midfield this week, with the Leicester midfielder, whose side faces struggling Watford at home, the captain for the week.

Harry Kane and Lys Mousset start ahead of injured Tammy Abraham this week. Sadio Mane is the vice-captain for Gameweek 15.

Brighton and Aston Villa face two consecutive tough tests as they both battle away from home against Arsenal and Chelsea respectively. Liverpool aims to continue their unbeaten crusade against Merseyside rivals Everton while Manchester City is away at home to Burnley.

It is a return to Old Trafford for Jose as Spurs face Manchester United in the match to watch this week.