The Blue Tigers will crave a victory when they visit the in-form Reds in their next World Cup Qualifying fixture.

The performances of India have gone downhill in the 2022 FIFA World Cup Qualifiers ever since their 0-0 away draw against Qatar and they face Oman in their next match. Igor Stimac’s men are still winless in this campaign and have registered a disappointing hat-trick of draws. The latest one came against Afghanistan in Dushanbe, where Seiminlen Doungel’s header in the dying embers of the game salvaged a point for the Blue Tigers in a 1-1 stalemate.

Adding to the misery, the Blue Tigers are yet to score from open play, with all their three goals coming from set-pieces delivered by one man, Brandon Fernandes. Therefore, the importance of playing Oman away from home goes without saying and after a string of drab and disappointing performances, it is time for India to fight back and prove their mettle against Erwin Koeman’s side.

They take on an Oman team who are currently second in their group just behind Qatar and have comprehensively beaten Bangladesh 1-4 away from home. So, it will be an uphill task, as India also lost the reverse fixture at home after having been in the lead for the majority of the game. Here are the top five battles which can change the course of the game against Oman and India.

One of the decisive duels will be between India right-winger, Udanta Singh and Oman left-back, Ali Al-Busaidi. The Bengaluru FC man has pace on his side and he will be one of India’s attacking outlets against the Reds.

Similarly, Al-Busaidi will look to contain the youngster and make forward runs to assist his wingers. The 28-year-old defender has ample experience playing in Erwin Koeman’s system and breaking him down from the right side will be a challenge for Udanta.

Oman’s most prolific goalscorer, Muhsen Al-Ghassani will be up against India’s shaky defence, led by the experienced Adil Khan. It will be a great battle between the two players, a battle which could decide the fate of the match.

Adil has been tireless in his approach in recent times, especially with Sandesh Jhingan out injured. However, in spite of his best efforts, the Blue Tigers have managed to keep a clean-sheet only once in the qualifying campaign till now. While Al-Ghassani has been in red hot form scoring twice in their 4-1 win over Bangladesh last week. 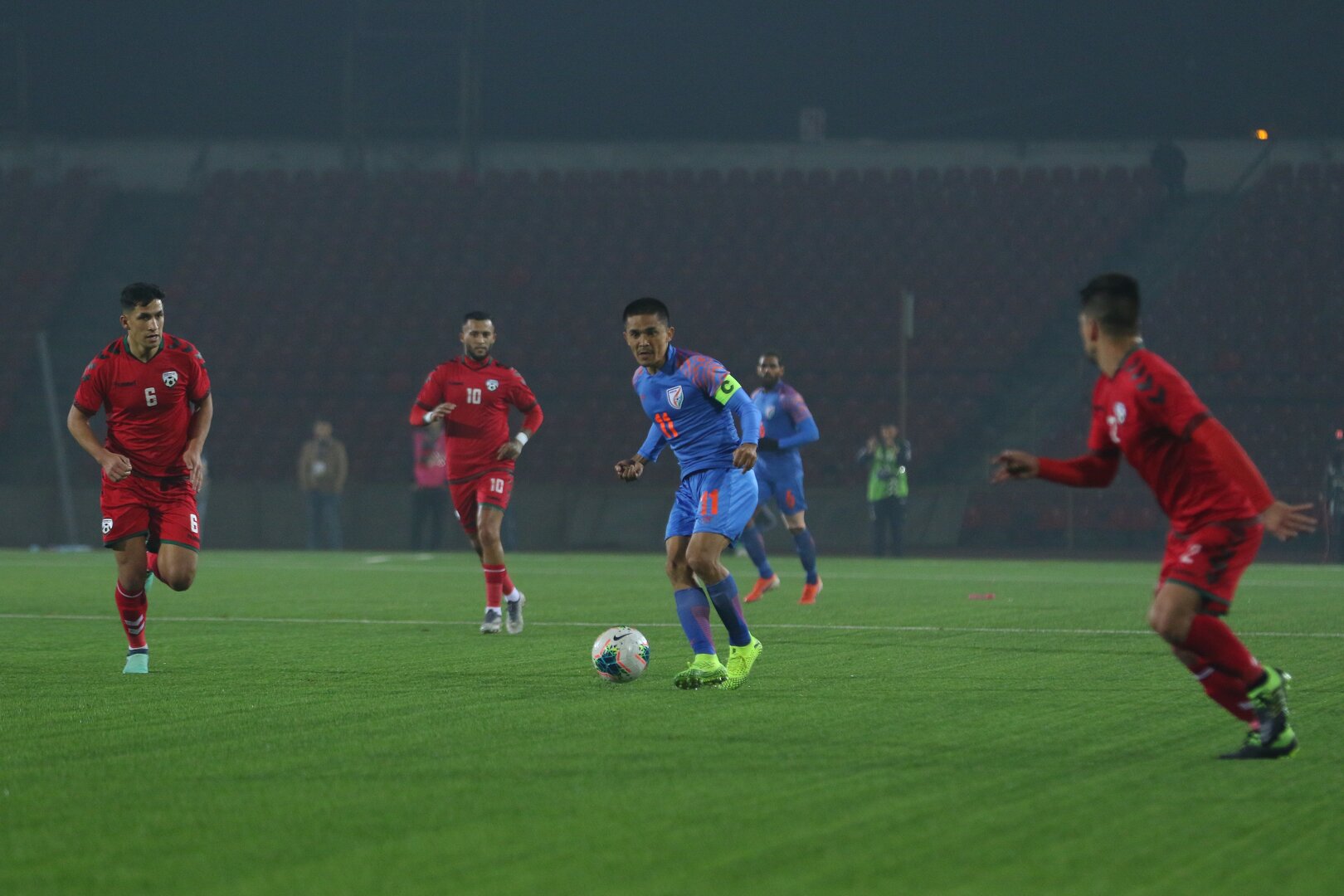 One does not need to point out Sunil Chhetri’s importantance to this Indian side. The 35-year-old is going through a rare rough patch and has squandered multiple chances in the last two games, which is very uncharacteristic of him. However, India’s record goalscorer needs to step up and deliver on Tuesday night.

Mohammed Al-Maslami plays his club football in Qatar for Dhofar FC, just like most of his compatriots in defence. Hence, the communication and understanding between them ought to be seamless. Chhetri scored in the reverse fixture and Erwin Koeman will be wary of the threat he poses. Therefore, Al-Maslami may get the responsibility of keeping India’s talisman at bay.

This midfield duel can dictate the overall gameplay of both sides and will be very interesting for the spectators. The experience of Ahmed Kano in the middle of the park will be instrumental in thwarting Indian attacks.

Brandon Fernandes’ attacking panache and knack of finding bodies in the penalty box has been the driving force for Igor Stimac’s men. The FC Goa midfielder has been the creator of all the three goals India have scored in the qualifying campaign, which also includes the one he assisted Chhetri for against Oman. So, Kano will keep an eye on him and will try to restrict him from venturing forward.

The man who broke Indian hearts in Guwahati after he scored two quickfire goals to complete the comeback for Oman late in the game, Mandhar Al-Rawi. The 24-year-old left winger will again look to make marauding runs down the channel and considering India’s shaky backline, especially in wide areas, Al Rawi once again emerges as a primary threat.

The winger is coming into this game with form on his side, having scored against Bangladesh last week and he will look to do the same against the Blue Tigers. Pritam Kotal, who is likely to start again in the right-back position will have to be very alert with his movement, as the ATK defender cannot afford a mistake in the final third against Al-Rawi. It will be a tough test for Kotal, but if he manages to standout and neutralize the attack from their left flank, then India will have an upper hand in the game.