The Men of Steel have put together a robust squad for the upcoming season after nearly missing out on the playoffs last campaign.

It has been two seasons since Jamshedpur FC have had a team in the Indian Super League. Despite the joy of supporting a local team, the people of the city have been disappointed with the side, as they have failed to make it to the playoffs in either of their first two campaigns. So, the honeymoon period for the Men of Steel is definitely over and now new Spanish coach Antonio Iriondo is at the helm to take the club to greater heights in the upcoming term.

Jamshedpur FC finished last season in fifth position in the league table, only two points shy of the playoffs spot. The Men of Steel could muster 27 points in total with six wins, nine draws and three losses. While Cesar Ferrando’s men were pragmatic in their approach, they scored 29 goals and conceded 21. Their inability to close out games and outscore their opponents came back to haunt them at the end of the season.

Jamshedpur FC played out a 3-3 draw against Real Kashmir in their first pre-season match, where their foreigners Piti, Sergio Castel and Noe Acosta all registered their names on the scoresheet. The Men of Steel also played against ISL outfit Chennaiyin FC, winning 4-3, as new signing CK Vineeth scored a brace. Their latest pre-season match was against I-League side NEROCA FC, which ended in a 1-0 win for the ISL outfit and the solitary goal was scored by Castel from the penalty spot. 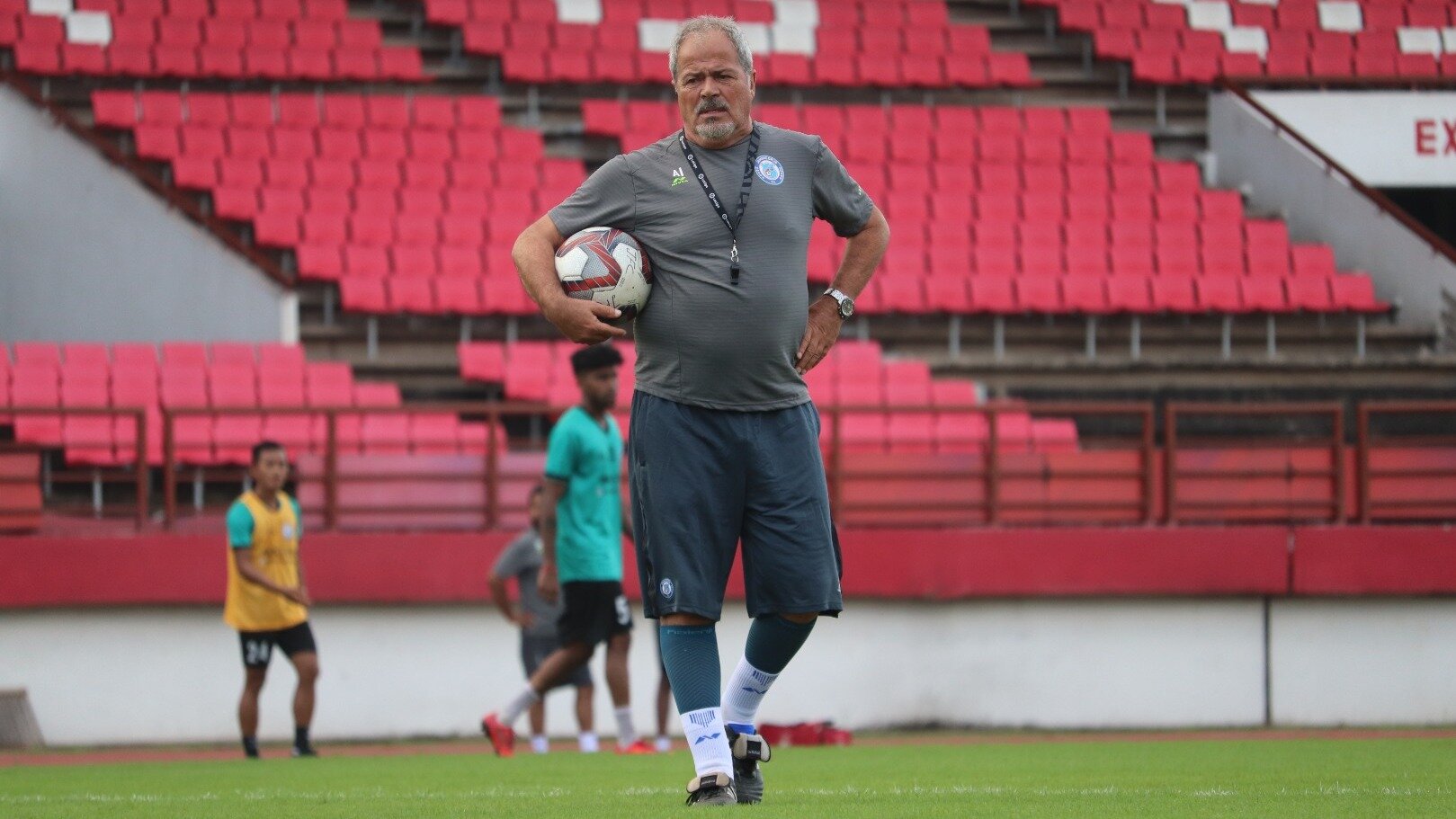 Antonio Iriondo is a highly experienced and knowledgeable man, who has managed multiple clubs like CD Toledo, CD San Fernando and Rayo Majadahonda in the Segunda Division B in Spain.

His biggest highlight in a 27-year long managerial career has been when he had a three-year spell with the Rayo Vallecano B team and briefly took charge of the main side in La Liga for a nine-match spell in 2003. The Spaniard’s most recent stint came with Madrid-based Rayo Majadahonda, where he resigned after a seven-year spell in June this year.

The Jamshedpur FC management has made wholesale changes to their squad and that is a positive sign for the club. Also, with an experienced coach and interesting Indian talents, the Men of Steel are up for an exciting season.

With the new Spanish coach, a new Spanish quartet has joined Jamshedpur FC, which includes players like Piti, Aitor Monroy, Noe Acosta and Sergio Castel. Piti looks like the most experienced foreign player this season with loads of La Liga experience. He will be the main creative outlet for the Men of Steel. In support will be players like Acosta and Atletico Madrid academy graduate Monroy.

Indian youngsters like Amarjit Singh Kiyam and Narender Gahlot have joined the side after making their national team debuts recently. Talented prospects like Jitender Singh, goalkeeper Niraj Kumar and Aniket Jadhav will also bolster the options for Iriondo. Vineeth has been the biggest domestic signing for the Men of Steel this season, as the former Kerala Blasters man will look to find his shooting boots again. 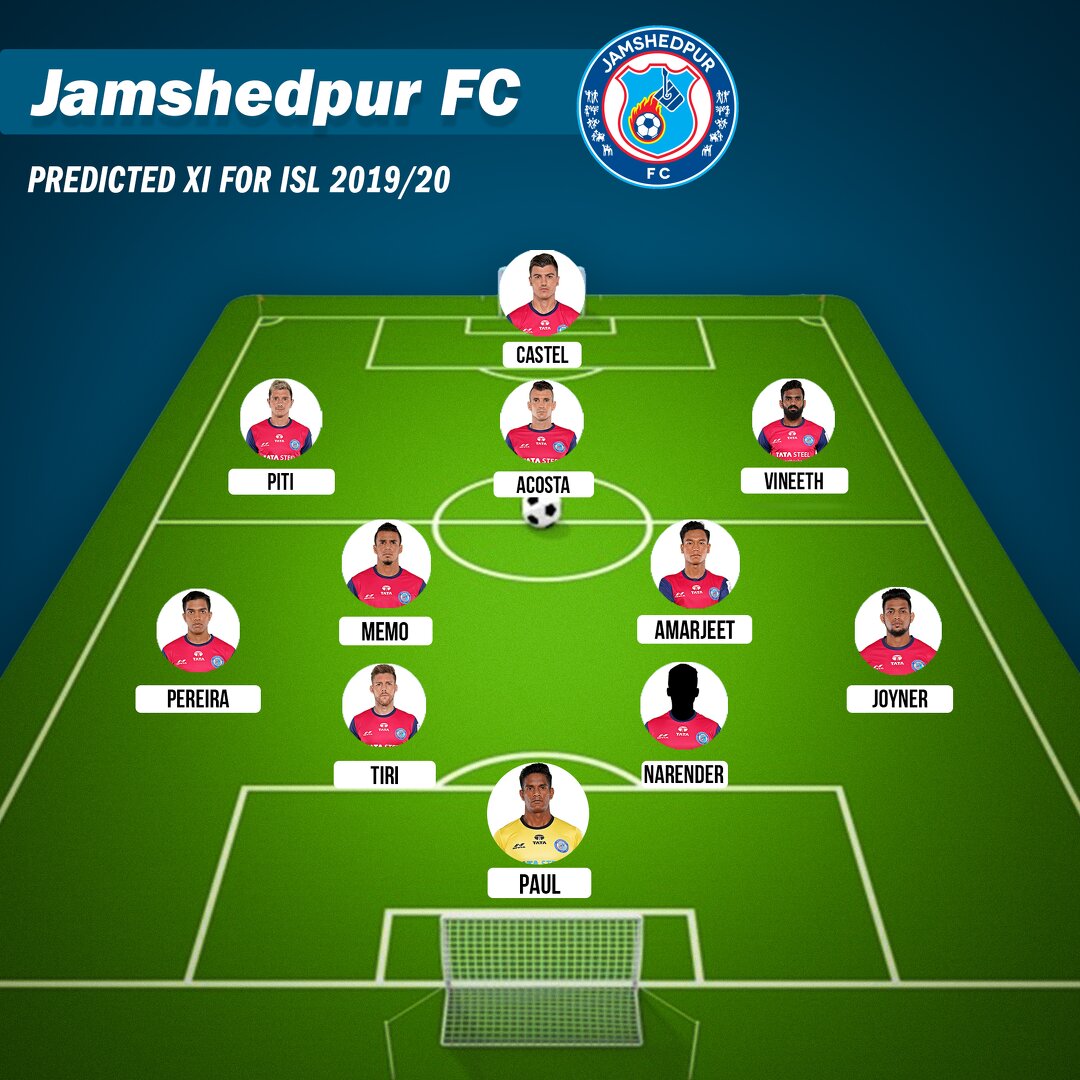 Under Iriondo, Jamshedpur FC are likely to play a 4-2-3-1 formation, with Castel leading the line. Tiri will marshal the backline alongside Narender, with Pereira on the left and Joyner Lourenco on the right. In goal, the veteran Subrata Paul will be present.

Piti, 38, who looks to be the chief playmaker of the team will start as a left winger and drift inside as the game goes on. The former Rayo Vallecano man has great abilities on the ball and is also exceptional from set-pieces. Memo and Amarjit will form the double pivot in midfield, allowing the likes of Vineeth and Acosta to run in behind the opposition defence.

Acosta will primarily start in the hole behind the striker, but may drift wide exchanging roles with Piti to keep that spark in attack. National team players like Sumeet Passi and Farukh Choudhury will provide tough competition for Spanish striker Castel upfront. Farukh can even slot in on both flanks, if required. Spanish midfielder Monroy and experienced Indian campaigner Bikash Jairu will also be fighting for a spot in the starting XI. Since Amarjit Singh Kiyam picked up an injury and is currently recuperating, it is highly unlikely the young midfielder will start in the middle of the park for the Men of Steel in first few gameweeks. Considering his absence, Antonio Iriondo might go for more experience in the midfield, which would enable his side to unlock top defensive sides in the league.

Retaining some of their core players like Tiri, Memo, Paul, Robin Gurung, Choudhury and Passi and bringing in others like Kiyam, Vineeth and Lourenco has added more depth to the team considering the gruelling ISL season.

This Jamshedpur FC team will not have to learn from scratch, as they have already known the Spanish tactical blueprint because of their tenure under Ferrando last season.

Too many new players. The foreigners will take time to settle in a new country and alien conditions. Hence, cohesion will be an important issue.

While both Jitendra and Narender are talented defenders to partner Tiri, they are both inexperienced and are bound to make mistakes. Those could be costly for a team over the course of a season.

Lack of depth in midfield in terms of Indian options. Amarjit and Jairu are good options, but other than them academy player Mobashir Rahman and former Chennaiyin FC man Isaac Vanmalsawma, will have to punch way above their weight to make a mark in this team. The experienced Spaniard has proven his mettle in the Spanish top division with multiple teams and will bring all that experience to Jamshedpur FC. The 38-year-old may have passed his prime, but his creative output will provide the cutting edge for the Men of Steel. Piti is also exceptional from set-pieces and will be the creative nucleus of Iriondo’s side.

The Spaniard has been a defensive mainstay for Jamshedpur FC ever since he joined the club from ATK. Tiri is now an experienced campaigner in India and has been a consistent performer with Jamshedpur. The 28-year-old Spaniard from Cadiz is also set to lead the Men of Steel this season. His presence in the backline will provide added assurance to the fans and coach. 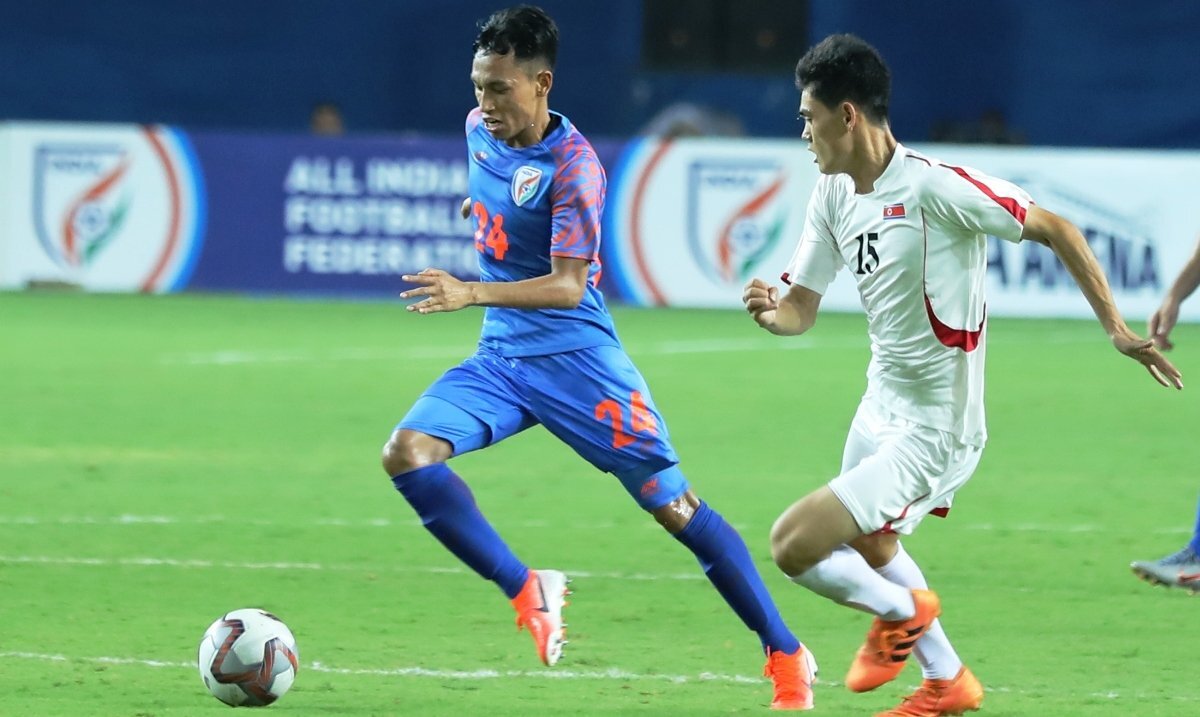 The breakthrough star of Indian football, Kiyam has gone from strength to strength ever since leading India in the FIFA U-17 World Cup in 2017. Ever since the tournament, the Manipuri midfielder has broken through into the Indian national team and has richly impressed head coach Igor Stimac with his performances. He will look to do the same for his new club.

Antonio Iriondo: Tiri doesn’t have a fracture in the ribs 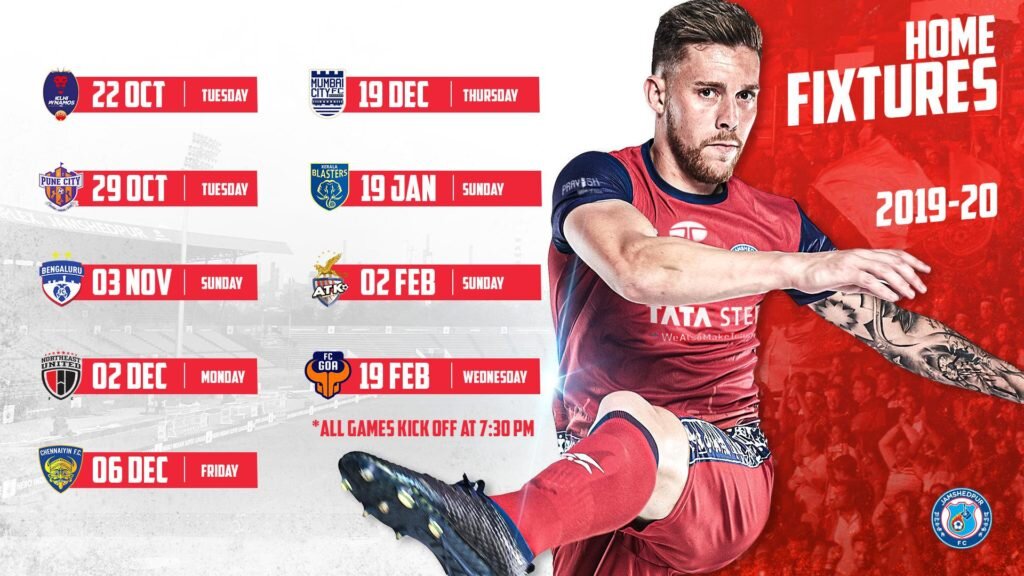 Considering that they have a new bunch of foreign players and overall a new setup, it will take time for the players and the coach, along with his support staff to settle in new conditions. Therefore, Jamshedpur FC may again come close to the playoffs and will be dark-horses in the league. Their Indian talents are pretty exciting and inexperienced at the same time. They will be put to the test in the season ahead. However, if the foreigners find their feet early in the season and get the combination right with their Indian counterparts, then the Men of Steel can create history by qualifying for the playoffs.