Football is considered as a religion in the City of Joy and despite one of the greatest rivalries between the three clubs, Indian football fans come together for the nation.

In a conversation about Indian football, Kolkata must have a different section about its football legacy and contribution.

This place is the home of three of India’s oldest and most supported clubs, Mohun Bagan, East Bengal and Mohammedan Sporting. Known for the difference in culture and heritage, these clubs have carried Indian football on their shoulders for decades.

Despite being the home of the biggest football spectacle in the country, which is the Kolkata Derby, the Mecca of Indian football did not witness the national team playing for a time span of eight long years. That’s insane!

Over time, things between the two top clubs in Kolkata have taken violent shape, some even leading to deaths in the past. Despite the high security on Derby Days, fans clashed with each other and there has hardly been a “peaceful’ Derby in the heart of the City of Joy.

However, there was one thing that had the power to unite the passionate fans of these great clubs, the call of the nation. The feeling that both sets of fans have missed for a long time. The tickets for the recent game between India and Bangladesh had an immense demand and eventually got sold about 72 hours before the match day.

The preparations began way earlier than that. The rivals became brothers weaved by the tricolour of our motherland. Football in Kolkata is like a celebration, people who have been in the East Bengal or Mohun Bagan stands lately in the monsoon season can relate to this.

These fans in recent times have brought a change to the old Kolkata Maidan culture. Now, one can see smoke bombs, Pyro shows, incessant chants and even Corteo in the build-up to a game and in the stands. The rise of the Ultras culture has been brewing for some time now and all it needed was a little push of unity.

It is hard to imagine the fan bases of these two clubs coming together, as on derby days there is a flurry of constant abuse and taunts intended at each other mutually. While some issues even take the violent route.

Despite being far away in opposite stands, the fans have been seen often getting agitated after the game. There has always been a sense of mutual pride which seems to play second fiddle during the derbies, as things happen in the heat of the moment. However, hosting an India game after eight years was the major reason that brought these two fan bases together.

In an inside story of the Blue Pilgrims’ 12th man tifo, they revealed that the Mohun Bagan fans came forward and painted the East Bengal jersey and vice versa. Both sets of fans also helped paint the Mohammedan Sporting jersey. Therefore, breaking the prejudice and once again proving that the call of the motherland is way ahead of any rivalry.

The East Bengal Ultras also had a tifo of their own, beautifully presented in a Times of India edition. The news that all Indian football fans have been dreaming of- qualification for a FIFA World Cup. The work of art was appreciated by millions of fans worldwide, as the Indian daily also mentioned it in their following edition as a gesture of appreciation.

The fans gathered and this time the national team captain, Sunil Chhetri did not have to post a video on social media to fill the stands. Kolkata truly knows how to cherish their football and footballers. Despite the result, the fans were the true winners. With a record audience of about 61,486 people, it was truly an overwhelming feeling during the national anthem.

Stephen Constantine: We've not come here to lose the game

However, there was also some heartbreak, as the Bidhannagar Police heckled and harassed fans for taking tifos inside the stadium. These people worked day and night, in scorching heat and rain. Some even missed the biggest festival here in West Bengal, the Durga Puja. Yet, their work of art which was just a token of appreciation for Indian football was not allowed in.

The fans were deprived of proper drinking water facilities inside the stadium and it is difficult for people to stay in these humid conditions for more than two hours without water. Yet they stayed and chanted throughout the game in support of their national team.

While the fans turned out in numbers, the Blue Tigers failed to stamp their authority on the game and were a goal down for most of it, until Adil Khan scored an 88th minute header to save India the blushes.

Enjoy the gallery of best banners by Indian Football fans displayed during India vs Bangladesh match. 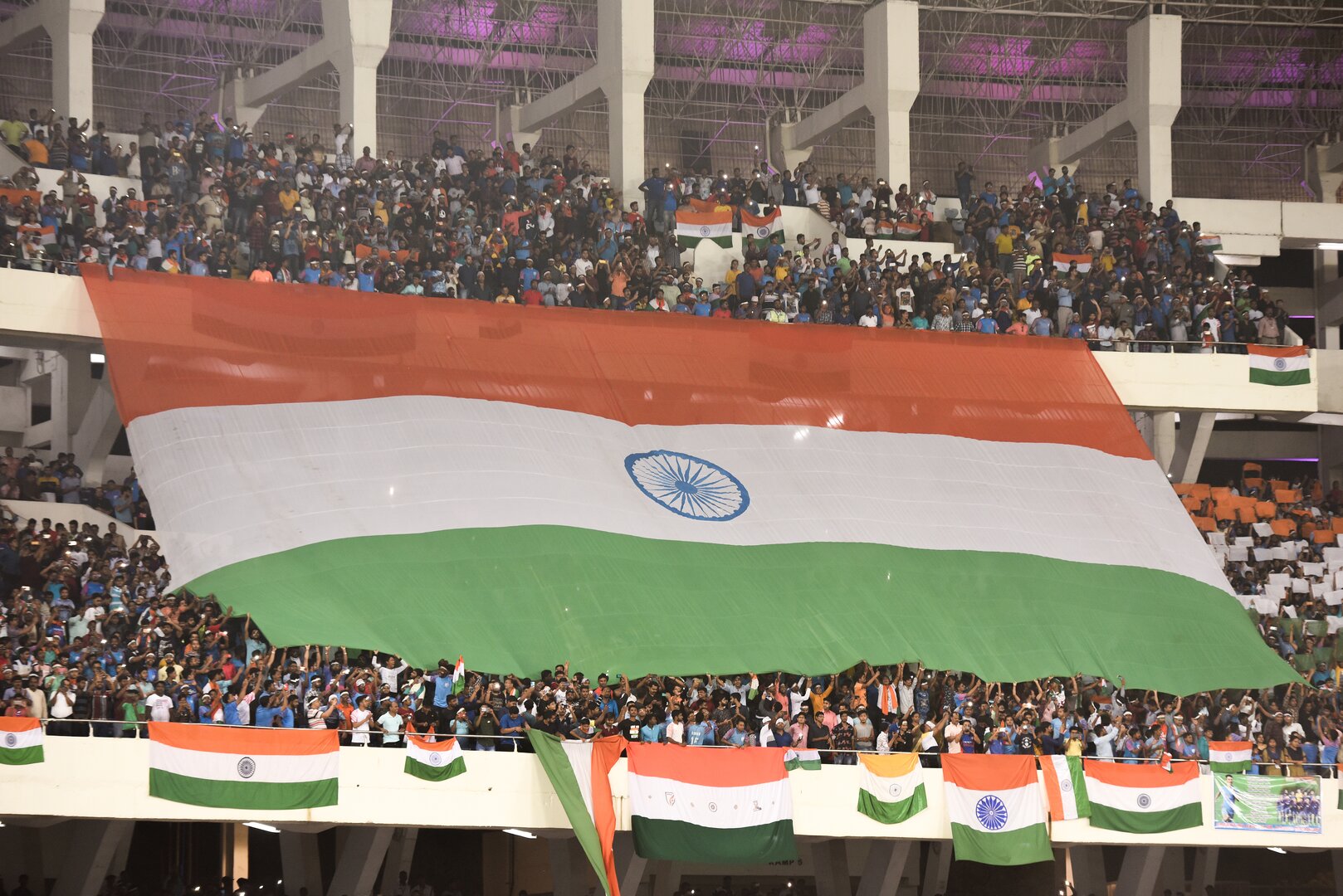